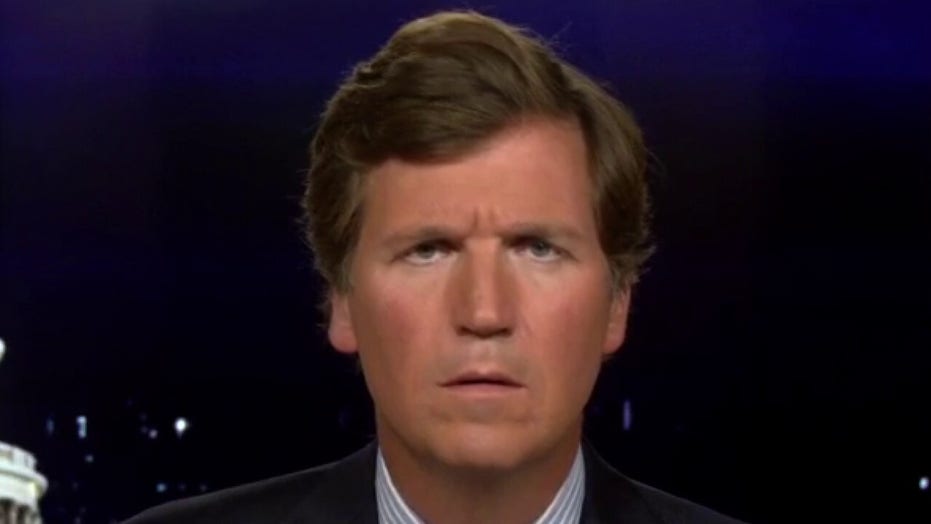 Tucker breaks down the contenders to be Joe Biden's running mate

Sometime in the next two months, a group of Democratic donors and political consultants will call each other on the phone and decide who their party's vice presidential candidate is going to be.

This happens every four years, but for the first time in memory, this is a genuinely meaningful decision.

In normal elections candidates choose running mates whose signature qualities are blandness and obedience. A good vice president is a lot like a good waiter -- he appears, takes orders and leaves. He does not talk too much. He does not express interesting opinions. When vice presidents say they serve the president, they are not being polite. They are being literal; it's a service job.

But not this year. This year, Democrats have chosen a man who can't manage the country even if he does win. His aides know that. The candidate himself seems to know that. The whole country knows it. We just don't talk about it very much.

Joe Biden's decline is so depressing to watch. It is so embarrassing and sad that most of the time, the rest of us try to ignore it and pretend everything is fine. Many of us know that someday, we will be where Biden is today. So, it feels like bad karma to dwell on it.

But the vice presidential pick forces this issue. Whoever is chosen will run the government if Biden wins. Once his advisers make that decision, they'll call Biden in his basement rec room and let him know who his running mate is. Biden will practice the name to make sure he can pronounce it. He'll fiddle with the camera on his iPad, and then he'll tell the world.

Who will it be? Well, it will be a woman, we know that much. Biden has said it. So, you can take half the country off the table right away. No man, no matter how clean, bright and articulate, is going to share a ticket with Joe Biden.

So, that leaves nearly a hundred million American women to choose from. And by the way, when Joe Biden says women, he'd like you to know he means no offense to the gender fluid, gender nonconforming, or indigenous to spirit communities, all of whom built this country and have Joe Biden's gratitude. But in this case, Biden would very much prefer a lady.

So, who is it going to be? Well, The Washington Post has already cast its vote. Over the weekend, Jeff Bezos's newspaper all but endorsed maybe the single least distinguished person ever to emerge from the Georgia State Senate and Georgia politics in general -- frequent cable news guest called Stacey Abrams.

And that's about the sum total of it. Stacey Abrams's career has unfolded almost entirely without distinguishing achievements. She does understand Joe Biden pretty well, though, and that's her main advantage. Abrams knows or senses that Biden doesn't really believe anything. He just wants to be liked, and more than anything, Joe Biden does not want to be called a racist. That's his kryptonite.

This turns out to be good news for Stacey Abrams. If it helps her get the job, she is more than happy to call Joe Biden a racist.

Whoever is chosen will run the government if Biden wins. Once his advisers make that decision, they'll call Biden in his basement rec room and let him know who his running mate is. Biden will practice the name to make sure he can pronounce it. He'll fiddle with the camera on his iPad, and then he'll tell the world.

Reporter: Do you think that not choosing a woman of color, a black woman actually is a slap in the face to the black female voters?

Stacey Abrams, former Georgia gubernatorial candidate: I would share your concern about not picking a woman of color because women of color, particularly black women, are the strongest part of the Democratic Party.

Stacey Abrams shares your concerns about not picking a woman of color, especially if that woman is her. She is very concerned about that.

It turns out that Sen. Kamala Harris has the same concern. Like Stacey Abrams, Harris recently lost an election the media predicted she would win. But unlike Abrams, Harris isn't just threatening to call Joe Biden a racist; she already has.

Sen. Kamala Harris, D-Calif., during a Democratic presidential debate in July 2019: I am now going to direct this at Vice President Biden. I do not believe you are a racist. But you also worked with them to oppose busing, and, you know, there was a little girl in California who was part of the second class to integrate her public schools, and she was bused to school every day. And that little girl was me.

In the long ignorable history of the give-me-what-I want-or-I'll- call-you-a-racist politics, that has to be one of the great moments. Kamala Harris is so completely out of touch with American life that she imagined that, somehow, forced busing was wildly popular with African-Americans.

It was not popular; it is not popular now. Why? Because busing was patronizing and destructive. It hurt everyone involved except maybe for the self-satisfied white liberals who designed it. Their kids went to a private school.

Even Joe Biden seems to have figured this out. Recently, he has been talking to a new candidate who is neither one of these, and it is Gretchen Whitmer, the governor of Michigan. Whitmer confirmed that Tuesday on NBC.

If Joe Biden were still with us, maybe he would be still moderate today. But he's not. Joe Biden's handlers are in charge now. They're not moderate.

Craig Melvin, co-host of the "Today" show: How's the vetting process going so far? You being vetted by Mr. Biden.

Michigan Gov. Gretchen Whitmer: You know what? I've had a conversation with some folks.

Melvin: How would you characterize the conversation?

Whitmer: It was just an opening conversation, and it's not something that I would call professional, you know, formalized vetting.

"A professional, you know, formalized vetting." Oh, okay, as opposed apparently to an amateur vetting, the kind you don't get paid for.

What is Gretchen Whitmer talking about? No one knows. Ask anyone who lives in the state of Michigan, they're still trying to figure out why Gretchen Whitmer banned the sale of paint and carpet in response to a pandemic.

Whitmer never explained why she did that. It's likely she has no idea of herself. Paint and carpet just seem scary to her, so she made them illegal. Then when citizens complained about this, Whitmer denounced them as racist. Do you sense a theme here? No wonder the Biden campaign called Gretchen Whitmer. They're looking for someone with deep experience dealing the race card.

We should note there are a few other possibilities, people you may not have heard of, for the vice presidential pick.

Michelle Grisham is the governor of New Mexico. Grisham spent her first year in office fighting to increase the number of abortions in New Mexico because America's birthrate isn't falling fast enough for her. Did Grisham call her opponents racist, too? Probably. We haven't checked, but you'd have to guess.

And then there's Congresswoman Val Demings. She represents Florida's 10th congressional district. Demings is not well-known, but her appearance is what Biden says he is looking for.

Demings was one of the impeachment managers during last winter's climax to the Russia insanity. Remember back when we were pretending Ukraine was somehow vital in some way? Remember that? Whatever. Nothing else. The job put her on television a lot.

Rep. Val Demings, D-Fla.: Our president put his personal interest above the interest of the nation, corrupting and cheating our democracy and he shall be held accountable.

Because you know what? Nobody is above the law.

"Cheating our democracy" -- whatever that means.

And then finally, lingering in the background like a shy teenager is Sen. Amy Klobuchar of Minnesota.

Now, in a normal political moment, which this is not, Klobuchar might be the front-runner for the job. She did surprisingly well in the first two Democratic primaries, both in swing states. She is relatively popular, serving in the state that Hillary Clinton only narrowly carried four years ago, so she could help.

She is also older. She is calmer and more experienced. At times, she even seems like she might not be a total extremist.

All of which means, Amy Klobuchar probably has no chance at all.

Weirdly, Joe Biden over his 50 years in Washington was often described as a moderate. And if Joe Biden were still with us, maybe he would be still moderate today. But he's not. Joe Biden's handlers are in charge now. They're not moderate. They've moved the poor guy so far to the fringes, Biden is now disavowing the Obama administration for being too far right.

Barack Obama movement conservative ... it's pretty amusing, really. Also, a little scary. And in the end, it probably means Stacey Abrams will get the job. We'll see.