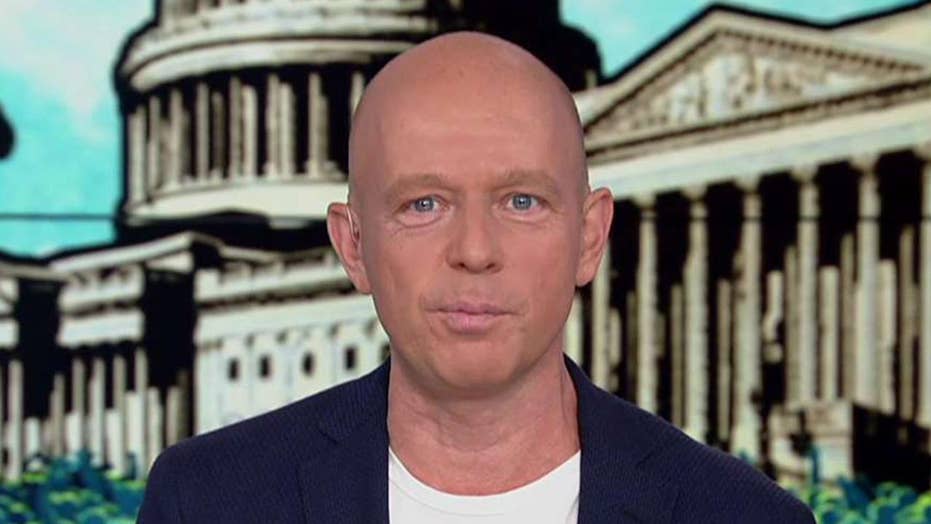 Steve Hilton: The Truth About Impeachment

Since 2016 President Trump has been focused on his promises and continues to get things done, which angers Democrats.

Over six million Americans have gotten jobs in the last three years, but close to six million are still unemployed. Household income gains under President Trump dwarfed the progress made in the Obama and Bush administrations, but millions are still finding it hard to make ends meet.

We’re spending more on education than ever before. But almost a quarter of American eighth-graders can’t read at a basic level. These are just some of the things that are, oh, about a thousand times more important than what the Democrats chose to focus their time on last week (public hearings in the Trump impeachment inquiry):

Rep. Adam Schiff, D-Calif., chairman of the House Intelligence Committee: I want to go back to that July 10th meeting or meetings.

MARK LEVIN: EX-DNC CONSULTANT CHALUPA SHOULD HAVE BEEN CALLED AT IMPEACHMENT HEARINGS

Rep. Sean Maloney, D-N.Y.: Not the one -- the very last one, the second-to-last one. Would you read that one again for me?

No, please don’t read it again.

Since 2016, President Trump has focused on his promises in an almost demented fashion. Get the economy moving; bring back jobs; renegotiate trade deals; stand up to China; appoint conservative judges; end foreign wars, build the wall; put America first.

This is why he gets into trouble. He wants to get things done and can’t stand all these stupid rules and judges, and professional politicians in Congress blocking progress.

Democrats got elected in 2018 and promised to lower health care costs, clean up Washington, rebuild our infrastructure. They’ve behaved in a demented fashion, too, not about delivering their promises, but breaking them. They've put every single ounce of energy and political capital into getting rid of President Trump.

The Democrats’ abandonment of their promises, their voters, and their responsibility to help solve people’s real-life problems is a stain on their party and frankly, all of politics. What’s going on in Washington is why real people hate Washington.

But, we promised we’d bring you the truth about impeachment every Sunday for as long as this farce goes on. And we did, in fact, learn three important things last week.

What kind of Alice in Wonderland world are we in where actual corruption is not just ignored but defended, and investigating corruption is grounds for impeachment?

One: Despite the anti-Trump cult that is ruling-class state TV screaming about yet another devastating "bombshell," we actually learned that the whole aid-for-investigations allegation at the heart of the Democrats’ case was cooked up by the officials running Ukraine policy, not President Trump. Here’s Ukraine envoy Kurt Volker.

Kurt Volker: This is an effort we are doing, that this could be helpful in getting a reset of the thinking of the president, the negative view of Ukraine that he had. And if we did that, I thought that would also be helpful in unblocking whatever hold there was on security assistance, that if there’s this negative presumption about Ukraine. Getting this stuff on track would be helpful.

And this was confirmed by Mr. Bombshell himself, E.U. Ambassador Gordon Sondland.

Stephen Castor, GOP lawyer: You testified that Mr. Giuliani was expressing the desires of the president, correct?

Castor: Okay, but how did you know that? Who told you?

Sondland: Our conclusion and the conclusion of the three of us was that if we did not talk to Rudy, nothing would move forward on Ukraine.

President Trump had a negative view of Ukraine. The officials wanted to change his mind and thought the best way to do that was to get the Ukrainians to promise investigations. That’s it. That’s what this whole thing comes down to. They’re trying to overturn an election because of some bureaucrat’s tactics for handling the president, not because of anything the president himself actually did.

Two: We learned last week that when these bureaucrats say they’re “non-partisan,” that’s not true.

They may not see themselves as Republican or Democrat, but they’re partisans in the fight between the establishment and anyone who challenges its power -- between the insiders and the outsiders, the defining fight of our age.

National security staffer Alex Vindman called himself “never partisan." But he said that while Trump asking for an investigation is “improper,” he was totally uninterested in the obvious hiding in plain sight corruption of Hunter Biden being on the board of a Ukraine energy company while his dad was in charge of Ukraine policy and channeling billions of dollars of U.S. aid to Ukraine, some of it to the Ukraine energy sector.

And that leads us nicely to the third thing we learned last week, courtesy of the pompous, sanctimonious time-waster-in-chief himself, “Shifty” Schiff. Ever since this thing started, I’ve been on the warpath against the Democrats and ruling class state TV for the way they endlessly describe Trump's alleged wrongdoing as "investigations into his political rivals."

And it was Shifty Schiff himself, of all people, who inadvertently explained why Joe Biden should be investigated.

Schiff just made my point. John Kasich may be a political rival of Donald Trump, but he wasn’t vice president in charge of Ukraine policy. Asking Ukraine to investigate John Kasich really would be out of order.

And here’s our breaking news, proving exactly why we need to ask Ukraine to investigate the Bidens. As we’ve shown you week after week, the real scandal here is cash-for-gas. The big question is how much U.S. taxpayer aid went to a Biden family business in Ukraine while Joe Biden was in charge of that aid.

Joe Biden, former U.S. vice president: I look at them and said, “We leave in six hours. If the prosecutor’s not fired, you’re not getting the money.” Well, son of a [beep] ... he got fired.

What we don’t know is how much went to Burisma, the company paying Biden's son hundreds of thousands of dollars. So, we tried to find out. We put in a Freedom of Information request and this week, we got an answer: Our government doesn’t have this information. That’s why we need to ask the Ukrainian government. 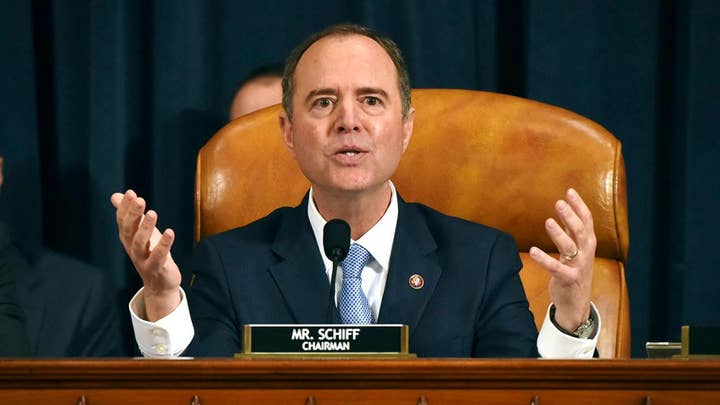 Did you see this exchange last week?

Maloney: Who would benefit from an investigation of the Bidens?

Maloney: There we have it. See?

What a self-regarding, grandstanding oaf.

What kind of Alice in Wonderland world are we in where actual corruption is not just ignored but defended, and investigating corruption is grounds for impeachment?

It’s the crazed, partisan world of Planet Pelosi, where the people are so consumed by hate and intolerance that they’ll undermine democratic norms, subvert the rule of law, destroy faith in our institutions, and divide the country just to take out their political rival because they think he’ll be reelected in 2020.

Imagine what we could have achieved if the Democrats had accepted the 2016 result, worked with this president, put the national interest first. But no -- nothing. Not a single thing from the Democrats that helps improve a single American life.

What a joke. What a disgrace.

Adapted from Steve Hilton's monologue on "The Next Revolution" on Nov. 24, 2019.