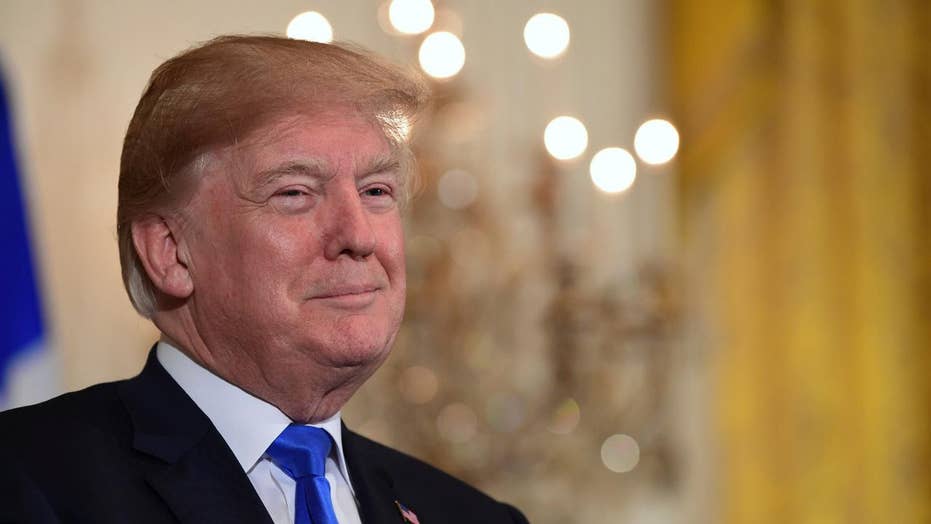 President Trump has nominated more than 150 men and women to the federal bench, including two Supreme Court justices and more than 40 court of appeals judges.

It hasn’t always been easy, and Justice Brett Kavanaugh could assure you that this is an understatement. But the federal courts now have more judges on the bench who are committed to uphold the rule of law and defend our Constitution. Perhaps that’s why another one of the president’s judicial nominees is facing serious opposition and meritless criticism.

In the coming days, the Senate will vote on whether to confirm Sarah Pitlyk, the president's nominee to the U.S. District Court for the Eastern District of Missouri.

ANDREW McCARTHY: HOW SIGNIFICANT IS REPORT ON FBI SURVEILLANCE OF TRUMP CAMPAIGN AIDE?

Pitlyk received her bachelor’s degree from Boston College, her master’s degrees from Georgetown University and KU Leuven (in Belgium, as a Fulbright Scholar), and her law degree from Yale Law School. She clerked for then-Judge Kavanaugh at the D.C. Circuit Court of Appeals and worked as an associate at two law firms, including Covington & Burling in Washington, D.C.

The American Bar Association (ABA) has praised Pitlyk’s “great intelligence, high character, and experience researching and writing briefs.” However, the group ultimately judged Pitlyk to be “not qualified,” ostensibly because she lacks significant trial experience.

Given some of the ABA’s past ratings of judicial candidates, this objection seems rather like the proverbial grasping at straws. Pitlyk has more litigation experience than Supreme Court Justice Elena Kagan had when she was nominated to be solicitor general, or Goodwin Liu when he was nominated to the Ninth Circuit Court of Appeals. Both those nominees received unanimous “well qualified” ratings from the ABA.

So why is the American Bar Association so concerned about Sarah Pitlyk?

Despite her commitment to interpret the law in light of the Constitution and precedent, for the ABA and others, the case is closed.

Because, as Sen. Mike Lee, R-Utah, recently observed, the ABA has become a partisan organization, not a neutral arbitrator. As the Judicial Crisis Network’s Carrie Severino has noted, the ABA “has a history of taking liberal positions on issues including abortion, the death penalty, same-sex marriage, affirmative action and the Second Amendment,” and this “ideological bias” has impacted its ratings of judicial nominees.

In fact, a 2012 study of the ABA found “strong evidence of systematic bias in favor of Democrat nominees.” Not surprisingly, in just three years, the ABA has judged eight of Trump’s judicial nominees “not qualified,” which is double the number rated “not qualified” during President Bill Clinton’s eight years in office.

The ABA and other leftist advocacy groups are opposing Pitlyk because she is not one of them. Pitlyk most recently worked for the Thomas More Society, a nonprofit organization, on cases involving contract, employment and tax disputes, as well as on religious liberty and pro-life matters. Not surprisingly, this last point has provoked fierce opposition from pro-abortion groups, including Planned Parenthood and NARAL Pro-Choice America, among others.

For those groups, the case is closed. Despite her commitment to interpret the law in light of the Constitution and precedent, the cases she’s litigated and the groups she’s worked for disqualify her from the bench.

This is not a new phenomenon and Pitlyk is not the first judicial appointee to be criticized simply for working on life-related cases or holding a particular religious belief. During Judge Amy Coney Barrett’s confirmation hearing in September 2017, Sen. Dianne Feinstein, D-Calif., said – referring to Barrett’s Catholic faith – “the dogma lives loudly within you, and that’s a concern.”

It was — and is — concerning that any senator would think it was appropriate to impose a religious test on a nominee for government service; Article VI of our Constitution expressly forbids such an action. But what’s also gravely concerning now is that supposed champions of diversity and tolerance — and opportunities for women to excel in their careers — would seek to bar Pitlyk from public service simply because she may not subscribe to their ideology.

James Gottry is the vice president for public policy at the Dr. James Dobson Family Institute. He leads the effort to monitor current events and legislative measures that impact the institution of the family and culture. He earned his law degree from Vanderbilt Law School and is a member of the Arizona Bar.