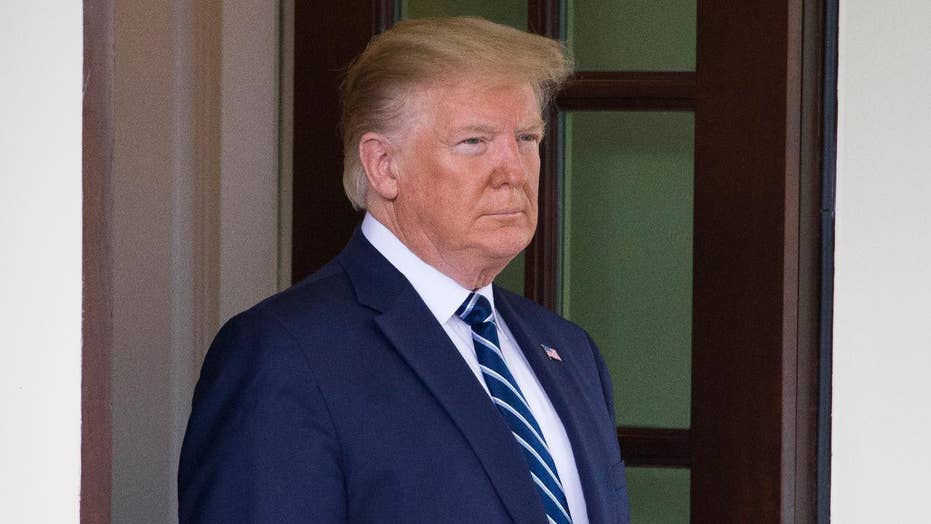 Illinois Republican Rep. Adam Kinzinger weighs in on the president's decision to not retaliate against Iran using military force.

While Democrats in Washington and much of the news media spend their time obsessing over the 2020 campaign and telling the world that our president is everything from being mentally unfit to a criminal, Trump has been dealing with a host of major foreign policy challenges either created or ignored by the Obama administration.

The ISIS takeover of Iraq and its infiltration across more than a dozen countries was the first. Handling China’s unchecked economic and military advances in the Pacific, Africa and even cyber espionage here in the U.S. is another.

Chaos in Libya is still unabated.

But Obama’s sweetheart deal with Iran is perhaps the thorniest of them all.

Critics would rather bash Trump than acknowledge Obama’s naïve strategy of Iranian appeasement was a failure.

For all the claims by the left that Trump is irrational, he understands that you can only bargain with rational actors. Iran doesn’t fit the bill.

Trump made clear this week that he’s willing to play hardball with Iran if they continue on their current trajectory. Calling off the strike just minutes before execution wasn’t indecision. It was a calculated move meant to send a message that the U.S. will not be intimidated back into negotiations by a radical Islamist government with a history of aggression.

Obama wanted his Iran deal at all costs, and those costs were steep. It amounted to access to more than $100 billion, ending most sanctions, opening the country to foreign investment, among other benefits for the regime.

Of course, a key component of the deal meant that fifteen years from signing, the whole thing went out the window anyway and Iran could proceed with their nuclear program.

This was in exchange for Tehran’s thin assurances that they would limit uranium enrichment to 3 percent and reduce the number of centrifuges needed to advance their nuclear program from 19,000 to 6,000.  This week it was confirmed that Iran will exceed the uranium stockpile limit codified in the agreement.

The monitoring and accountability regime put in place to ensure compliance was never robust enough to work. This point was raised repeatedly by experts during negotiations and by even more than a dozen Democratic Senators in 2016 (some of whom are now running for president) but the Obama administration just wanted a deal done.

Trump said this week that Obama made a “desperate deal” with Iran. He’s right.

Critics of the president will blame his saber-rattling against Iran and his rejection of the deal for Iran’s hostility and breaking of the agreement made with the other powers involved in the negotiation. This belies several key points that facts and history would suggest are not in dispute.

First, the Iranian regime is not a good faith negotiator on the world stage.  Iran continues to be a state-sponsor of terrorism.

Since the agreement Iran has called for the destruction of Israel and the US. Iran is also responsible for the deaths of countless U.S. servicemen in Iraq given its long-standing support for radical Shia forces there. Other efforts to destabilize the region through a variety of overt and covert tactics are well-known in foreign policy and intelligence circles.

For some inexplicable reason none of this mattered to the previous administration. President Trump views Iran in far more rational and realistic terms.

Second, the United Nations arm that was placed in charge of the inspections regime is woefully inept and has a history of failure.

Obama’s devotion to multi-lateral institutions also made the deal irresponsible. Whether it’s peacekeeping missions that don’t lead to peace, inability to address human rights violations, or weapons inspections, the U.N. has failed to demonstrate an institutional competency to handle the execution of agreements with rogue states.

The secretive IAEA, has already been criticized for withholding valuable information from the international community and an its inability to effect thorough inspections, cannot be the lynchpin of any real accountability regime.

We recall in Iraq, the IAEA was famous for telling the Saddam Hussein’s government in advance when they were going to inspect suspected weapons sites, sometimes far in advance.

In Iran, the IAEA’s slow response to inspections has already led to accusations that Iran is gaming the system to break the agreement.

Russia, North Korea, Nazi Germany, Cuba, China to name a few, have demonstrated a lack of fidelity to such agreements. They use them to buy more time to advance their agenda. They use them to take advantage of perceived weakness or unwillingness to engage militarily on the part of more peaceful democratic countries.

They use them to force negotiations on their terms. Obama fell for it.

These countries simply do not play by the same set of rules and values as we do.

Democrats and Republicans in Congress need to acknowledge that the Obama approach to Iran emboldened and enriched an enemy never willing to be an honest broker for peace.

President Trump is trying to get the West back in a position to effectively isolate Iran and counter the Mullahs aggression before engaging in any form of military conflict.