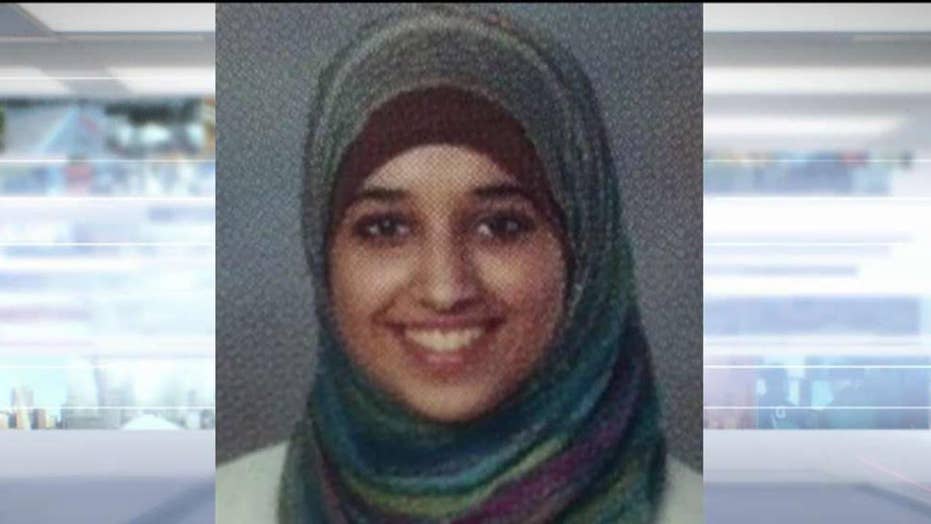 An Alabama woman, who willingly left her family to join the Islamic State, also known as ISIS, is now begging to return home to the United States. The simple answer to that? No.

As The Sun reported, “An American ISIS bride who once called for Muslims to ‘spill American blood’ is now begging U.S. authorities for the chance to return home to Alabama. Hoda Muthana was 20 when she used her college tuition money to join ISIS in 2014, during which she became one of ISIS’s most vocal agitators with a series of blood-curdling Twitter posts.”

President Donald Trump said Wednesday that he had directed U.S. Secretary of State Mike Pompeo to deny Muthana's request to return to the U.S. days after she made public pleas.

As Trump’s successful destruction of ISIS in Syria continues, these women are now being captured, in Muthana‘s, case by the Kurds. The Guardian reported she is the only American among 1,500 foreign women and children in a Syrian camp. How seriously do the Kurds take ISIS women? They are not allowed to leave and are escorted by armed guards.

Muthana, the daughter of Yemeni immigrants, “deeply regrets” her decision and said joining ISIS was a “big mistake” and she was “brainwashed.” According to the Guardian, “She settled into the Syrian city of Raqqa, then one of Isis’s two main hubs — the other being Mosul in Iraq — where she married an Australian jihadist, Suhan Rahman, the first of her three husbands. Rahman was killed in the town of Kobani, and soon afterwards Muthana angrily tweeted: ‘Americans wake up! Men and women altogether. You have much to do while you live under our greatest enemy, enough of your sleeping! Go on drivebys, and spill all of their blood, or rent a big truck and drive all over them. Veterans, Patriots, Memorial, etc day … Kill them.’”

For any society that truly takes women seriously, those who abandoned their lives in their home country to assist in mass murder and a war against humanity should be rejected and not be allowed to return. This isn’t brain surgery.

If we insist that women are treated like the full and complete human beings we are, we can’t suddenly revert to insisting we shouldn’t be held responsible when having made horrific, murderous decisions.

Those complicit should be tried by an international tribunal as would anyone involved in war crimes. We can choose to take these jihadis seriously, or we can choose to give them a pass because … they’re women?

Muthana isn’t the only woman relying on being found innocent due to the fraud of female gullibility. A British woman and her two adult daughters have also been captured after joining ISIS in Syria years ago.

The Daily Mail reported this group of women insist they were going on vacation and joined ISIS … by accident. 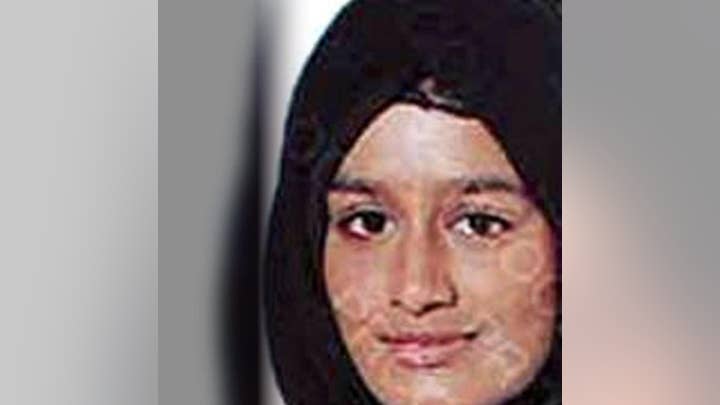 “Mrs. Aslam added that they never knew they were going to Syria and that they thought they were going to Turkey on holiday. She said: ‘I don’t regret anything because we came on a holiday, which then turned into this. I don’t know how, it’s never been explained to me,’ ” the newspaper reported.

That’s perfectly understandable. How many people leave for a weekend getaway, slip on some ice and almost fall into Al Qaeda? Too many to count, I’m sure.

If we insist that women are treated like the full and complete human beings we are, we can’t suddenly revert to insisting we shouldn’t be held responsible when having made horrific, murderous decisions. These women are, in fact, illustrating what the Western world insists on all the time: Women are capable of everything men are, from the heroic to evil. Our style and methods may be different, but whether it’s the creation of art, leading governments, teaching children, being a mom, or willingly participating in mass murder, terrorism and war, we are as brilliant, heroic, gentle, complex and, for some, as damaged and dangerous, as men.

My argument throughout the current debate in the Western world about the impact of sexual violence and sexual harassment on women’s lives is that society shouldn’t automatically believe women, but we should take them seriously.

Muthana wants to return to the United States and insists she’s willing to face the consequences. We can “take her passport,” if we want, she says. She and her family seem to expect a criminal trial, but this is not an issue of civil crime, it’s a question of war crimes.

The British have handled these situations differently. Upon news that more than a dozen British ISIS were expected to be detained at the Syrian camp, the BBC reported, “Home Secretary Sajid Javid told MPs on Monday that he would not ‘hesitate to prevent’ the return of Britons who travelled to Syria to join IS. While the UK cannot leave people stateless, under international law, he said any such Britons would be ‘questioned, investigated and potentially prosecuted.’ No British troops would be used to help or rescue them, he said. He told MPs that more than 100 dual nationals have already lost their UK citizenship after travelling in support of terrorist groups. ‘If you back terror, there must be consequences,’ he said. More than 900 people have left the UK to join the conflict in Syria, said Mr. Javid, adding that those who join IS have ‘shown they hate our country and the values that we stand for.’ “

This is an approach we would be well-served in applying here, to both men and women.