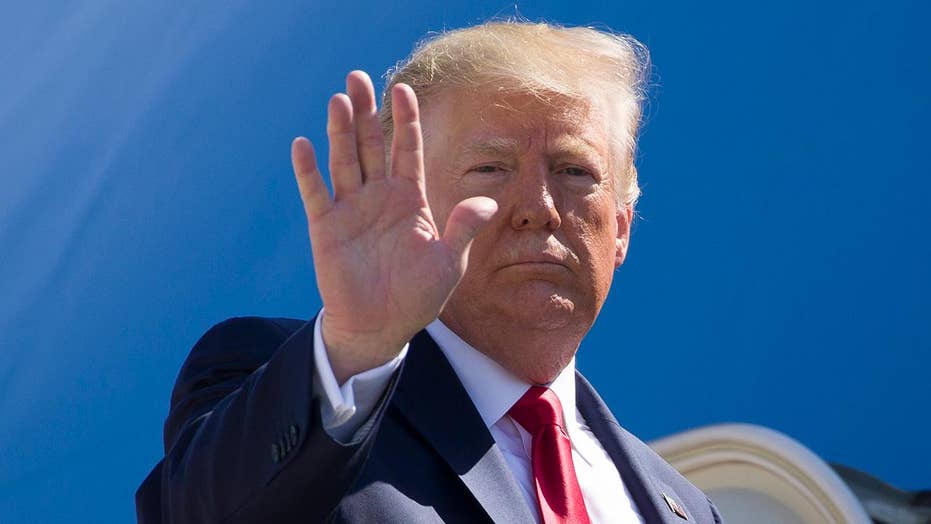 The latest Census Bureau Current Population Survey data now show that middle-class incomes, after adjusting for inflation, have surged by $5,003 since Donald Trump became president in January 2017. Median household income has now reached $65,976 – an all-time high and up more than 8 percent in 2019 dollars under the Trump presidency.

This data was compiled by the statisticians at Sentier Research, an economic research group whose founders have more than 30 years of experience at the Census Bureau in analyzing the monthly income numbers.

I reported last week in the Wall Street Journal that real median family income had soared by $4,146 under Trump through July 2019. The just-released August numbers from Sentier show a huge monthly gain of $857 in income per household.

These numbers contrast sharply with the 16 years prior to Trump’s presidency. In the eight years that George W. Bush was president, median income barely showed any gain, up just $401 thanks to the deep recession of 2008.

In the seven and a half years that Barack Obama was president, and not including the end of the recession, which Obama inherited, incomes inched up by $1,043 (June 2009 – January 2019). This means that in the 16 years before the Trump presidency, incomes rose by about $1,500 while in less than three years middle incomes have risen three times faster.

The contrast is even sharper when measured on a monthy basis. The monthly rise in incomes under Bush was $4. That number was $11 under Obama and $161 under Trump.

These income numbers are PRE-TAX, so they do NOT include the impact of the Trump tax cut. The Heritage Foundation estimates that the average household has saved $1,400 a year on their federal taxes from the 2017 Trump tax cut. This means many working-class families now have a $6,000 higher after-tax, and after-inflation paycheck today.

These surges in income, especially in the last several months, have occurred at exactly the time when many liberal economists and media talking heads were shouting “recession.” In reality middle-class families were enjoying a near-unprecedented income windfall and “the gains in income levels in recent months,” Sentier reports, “have been accelerating.“

These surges in income, especially in the last several months, have occurred at exactly the time when many liberal economists and media talking heads were shouting “recession.”

These higher wage and salary incomes are no doubt related to the very tight labor market, which has given workers new bargaining power to ask for higher pay. Today there are more than seven million unfilled jobs in America – the highest number of surplus jobs in American history.

These latest income numbers also squarely contradict the claims by Democratic presidential candidates, such as former Vice President Joe Biden and Sens. Elizabeth Warren and Bernie Sanders, who claim that all the gains from the Trump economy have gone to the rich and large corporations. Warren claimed earlier this year that workers had to work "two or three or four jobs" just to keep their incomes from falling.

No, this has been one of the biggest middle-class success stories in modern times, and it is a testament to the success of the Trump tax, regulatory and energy policies.

Stephen "Steve" Moore is a Fox News contributor. He previously wrote on the economy and public policy for The Wall Street Journal.