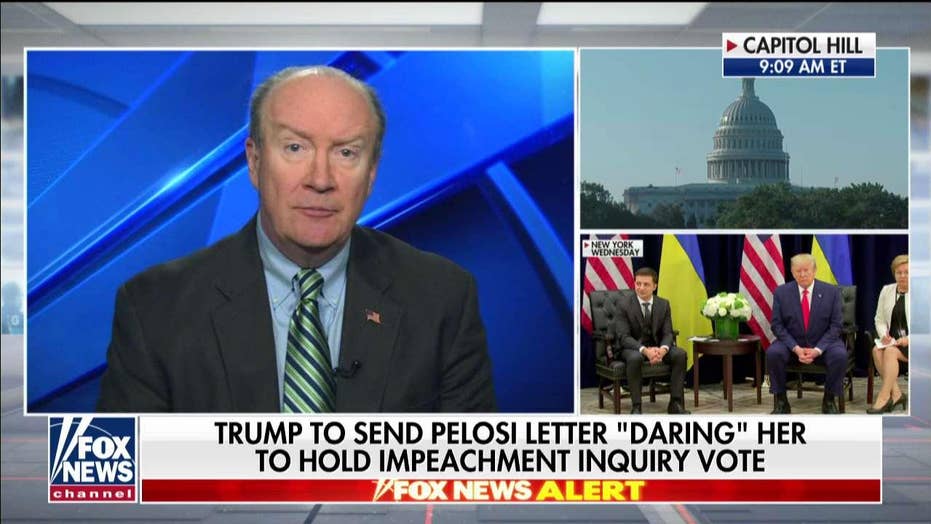 Andy McCarthy calls out Dems' 'Kabuki theater': There are no subpoenas and no impeachment inquiry

"The House of Representatives ... shall have the sole Power of Impeachment.”

It’s right there in black-and-white: In article I, section 2, clause 5, our Constitution vests the entirety of the power to call for removal of the president of the United States in a single body — the House.

Not in the speaker of the House. In the House of Representatives. The institution, not one of its members.

It is not for the Speaker and her adjutants to decree that there is an inquiry.

To be sure, Speaker Nancy Pelosi is a very powerful government official: second in the line of succession to the presidency; arguably, the most powerful member of Congress. She wields decisive influence on the business of her chamber. She even has the power to induce the House to vote on whether to conduct an impeachment inquiry.

But she does not have the power to impeach on her own.

In the end, Speaker Pelosi is just one member, a representative elected biannually by one district (in her case, the 12th district of California, centered in San Francisco and not particularly representative of the nation at large). Sure, she enjoys primus inter pares status because she is chosen by a majority of the House’s 435 members. But like each of those other members, her vote counts as just one — in a body that generally requires 218 votes to get the important things done.