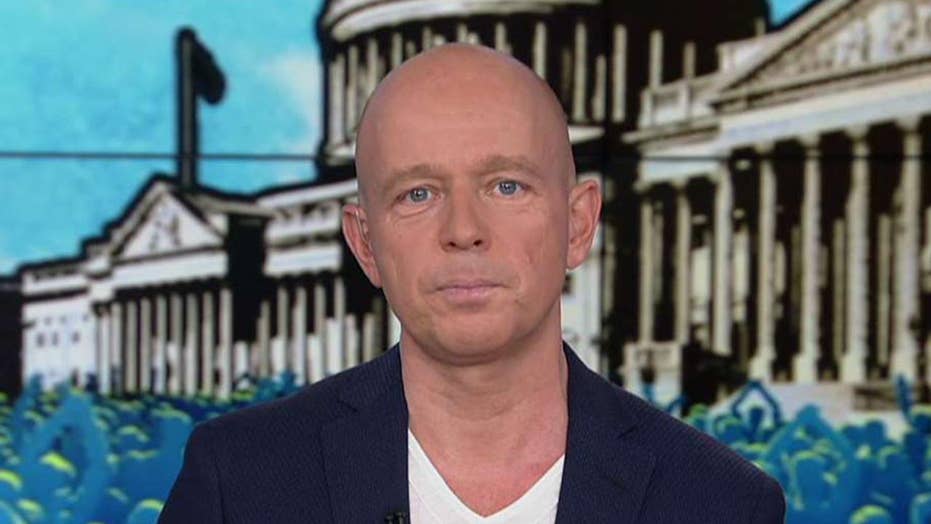 Here's how I see the issues with this whole Iran situation. Over the past few days, we've heard a lot of superficial, simplistic and self-serving grandstanding from the usual suspects. Trump-hating Democrats and their stooges in the ruling class state media have made complete fools of themselves with wildly inconsistent positions.

Apart from one thing, of course, whatever President Trump does is, by definition, wrong. One of their favorite talking points for days was that Trump's action was unconstitutional, illegal, blah, blah, blah. But that argument was destroyed Sunday morning by President Obama's Homeland Security secretary, Jeh Johnson:

Jeh Johnson, former Homeland Security secretary: If you believe everything that our government is saying about General Soleimani, he was a lawful military objective and the president, under his constitutional authority as commander-in-chief, had ample domestic legal authority to take him out without an additional congressional authorization.

Whether he was a terrorist or a general in a military force that was engaged in armed attacks against our people, he was a lawful military objective.

And the award for most humiliating idiocy of the week probably goes to Democrat Sen. Chris Murphy, who on Tuesday, after the U.S. Embassy in Baghdad was attacked, but before the Soleimani strike said that President Trump had "rendered America impotent, just hoping bad guys go away."

But when that actually happened -- when one of the bad guys, indeed one of the worst guys in the world -- did, in fact, "go away" as a direct result of President Trump's action, Murphy criticized it, literally complaining about the fact that Soleimani he had been taken out.

He wasn't the only one. Ever since Donald Trump won the election, his opponents have lost their minds and are without any ability to make a coherent argument. If Trump's for it, they're against it.

The West's involvement in the Middle East has been a disaster from the start. And finally, with President Trump, America is in a position to bring it to an end. We don't need their oil, and we don't need their problems.

Sen. Tammy Duckworth, D-Ill.: Trump has broken America's solemn promise to those who sacrifice so much on our behalf.

I am tired of Trump wrapping himself in the flag in the morning, then abandoning our troops and our values by the afternoon.

Joe Biden, 2020 presidential candidate and former vice president: I would not ever throw in the troops and I would not have drawn that additional thousand troops in Iraq.

House Speaker Nancy Pelosi: Yesterday, on the floor, 354 members voted in a bipartisan way to oppose the president's dangerous decision in regard to Syria.

Right. Got that? Getting out is dangerous, so dangerous.

But wait. So is going in.

Sen. Chuck Schumer, D-N.Y.: The president's decision may add to an already dangerous and difficult situation in the Middle East.

Andrea Mitchell, NBC News chief foreign affairs correspondent: We are going to end up in an escalation -- a military escalation around the world.

Fareed Zakaria, CNN host: We appear to be without, by the way, I'd say, without congressional authorization, entering into another Middle East war.

Sen. Elizabeth Warren, D-Mass., 2020 presidential candidate: They have taken a step that moves us closer to war, a step that puts everyone at risk.

They have no coherent position. They have no strategy. They just have more of what they gave us when they held the White House -- appeasement, weakness and establishment predictability, exactly what kept us in these endless costly stupid wars.

But we've also seen simplistic knee jerk nonsense from the isolation nuts. "What's Trump doing? He promised to get us out of wars, not into them. We shouldn't be intervening abroad. Focus on our problems back home." You know the script.

It's easy enough to luxuriate in simplistic ideology and superficial slogans. But in the real world, an American president can't just disengage from the world for the very obvious reason that what happens in other countries can affect us here.

The question is not whether we should intervene internationally, but how.

"America first" doesn't mean America alone, nor does it mean America stays at home. It means America's policies, domestic and foreign, should be determined by what's best for the American people and the isolation nuts don't seem to understand that.

They take a stand against any international action, even when it is in America's interest. Next, they'll want us out of the Olympics because it's a foreign competition.

And speaking of international competition, the other bunch of usual suspects who have pooped off against the Soleimani strike are the Europeans. The British, the Germans and the French of all expressed their grave concerns and are calling for restraint.

You bet they are. They're still trying to revive the rotten corpse of the Iran nuclear deal, which funneled billions of dollars directly to Qasem Soleimani to fund terror and mayhem throughout the Middle East.

The British are now in a panic over their energy imports, sending Navy ships to guard tankers in the Gulf. But that's because they've allowed themselves to become dependent on energy imports. And unbelievably, despite estimates that fracking could help the U.K. towards energy independence, the British government has just banned it.

And that neatly brings us to the real story here. As we reported a few weeks ago, for the first time in history, thanks to President Trump's pro-enterprise agenda, America has just become a net exporter of oil and gas.

The truth is that oil has been the driving force for the West's involvement in the Middle East for over a century. It drove British imperialism then American imperialism and the inevitable resentments that followed.

Driven by the energy imperative, the West has tried to remake and reshape the Middle East, creating nothing but a costly, bloody disastrous mess. Along the way, the establishment in Washington has cashed in with some of the most obscene corruption of the modern era.

Vice President Dick Cheney, pushing a catastrophic invasion that put billions of dollars into the pockets of his former company, Halliburton. Vice President Joe Biden's brother, cashing in, just like so many in the swamp in the military-industrial complex in the establishment who are addicted to endless war in the Middle East.

We're never going to defeat the ideology of Islamist terror as long as all these countries are basket cases. And one of the main reasons they are basket cases is that our preposterous foreign policy establishment, with monumental arrogance, have treated the Middle East like some chess game played out in the boardrooms of Washington and London. They are a joke. 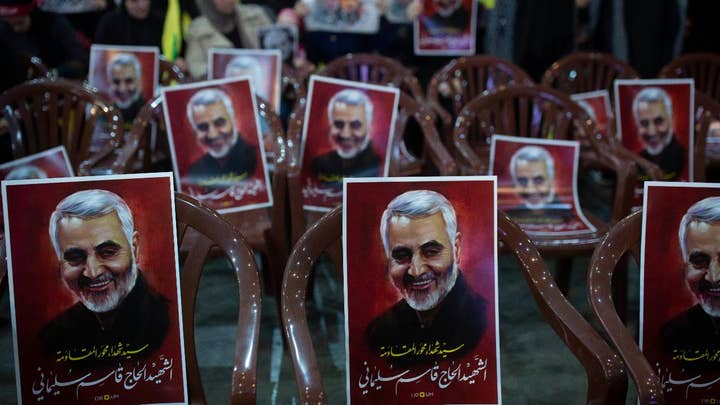 Nothing they've ever proposed has ever worked. Everything has failed. The West's involvement in the Middle East has been a disaster from the start. And finally, with President Trump, America is in a position to bring it to an end. We don't need their oil, and we don't need their problems.

Finally, we have a U.S. president who gets that and wants to get out. That doesn't mean doing nothing. It means intervening only in ways that help America. It means responding to attacks on Americans disproportionately, as a deterrent, just as we saw last week.

It means pulling out of missions that are doomed to failure, as we saw the other month with Syria, and it means finally accepting that it's not our job to fix the Middle East from afar, that trying to do so has infantilized the whole region.

The best thing America can do to put the Middle East on a path that leads to more democracy, less terrorism, human rights and economic growth, is to get the hell out of there, while showing an absolutely crystal clear determination to defend American interests -- with force wherever they are threatened.

The real threat to America is not Iran or anything else coming out of the Middle East, but China. The real strength of America is always underwritten by a strong economy and that must always be the priority.

I believe President Trump understands that and if he sticks to that strategy, he will have our support.

Adopted from Steve Hilton's monologue from "The Next Revolution" on Jan. 5, 2020.