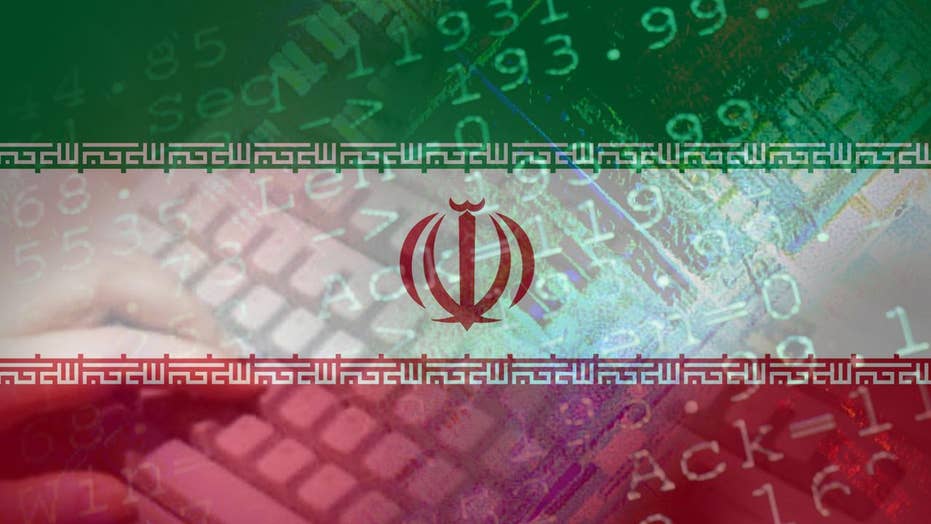 The world is on edge since the U.S. took out Iranian terrorist architect and Qods Force Commander Qassem Soleimani following the Dec. 31 attack on the U.S. Embassy in Iraq.  And President Trump has warned Iran that if it attacks Americans or U.S. assets, the U.S. has identified 52 Iranian sites to hit — representing the 52 Americans who were held hostage when the U.S. Embassy in Tehran was seized in 1979.

Since 1979, Iran has bullied, threatened, killed and spread its reign of terror.  For years it has been one of the chief enablers and financiers of the North Korean nuclear and ballistic threat. Recently, some 11 Arab countries have called it a state sponsor of terrorism at the United Nations.

And now, a U.S. president who doesn’t want war and who has shown great restraint has stood up to Iran. As Trump said, “We took action … to stop a war.  We did not take action to start a war.”

RAPHAEL COHEN: BAGHDAD SIEGE WASN'T BENGHAZI, AND NEVER WILL BE — HERE'S HOW THE EMBASSY ATTACKS DIFFER

The president has made the right decisions on Iran to this point, including scrapping the Iranian nuclear deal.  Within just months of the signing of that accord in 2015, Iran was making a mockery of it by firing at least six ballistic missiles. Knowing that the Iran deal was not permanent, but would expire in 2025, Trump’s goal has been to get a better deal and ensure that Iran doesn’t get a nuclear weapon.

Trump’s sanctions and maximum pressure campaign have been effective.  With 50 percent inflation and food prices that have risen 85 percent, the Islamist regime has been forced to focus on its own problems. It doesn’t have the excess cash to finance North Korea’s mischief, and much of its recent activity in Iraq has been due to Sunni Muslim protests against increased Iranian involvement.

It’s important to remember there’s a huge disconnect between the ayatollah and his henchmen who rule the country, and the Iranian people. Just this past November, there were massive nationwide protests over an increase in fuel prices. Many also protested against the regime itself and within hours the protests spread to 21 cities as videos circulated online. The terrorist regime shut the Internet down, killed approximately 1,500 protesters and arrested some 12,000. Yes, Trump’s maximum pressure campaign is working and the ayatollah and his stooges are feeling the heat.

What’s particularly noteworthy is Iranian groups that have long been at odds with each other share a common goal — to replace Iran’s religious dictatorship with a secular democracy. Reza Pahlavi, the son of the late shah of Iran, has been an outspoken proponent of a democratic Iran. But many of the recent protesters were from the People’s Mojahedin Organization of Iran (MEK), which in the past had opposed the shah.

Taking out the architect of attacks on Americans and U.S. assets and positioning capabilities to respond to future attacks have been the right moves. Here’s what Trump can do now to shore up support for his approach both at home and abroad, while at the same time keeping the pressure on Iran and minimizing U.S. troop involvement.

Address the American People:  Do a primetime speech from the Oval Office. The facts are on our side.  People need to understand why and how our policy is working.

Today, some of our best ideas for successfully dealing with Iran are coming from people outside the normal national security decision-making process and should be sought out.

United Nations and European Union: Maryam Rajavi, resident of the National Council of Resistance of Iran, has called on the U.N. and European Union to take immediate measures to stop the killings and suppression of the Iranian people.  Support and highlight these efforts to educate the world about what is going on inside Iran.

Internet: Cyber experts believe there are ways the U.S. can keep Internet access up in Iran through satellites and decentralized mesh networks. Call on Congress to strengthen the Victims of Iranian Censorship Act, which funds measures “to counter Iranian Government efforts to jam radio, satellite and Internet-based transmissions.”

Communicate Directly with the Iranian People: Remember the 2009 Iranian protests where hundreds of thousands took to the streets? Some six U.S.-based Farsi-speaking satellite TV stations had a profound impact, especially on the Iranian youth, by exposing them to Western values and ideals.  Let’s recreate that situation and communicate directly to the Iranian people with more Farsi-speaking programming on Alhurra (satellite TV channel funded by U.S. Government) and other media platforms.

President Ronald Reagan used a similar strategy (he had strengthened Voice of America, Radio Free Europe, and Radio Liberty) of communicating directly to the Polish people and bypassing the state-controlled and censored network.  Lech Walesa, the former resident of Poland and leader of the Solidarity movement that brought down communism, had great praise for Reagan’s effective strategy.

Seek Outside Advice: Following the Bay of Pigs fiasco, President John F. Kennedy changed his foreign policy decision-making process. During the Cuban Missile Crisis, when some of the Pentagon brass wanted to attack Cuba, he went outside the traditional national security apparatus and eventually decided, thankfully, that implementing a naval quarantine of Cuba was the best approach.

Today, some of our best ideas for successfully dealing with Iran are coming from people outside the normal national security decision-making process and should be sought out.  Professor Jason Blazakis, of the Middlebury Institute of International Studies, is a good example. His idea to inject faulty parts into the Iran supply chain to undermine its nuclear program is the kind of “outside the box” thinking we need.

The United States has made all the right moves to this point. We are holding the cards and there is a pathway to resolve the Iranian situation while minimizing U.S. troop involvement. Dusting off the old Reagan and JFK playbooks will help get us there.