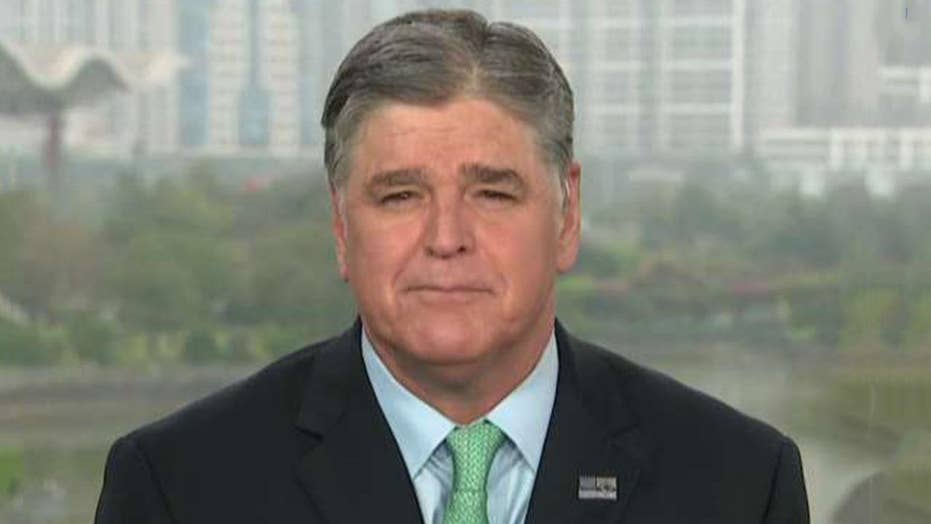 Early into his term, Media predicted Trump would cause a nuclear war with North Korea; President Trump gears up for second summit with Kim Jong Un.

President Trump is kicking off a series of historic meetings with North Korean dictator Kim Jong Un. The president arrived in Vietnam on Air Force One and Kim Jong Un via a 60-hour train ride. Somebody buy this guy a plane. Maybe it was in the shop getting repaired.

But two years ago, remember when the hate-Trump media mob told you - we the people - that president was leading us to nuclear annihilation? In response to, what, North Korea, hostilities, rockets over Japan, threatening Guam and the continental U.S.? Trump deployed multiple aircraft carrier strike groups in the region. He nicknamed Kim Jong Un "Little Rocket Man." He reminded the despot about America's nuclear superiority.

He squeezed North Korea's only real ally, China, with tariffs. He deployed a strategy called "peace through strength" -- and all while America's left told you the sky was falling and a nuclear holocaust was near. They said the same thing when Reagan called the former Soviet Union the "evil empire." And per usual, when he challenged Gorbachev to "tear down this wall." They are completely wrong again and again, and as you might've noticed, there's no nuclear holocaust.

In fact, quite the opposite. What do we see? North Korea completely stopping firing ballistic missiles over Japan, stopped threatening the region, Guam, and the continental United States. They returned the remains of U.S. servicemen, brave heroes who died in battle during the Korean War. They agreed to negotiate denuclearization of the entire Korean peninsula. Oh, and hostages were returned - a huge deal.

And it's not just North Korea. Now, China is being held accountable for its rampant intellectual property theft. Because of the real serious threat of ongoing tariffs, well, guess what? New, better trade deals that help Americans, that help farmers, that help manufacturers, that help our car industry, are now on the table.

Here is a sad reality. We have the left in this country, Democrats, the mainstream media, obviously they don't want the president to succeed - even when safety and security of the American people is on the line.

But despite all of this success, of course, the hate-Trump media mob and Democrats are publicly rooting for the president to fail in these negotiations with Kim Jong Un. We have eight U.S. senators -- this is a joke -- releasing an open letter to the president, bashing him for his diplomatic efforts, insinuating our president is a liar.

Well, let's look at the hate-Trump media mob's obsession with a months' old statement from the president that he and Kim "fell in love" during their first encounter. OK, let me translate for anyone in the media who is too stupid to figure it out on their own, who never left the comforts of their little TV studios and who are way overpaid. The president developed a beneficial working relationship with someone we are trying to negotiate with. By the way, if we can stop North Korea from threatening the entire region, that would be a good thing. Nuclear annihilation's just a button away if we don't fix it. 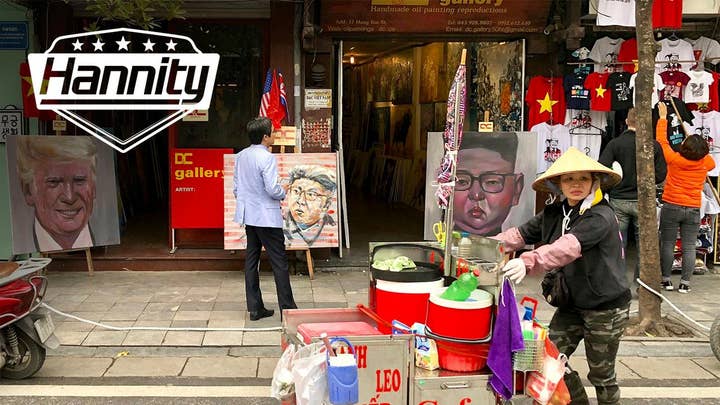 So, let's face it, here is a sad reality. We have the left in this country, Democrats, the mainstream media, and they obviously don't want the president to succeed - even when the safety and security of the American people is on the line. And it's not just on this issue.

This is sick. The left's psychotic hatred of this president is more important to them than the well-being of South Koreans, the entire region, and Americans.

Adapted from Sean Hannity's monologue from "Hannity" on February 26, 2019.