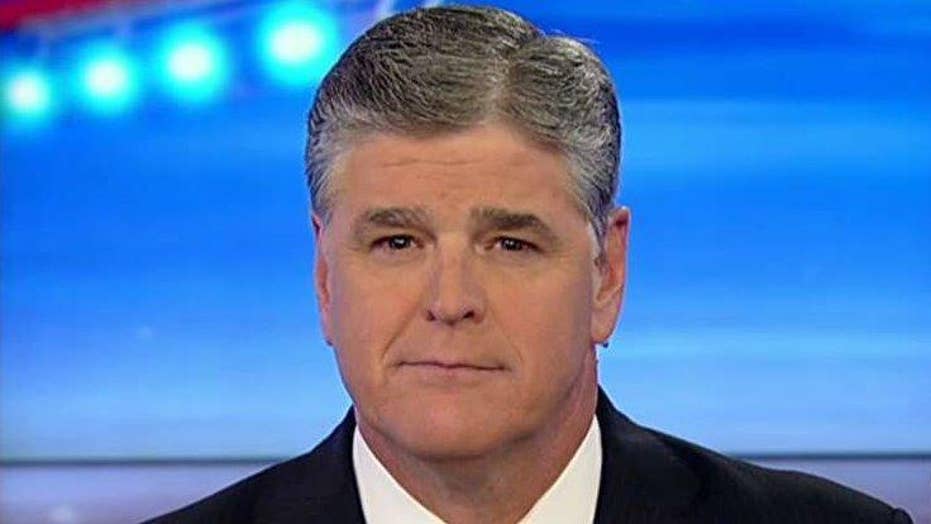 The Russia probe is beyond corrupt, beyond political and has turned into an open-ended fishing expedition

The Russia investigation being overseen by Deputy Attorney General Rod Rosenstein is beyond corrupt, beyond political and has now turned into an open-ended fishing expedition.

Rosenstein, who like Special Counsel Robert Mueller, has glaring, inexcusable conflicts of interest in the case, insisted to Fox News’ Chris Wallace that he will keep Mueller from expanding his s not on a witch hunt.

“If he finds evidence of a crime that's within in the scope of what Director Mueller and I have agreed is the appropriate scope of this investigation, then he can,” Rosenstein said on “Fox News Sunday.” “If it's something outside that scope, he needs to come to the acting attorney general, at this time me, for permission to expand his investigation.”

Rosenstein says he won’t let the special counsel turn into a fishing expedition? It already has. The whole investigation was supposed to be about President Trump’s campaign supposedly colluding with the Russians. This has gone on 11 months, no smoking gun proving it ever surfaced.

Yet, instead of ending it there, Mueller is reportedly now looking into the finances of President Trump and the Trump Organization and associates of President Trump. He has impaneled a grand jury in Washington, D.C., where the president got a little over four percent of the vote.

What Rosenstein really said was that he has now given Mueller the green light to do whatever he wants. Even respected legal scholar Jonathan Turley, a Democrat, has said Rosenstein needs to recuse himself.

After all, Rosenstein is likely going to be a witness in the investigation that he himself caused because he took the lead in writing the letter to President Trump on why former FBI Director James Comey should be fired. Mueller reportedly regards that as possible obstruction of justice.

Rosenstein is also the guy who appointed Robert Mueller and apparently either didn't know or didn't care about the fact that the day before he was named special counsel, Mueller interviewed with President Trump for the FBI director’s job. You can't make this up.

Rosenstein has sat by while Mueller, with an unlimited budget, has assembled a team of 16 lawyers. Half have made political donations, shockingly, all to Democrats. How is that OK? If the tables were turned, would a Democrat allow a special counsel to only appoint Republican donors?

It all comes down to this: Does Rod Rosenstein know what is going to happen if Mueller's mission creep continues to go unchecked? How does he think voters are going to feel? How many Trump supporters will feel robbed of their right and their vote in the free election of the president of the United States?