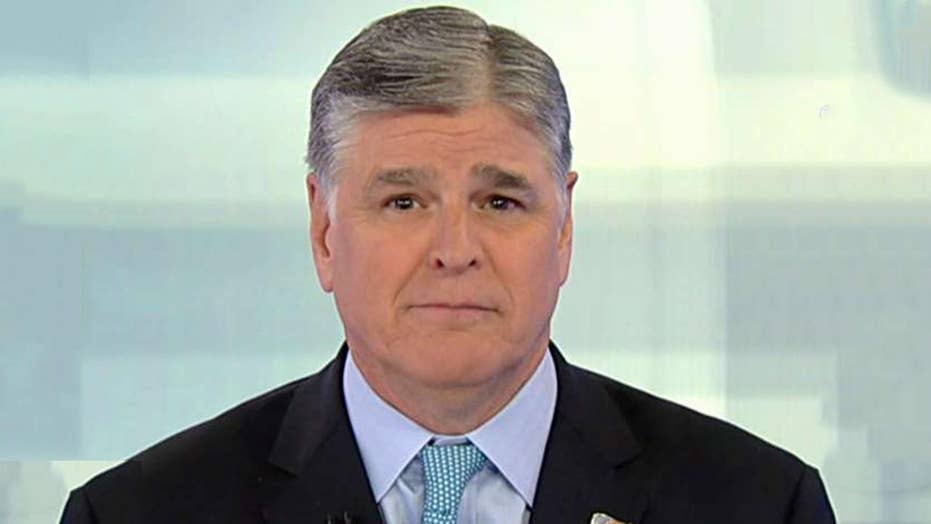 Creepy, crazy Uncle Joe Biden is facing a serious backlash for -- you guessed it -- being creepy.

He hasn't yet formally entered the race, but already, "Creepy Uncle Joe" is facing two separate allegations of inappropriate touching and a lot more. Just a short time ago, a Connecticut woman named Amy Lappos told "The Hartford Courant", "He put his hand around my neck, he pulled me in to rub noses with me. When he was pulling me in, I thought he was going to kiss me on the mouth."

Meanwhile, the first accusation came from former Democratic lawmaker Lucy Flores of Nevada, who encountered the vice president backstage at a political event in 2014. She's claiming Crazy Uncle Joe got close to her from behind, sniffing and smelling her hair and planted an unsolicited case on the back of her head, saying, "My brain couldn't process what was happening, I was embarrassed, I was shocked, I was confused."

Smelling someone's hair from behind, rubbing noses, kissing a stranger, some on the lips -- who does that? Apparently, Joe Biden. And he does that a lot.

Will the Democratic Party hold Joe Biden to the same "Believe all women-zero-tolerance" standard that they have utilized so vigorously against Republicans? And by the way, where are all the Judge Kavanaugh "I believers"?

Now, "Creepy Uncle Joe" is a nickname that he's earned through the years. Cringe-inducing, very awkward touching, grabbing, kissing, stroking, smelling, and rubbing. As one of his accusers told Politico, "It's so easy to Google 'Creepy Biden.'"

Everyone is entitled to due process and the perception of innocence. But the problem here for Joe Biden is there are dozens and dozens of pictures and videos of showing these kind of encounters. Biden offered a half-hearted apology, saying he doesn't believe he ever acted inappropriately. So, that brings us to a very important question: Will the Democratic Party hold Biden to the same "Believe all women-zero-tolerance" standard that they have utilized so vigorously against Republicans? And by the way, where are all the Judge Kavanaugh "I believers"?

So far, the radical socialist 2020 Democrats who don't want Biden to win are coming out against the former VP. But obviously, that's for political expediency. But Creepy Uncle Joe's super fans in the mainstream media, they are singing a much different tune. They love them. It's no surprise they sucking up to Creepy Crazy Uncle Joe. That's the same media mob who tried to ruin Judge Kavanaugh's life over wild 30-year-old uncorroborated allegations, and some cryptic high school yearbook post. 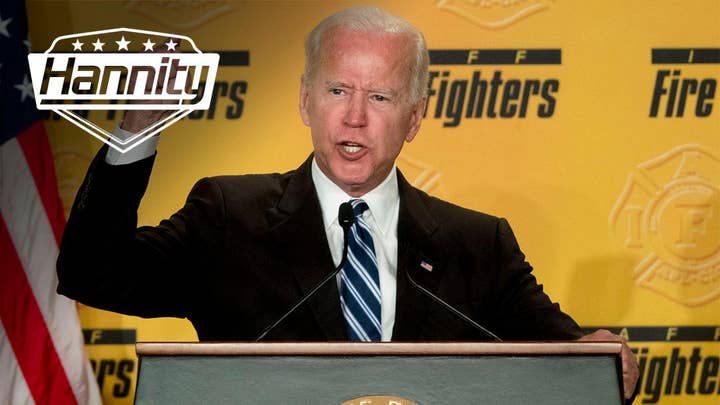 Don't expect the media to ever properly vet Joe Biden. They didn't do it to 2008, to the "Chosen One" --  the one the gave them "thrills up their leg" -- Barack Obama. And they're not going to do it any of the 2020 candidates on the extreme Democratic socialist side.

Adapted from Sean Hannity's monologue from "Hannity" on April 1, 2019.