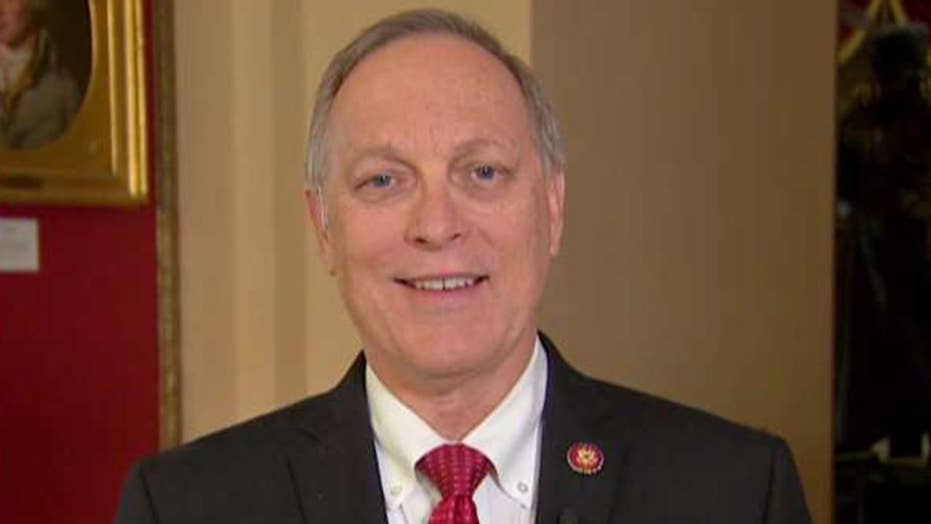 Don’t be surprised if House Democrats never bring up a vote to impeach President Trump. And if they do, it will only be because their leaders are willing to pay the price of seeing some Democrats who were elected in swing districts carried by Trump in 2016 go down to defeat in 2020.

The Democrats may not have suffered a fatal blow to their impeachment case in House Intelligence Committee impeachment hearings Wednesday and Friday – but they are very close to the edge.

The Democrats started their case with a promise to the American people that there is clear evidence of some crime for which President Trump ought to be impeached. But they failed to deliver any impeachment “dirt.” Instead, they only managed to produce three bureaucrats who are unhappy that Trump was engaged in foreign policy with Ukraine without them.

When Rep. John Ratcliffe, R-Texas, asked Taylor and Kent to identify an impeachable act committed by President Trump, the bureaucrats sat in their seats in stunned silence. The awkward pause was only broken when Intelligence Committee Chairman Adam Schiff, D-Calif., began a rambling diatribe.

The witnesses could not state an impeachable offense, and neither can the Democrats.

In Friday’s hearing with former Ambassador Yovanovitch, Rep. Chris Stewart, R-Utah, asked her if she had any information regarding President Trump accepting any bribes or being involved in criminal activity. She clearly answered “no” to both questions. This was an additional dagger in the Democrats’ morphing case for impeachment.

The Democrats were sucked into Schiff’s vortex of impeachment obsession. He has ambled along for the past three years trying to find a rationale for impeachment, only to be foiled by the turn of events.

When the investigation by Special Counsel Robert Mueller took away the Russia “collusion” narrative, it also emasculated the obstruction of justice thread by finding none of the requisite intent.

When the so-called whistleblower contacted Chairman Schiff’s staff members, they apparently coordinated a complaint that became the latest peg upon which Schiff hoped to hang his impeachment hat.

Schiff persuaded House Speaker Nancy Pelosi, D-Calif., to announce a vote on an impeachment inquiry. Schiff and Pelosi boasted about what the mysterious leaker – the so-called whistleblower – had said about President Trump’s alleged misconduct.

That claim against the president was dashed when he released the transcript of his July 25 telephone call with Ukrainian President Volodymyr Zelensky in an unprecedented show of transparency.

Schiff has built his impeachment effort on sand, and it is slipping through his fingers. Democrats keep trying to find a way to explain to the American people what they believe is behavior by the president so egregious that it justifies his impeachment. They can’t quite get there.

Wednesday’s hearing proved the point – as Friday’s did as well. The Democrats’ rationale for impeachment is so obtuse that neither the witnesses nor the Democrats can explain what it is that the president supposedly did – except to declare that he didn’t do what they originally said he did. Their charge is in a shroud.

The bottom line is that Taylor, Kent and Yovanovitch couldn’t identify an impeachable offense. They all admitted they had no personal knowledge about what President Trump may have said on the July 25 call that was the catalyst for the impeachment hearings.

These witnesses didn’t witness anything. The information Taylor and Kent provided in Wednesday’s hearing was second-, third- and even fourth-hand knowledge. Their testimony is inherently flawed if any link in their chain of information is inaccurate.

The nation has learned that the entire case of the Democrats is built on hearsay – which is considered to be unreliable in a court of law because the veracity of the actual witness cannot be questioned. And the veracity of this hearsay is contradicted by real evidence.

In Wednesday’s hearing, Taylor and Kent said that Ukrainian President Zelensky is an honest person. Zelensky has repeatedly told media throughout the world that there was no pressure, no extortion, no bribery, no conditions placed upon him in order to receive American aid.

All three of these witnesses agreed that U.S. aid was given to Ukraine and that President Trump’s assistance to Ukraine has been more consistent and robust than the Obama administration’s efforts.

Now, if you were a Democrat in a competitive district that voted for Trump in 2016, and if you watched the hearings, would you feel compelled to vote for impeachment?

Don’t be surprised if there is a revolt against forcing an impeachment vote by Democrats who will become vulnerable by voting for impeachment.

If she is as savvy as people say, Speaker Pelosi ought to stop the impeachment charade and refocus attention on meaningful legislation that could address the challenges America faces.

Rep. Jody Hice is a Republican representing Georgia in the U.S. House of Representatives.