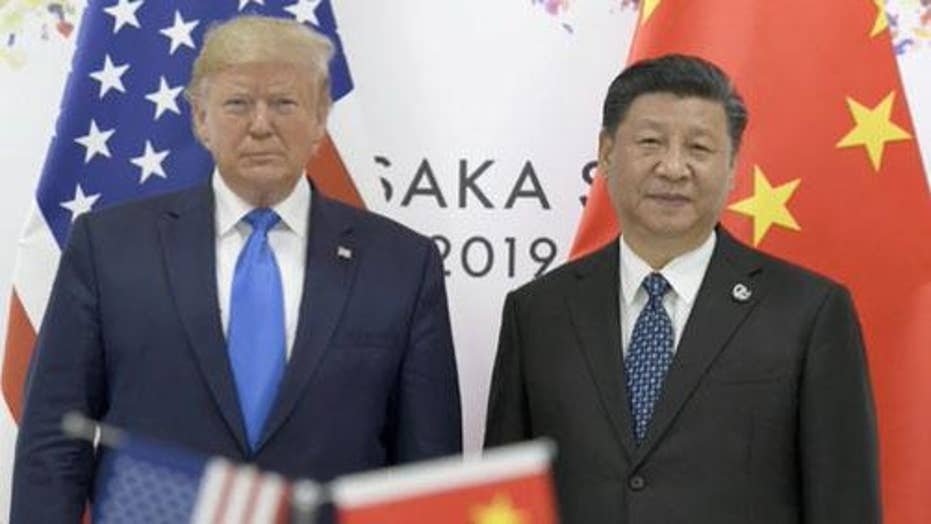 The U.S. and China closed out 2019 with a last-minute trade deal, but face it, the rise of China is the biggest external force shaping America’s destiny.

By 2049, China aims to be the world’s number one nation. And, with their economic power, they are well on the way. As we. begin a new decade, here are some of the hot button issues that will set the course of U.S.-China relations.

Trade deals. The U.S. and China reached a historic, enforceable trade deal on Dec. 13. China agreed to purchase an extra $200 billion of U.S. goods over the next two years. China also agreed to back off on technology transfer, financial restrictions and intellectual property coercion. However, tariffs of 25 percent remain on $250 billion of goods with 7.5 percent tariffs on an additional $120 billion – that’s still about half the U.S.-China trade. There’s a great benefit to China – and the world – if China plays fair under this deal and respects the Western rules that created the global economy. But the trade war is not over.

Chinese whining. Nor is Chinese whining. President Trump’s tariffs left China reeling in shock for much of 2018 and 2019. China likes to blame America for all the fuss. “We did not initiate this trade war and this is not something we want,” China’s President Xi Jinping told the Bloomberg Economic Forum in Beijing on Nov. 22. The innocence act doesn’t cut it, because the Chinese Communist Party led by Xi is totally intertwined with China’s business pursuits.

Huawei and NATO. The complaints are especially loud when it comes to Huawei, a telecom giant and maker of nifty folding phones and 5G wireless that, behind a screen of holding companies and trade unions, is owned by the Chinese government. Their slogan, “Building a fully connected, intelligent world,” sends shivers through the U.S. national security community. Turns out China’s campaign to cut 5G wireless deals with many NATO allies is also a serious threat to alliance military operations because China could intrude on critical national security communications. The U.S. and China will fight over Huawei all through 2020.

Hong Kong. Spurning the citizens of Hong Kong is an affront to the world. China has a complex agreement on how to treat Hong Kong. Xi Jinping would be wise to show restraint, but he is deathly afraid of dissent in Hong Kong spilling over to mainland Chinese. The risks remain high.

North Korea. Sadly, Xi Jinping may have Kim Jong Un dancing on a short leash. In 2017, China warned North Korea to cool it. Then in 2018 came the first U.S. tariffs, which stunned China’s leaders. Possibly China has told North Korea to drag out de-nuking, which will aggravate Trump and keep all of China’s bargaining chips on the table in the bigger trade war.

China-Russia military combo. China and Russia have a long, fraught history, but right now they are each other’s best military pals. China is still a big customer of Russian military systems, which China often modifies and improves. In 2019, Chinese and Russian forces ran showy military drills from the Pacific to the Gulf of Oman. The new year will reveal how deep this alliance goes and how much the pair threaten U.S. national security.

Latin America and Africa. China is courting Brazil, Argentina and other nations with an eye on their land and natural resources. Short-term, it’s about soybeans. Long-term, it’s about challenging the U.S. close to home.

World domination. Twenty years ago, China had zero companies on Fortune’s Global 500 list.  Then China gained status as a full world trade partner. By 2019, there were 129 Chinese companies on the list, and a full 82 of the Chinese firms were state-owned enterprises. In contrast, 121 American companies made the list. The U.S.-China economic competition is the core of international relations today.

From 2020 onward, the U.S. must picture where it wants to be relative to China 30 years from now. Facing up to the economic, military and diplomatic threats calls for a long-term strategy that will take all the guile and insight America can muster.

There is a hopeful path forward, if Xi Jinping takes it. Help with North Korea, buying U.S. goods as agreed, shutting off the backdoor oil purchases from Iran – all this could improve U.S.-China relations and cost Xi Jinping very little. Can China act like a grown-up world power? Stay tuned.