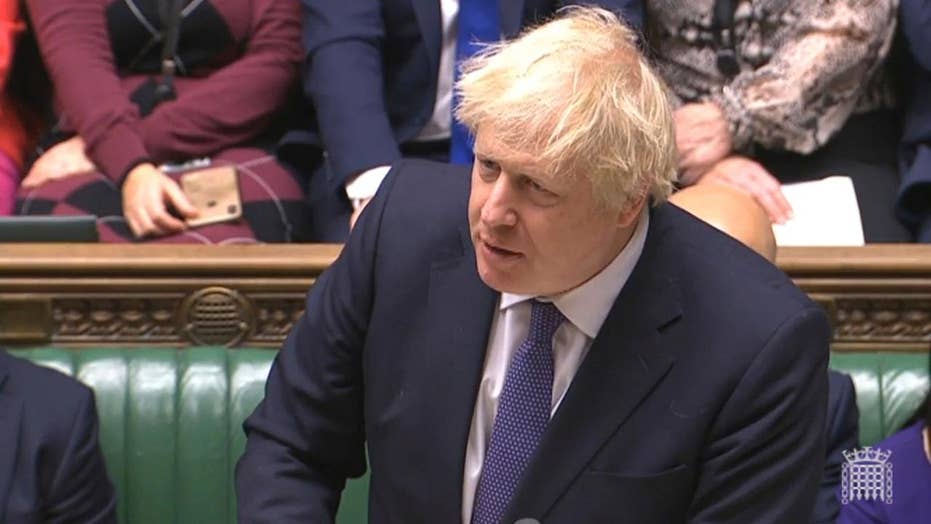 The long-running saga of Britain's exit from the European Union could soon be coming to a close; senior foreign affairs correspondent Greg Palkot reports from London.

Next year's headlines will no doubt be dominated by American elections wilder than "Mad Max." Still, the world won’t stop turning while we try to sort things out.

There aren’t easy answers for what will unfold on many of the big stories, including bargaining with North Korea, bumping heads with China and tussling with Tehran. There could also well be headlines some may not be expecting. Here is short list so you are not caught up short.

US and UK seal the deal on a free trade agreement

Bank on Prime Minister Boris Johnson delivering Brexit. Trade deal negotiations will follow at a speed-dating clip. It’s not beyond the pale to believe that the deal will be done and Congress will pass enabling legislation by the end of the year.

The Middle East gets its NATO

The security cooperation framework that the U.S. knits together in the region won’t look like the transatlantic alliance, but it will signal the end of the worst of the squabbling among the Gulf Cooperation Council; mark the end of Israel’s strategic isolation from the Arab world; and present a united front blocking Iran.

Three Cheers for the Three Seas

The Three Seas Initiative, a proposal for joint regional infrastructure projects in Central Europe, is an idea whose time may finally come. The next annual meeting of the 12 "three seas" member-states is in Tallin, Estonia. Don’t be surprised if the initiative takes off with major U.S. support and engagement. This will be bad news for Russia and for China, which has been trying to muscle into Europe with its Belt and Road Initiative. This would be an earned black eye to both enemies of freedom and capitalism.

In comparison, Benghazi wasn’t that bad a day

Rather than pulling together to stabilize the worm-torn country, external actors are taking sides and threatening to pull Libya apart. The violence could rapidly spill over into Morocco, Tunisia and Algeria. A new refugee swarm could be headed for Europe. Islamist terrorists could have a new playground. The only headline that might forestall this news is if the U.S. picked up its diplomatic game and started pressing all sides to sort this thing out.

There is plenty at stake in Latin America next year, from which way fall Chile and Argentina to how fare Colombia, Brazil and Mexico. Could this be the year, despite the flagging internal opposition, that Venezuelan strong man Nicolas Maduro finally gives up the ghost and flees the country? It could be. The U.S. continues to ratchet up the pressure and hold together an international coalition against the illegitimate regime. A new day in Venezuela could decisively swing the push away from socialism and authoritarian bootjacks in Latin America. Here's to hoping.