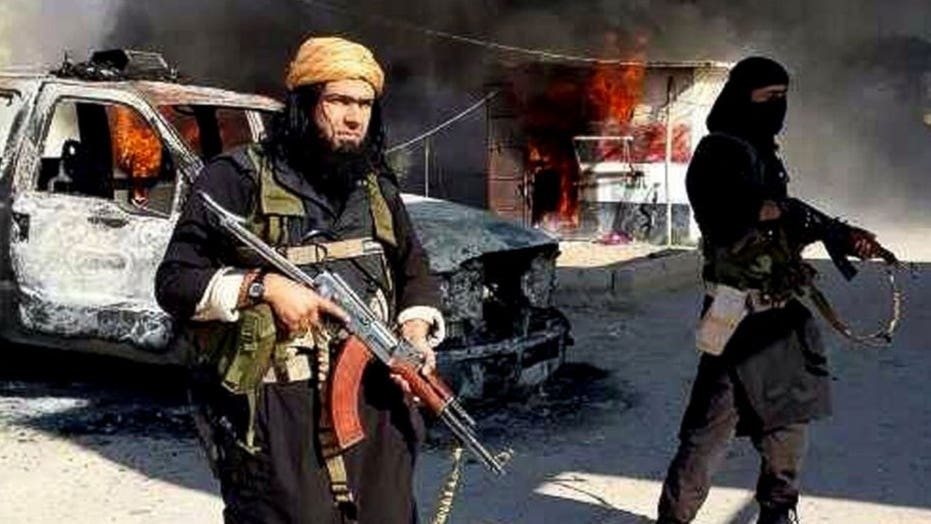 Will President Obama update his strategy? Charles Krauthammer weighs in on 'The O'Reilly Factor'

The terror attacks in Paris last Friday were sickening. During this difficult moment, our nation’s oldest ally needs our support now more than ever, and we need to ensure that we are ready to help them in any way.

As we look to assist France, we must also look to the perpetrators of this cowardly attack, ISIS, and ensure that they can never bring their deadly ways to our shores and harm Americans.

Already, they have impacted my own state, killing two journalists, James Foley and Steven Sotloff who were working in the Middle East and have ties to New Hampshire.

Despite the serious attacks that ISIS has already committed, the actions and rhetoric from President Obama and Hillary Clinton show that they are unwilling to take the difficult but necessary steps needed to keep us safe.

The danger ISIS poses to our country is not going anywhere and we now have to make a choice: confront them or be confronted by them.

At the Democratic presidential debate in Iowa on Saturday, Secretary Clinton refused to even acknowledge who we are fighting in this battle. Unlike every Republican, and most rational thinking Americans who understand that we are fighting radical Islam, for whatever reason, Secretary Clinton can’t bring herself to mention this.  What block of voters is she trying to placate?

Let’s not kid ourselves; it’s time to check our political correctness at the door and recognize that radical Islam is our enemy, and our government needs to do the same.

We are not at war with Islam or Muslims, but our message for the radicals, who have killed innocent civilians and want to cause the collapse of our country, about our intention to eliminate them and their terrorist networks has to be unwaveringly clear. If Hillary Clinton won’t do this, it is just more proof that she has the wrong experience and wrong policies to serve as commander-in-chief.

We also know that Secretary Clinton served as President Obama’s chief diplomat, and would just continue his disastrous policies when it comes to combating ISIS. These policies include calling ISIS the “JV team,” and admitting that there is no government strategy to take the fight to them. Instead of continuing on this failed path, we need a Republican in the Oval Office who will offer real solutions and a concrete plan to destroy ISIS and keep us safe.

Along those lines, one step we can take right now to make our country safer -- and stop making it easier for ISIS to attack innocent Americans -- would be to strip the citizenship of any American who joins the terrorist group.

Any U.S. citizen who chooses to join this murderous group has, without a doubt, left their citizenship at the door. They should not be able to hide behind the United States’ laws and protections while being a part of ISIS, and we can prevent this by stripping them of their citizenship.

British Prime Minister David Cameron understood the threat that this issue posed to his country and has taken a similar step. We need to do the same thing in the United States so that these terrorists don’t take advantage of their citizenship to inflict more damage to our country.

We simply can’t trust Secretary Clinton or President Obama when they talk about ISIS. This is the same candidate that refuses to call them “radical Islamic terrorists,” and the same president that said ISIS was “on the run” and “contained.” The actions from Paris last week clearly show they are not contained, but instead are growing and becoming more dangerous.

Unfortunately, the danger ISIS poses to our country is not going anywhere and we now have to make a choice: confront them or be confronted by them.

Scott Brown served for three years as the Senator from Massachusetts. He was a Ranking Member of Armed Services and Homeland Security and also served on the Veteran’s and Small Business Committees. He is a Contributor with Fox. Follow him on Twitter @senscottbrown.