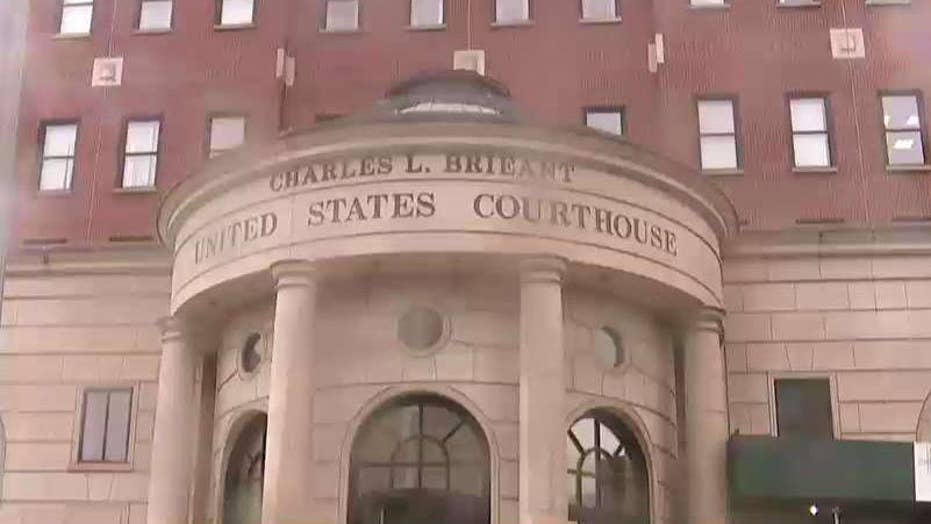 The horrific stabbing attack at a rabbi’s home in Monsey, N.Y., Saturday night – the sixth violent attack on Jews in the state during the eight days of Hanukkah – was an unwelcome reminder that the ancient curse of anti-Semitism is thriving here in the U.S. and around the world.

The vicious stabbing of five Jews – correctly labeled by New York Gov. Andrew Cuomo as a domestic terrorist attack – follows the recent attack on a kosher market adjacent to a Jewish school in New Jersey. Tragically, a heroic police officer, a non-Jewish employee at the market who bravely tried to help Jews escape, and two Jews were murdered in that anti-Semitic attack.

In a criminal federal hate crimes complaint filed Monday against Grafton Thomas – who is charged with the stabbing attack that took place Saturday at the home Hasidic Rabbi Chaim Rottenberg – federal prosecutors said they found handwritten journals at Thomas’ home that contained anti-Semitic views. These included mentions of “Nazi culture” and Adolf Hitler, along with drawings of a swastika and a Star of David.

Authorities said an examination of Thomas’ phone revealed had he searched the Internet for phrases connected to Hitler, Jews and the location of “Jewish Temples” and “Zionist Temples.”

Thomas pleaded not guilty Sunday to five counts of attempted murder and one count of first-degree burglary.

The recent rash of anti-Semitic attacks confirms that the hatred of Jews has gone mainstream in the political culture and social fabric on both sides of the Atlantic.

Gone are the days when fears over anti-Semitism focused exclusively on hate crimes and trends in Europe.

This year’s Top 10 is evenly divided between North America and Europe. It is not just Paris, London, Berlin, or Stockholm where these crimes occur. Hate crimes targeting Jews now are taking place coast-to-coast in the U.S. – from a synagogue in California’s San Diego County where an elderly woman was gunned down and killed, to Jersey City and New York – and many places in between.

And let’s not forget that in 2018 we experienced the worst anti-Semitic attack in American history – the murder of 11 Jews and the wounding of six by a gunman who opened fire in a Pittsburgh synagogue during Sabbath services.

During a recent meeting with three top New York City Police Department officials, I asked what had changed in the last five years. Where did all this anti-Semitic hate come from?

“Social media” was their simultaneous response. In fact, social media represent the most powerful marketing and recruitment tool for anti-Semites, racists and other bigots in history.

Social media giants have a spotty record at best in interdicting such incitement. Facebook and other companies have failed to make changes to their live-streaming even after it has been used to show deadly attacks in real-time to millions of people around the world.

While the police grapple with rising anti-Semitism, Jewish victims in New York are confronted with a dangerous reality. New York Mayor Bill de Blasio’s bail reform program has already seen a perpetrator of a hate crime against Jewish women released without bail this Hanukkah. Those who commit hate crimes against any group should not be treated with such absurd leniency.

As we lobby to close this shocking legal loophole, we can’t help but think of a French court’s recent decision to release a murderer of a Jewish kindergarten teacher because he allegedly had smoked pot before strangling her in her own apartment while chanting Koranic texts and then throwing her over a balcony to her death.

But before bullets and machetes and hate crimes, there are words that vilify and dehumanize Jews.

On many campuses that tout hate-free and intimidation-free zones, Jewish and other students who support Israel are bullied and intimidated. Pro-Israel speakers are shouted down by supporters of the BDS (Boycott, Divestment, Sanctions) movement, which openly calls for the destruction of Israel by isolating it from the world.

Campus campaigns falsely cast Israel as an apartheid regime. Israelis are slandered as latter-day Nazis. This is blatant anti-Semitism, despite attempts by the perpetrators to claim they only oppose Israel, not the Jewish people. Here’s the truth: Anyone who hates the only Jewish state in the world also hates the Jewish people.

Until now, university administrators have been mostly mum, clueless, or apathetic – but that could all be changing.

President Trump recently signed an executive order giving Jewish students the same protections and redress guaranteed to other minorities in the historic Civil Rights Act of 1964 and Title VI of the U.S. Department of Education.

This means that students victimized by hate and rebuffed by non-responsive university administrators can now turn to the U.S. Department of Education to investigate charges of anti-Semitism. If verified, the government can withhold federal funds from those schools if university officials fail to act. Most importantly, the executive order erased a key excuse used by diffident bureaucrats to crack down on anti-Semitism on campus.

Where do we go from here, in the wake of the most recent anti-Semitic attacks?

Second, we need a more robust FBI-led response to the violent targeting of Jews.

Third, we need people of all faiths and faith leaders to denounce anti-Semitism. Just as Jews have played an important role in fighting white racism directed against black Americans, we now need our African-American brothers and sisters to join with us in fighting against those who hate Jews. Oftentimes, white anti-Semites are also white racists.

Fourth, we need to overcome anti-Semites in Congress and rebuild bipartisan coalitions against anti-Semitism and other forms of hate.

Fifth, we must demand that the social media giants do much more to cripple the online recruitment and marketing of bigots and terrorists.

Most of all, American Jews will need the help and understanding of our neighbors, blessed like us to live in the world’s greatest democracy.

Like millions of other people, Jews immigrated to the United States from around the world to escape persecution. We have joined with others in this nation of immigrants to take part in the American Dream – enjoying a level of freedom and acceptance our ancestors in foreign lands never knew.

Anti-Semitism is not part of the American character – it is, at its heart, anti-American. All Americans must unite to fight this evil.