The media went into a frenzy this weekend when the bonny Prince Harry gave a huge harrumph to the First Amendment.

On a show appropriately called the "Armchair Expert," Harry declared the First Amendment "bonkers" and expressed frustration about how it protects the media in its "feeding frenzy" over his life. Harry’s criticism of the First Amendment can be dismissed as the unfamiliarity of a royal refugee. However, it is actually far more serious than that.

Harry and his American wife Meghan Markle have attacked media rights in England and succeeded under the laws of the United Kingdom. They are now joining a growing anti-free speech movement in the United States.

MASTERPIECE CAKESHOP OWNER JACK PHILLIPS: HOW I BECAME THE FACE OF ‘RIGHTS OF CONSCIENCE’ LITIGATION IN US

It was a surprise for many to hear Harry lash out at the First Amendment. After all, Harry and Meghan are so woke, they are virtual insomniacs. However, that is the point. The First Amendment no longer holds the inviolate position it once did with the left.

Indeed, the First Amendment is now more often treated as a danger than a guarantee to a fair and just society. Experts have explained how to evade its limitations to silence others. They have found precisely what Harry discussed in the interview when he noted "you can find a loophole in anything."

Democratic leaders now openly call for corporate censorship and the banning of books and authors. Academics join in the canceling of colleagues who express dissenting views of subjects ranging from climate change to gender identification to racial justice. Thus, it is not as risky for the Harry to declare "I’ve got so much I want to say about the First Amendment as I sort of understand it, but it is bonkers." Rather, millions are likely to wait in rapt anticipation to hear more of what Prince Harry will say about correcting our Constitution.

What is missing in the coverage of this controversy is a far more serious context to Harry offering his "armchair expertise."

The United Kingdom has a strikingly different approach to free speech and particularly press rights. The British media are subject to harsh laws giving the government far greater powers to control or punish publications. Fortunately, the government has been largely benign in the use of such laws but there are far greater restrictions placed on British media than their American cousins. (For full disclosure, I was until a few months ago a legal analyst for the BBC.)

One American who seems to have embraced the more restrictive laws on expression and the media is Meghan Markle. Recently, Piers Morgan, the former co-host of ITV’s "Good Morning Britain," was canned after he committed the unpardonable sin of declaring on air that he didn’t believe a word of what Markle told Oprah in her now famous interview.

Markle and others reported TIV and Morgan to United Kingdom’s "Ofcom," or Office of Communications, for violation of its "harm and offense rules." Ofcom enforces a chilling set of regulations that allows a severe penalties for expressing any views deemed "harmful or offensive" or assertions that could "materially mislead" others.

Harry was raised in a system that rejects core press freedoms and Meghan is an enthusiastic convert to that system.

Markle also recently prevailed in a highly damaging court victory against the press. The case involved the publication of details from a letter that Meghan wrote to her estranged father after she married Prince Harry in 2018. She sued Associated Newspapers, which publishes U.K. tabloids like the Daily Mail, MailOnline and the Mail on Sunday, for disclosing her private affairs and for violating copyright protections over her letter. The lawsuit would have failed in the United States under the freedom afforded to the press, but prevailed in Great Britain.

Under our system, public disclosure of embarrassing private facts has an exclusion for "newsworthy" stories.  For example, in Sidis v. F-R Publishing Corp., the Supreme Court rejected the privacy claim of a former child prodigy who sued after the New Yorker magazine ran a vicious and mocking account of his failure to reach the expectations of many. The court explained that "regrettably or not" such media coverage of public figures are protected and "it would be unwise for a court to bar their expression in the newspapers, books and magazines of the day." 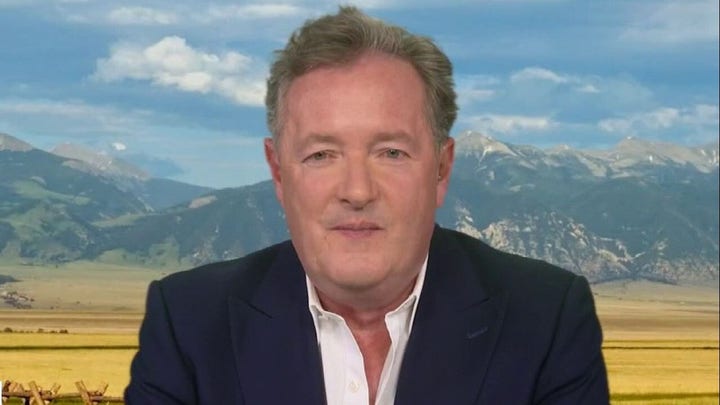 Markle knew that such concerns are not paramount in Great Britain. In the ruling by London High Court Judge Mark Warby, the court dismissed such concerns in finding for Markle. Keep in mind that this letter was given or leaked to the media – a common factor in some of our most important investigative journalistic works. While Meghan could accuse her father or others of a privacy violation, she went after the media and Warby not only ruled in her favor but ruled against an appeal. He ordered the defendants to publish an account on the front page of their newspapers.

Markle rejoiced in the victory and declared, "The world needs reliable, fact-checked, high-quality news ... We all lose when misinformation sells more than truth, when moral exploitation sells more than decency, and when companies create their business model to profit from people’s pain."

What was particularly chilling was how Meghan assured her following that this was a triumph for them: "I share this victory with each of you – because we all deserve justice and truth, and we all deserve better."

What Harry and Meghan achieved in the challenge was a direct assault on core press freedoms. They then sought to get millions to cheer them for the effort.  What is worrisome is that many did.

That is why the "bonkers" interview with Harry is not just some tabloid tripe. Harry was raised in a system that rejects core press freedoms and Meghan is an enthusiastic convert to that system.

It is ironic that they left what Harry described as the "toxic" media environment of Great Britain to come to a country with greater protections for the press. However, the couple took little time in seeking to challenge the core values of the free press in this county. That is not just bonkers, it is bollocks.