US should be allowing Israel to ‘punish’ Hamas: Elliott Abrams

For many Americans, the violent clash between Israel and Hamas sparks an understandable sense of having seen it all before. While it’s true there is a long, bloody history between the combatants, the current fighting is unique in ways that make the endgame especially crucial for the Jewish state and the entire region.

The most obvious change is that Hamas increased its rocket capacity, both in numbers and range. In previous battles, the relative handful of explosives launched from Gaza were a threat only to Israelis near the border.

This time, more than 2,000 rockets and mortars have been fired, and Israeli officials are surprised at how far some can travel. While the explosives are unguided and many are destroyed by Iron Dome batteries, the sheer number has at times overwhelmed the defense system, making all of Israel more vulnerable.

Air raid sirens are sending residents to defense shelters all over the country and some civilians have been killed, including a child.

The rockets are smuggled from Iran or built in Gaza using Iranian supplies, making the weapons a proxy for Iran’s malign reach. Hezbollah, the Iranian cat’s-paw controlling Lebanon, sits on Israel’s northern border, and three rockets fired from there Friday caused concern that a second front might develop.

There also are outbreaks of violence in the West Bank and Arab villages in Israel, some involving Jewish and Muslim civilians ­attacking each other.

Still, the main event is the Iranian connection and the willingness of Hamas to fire indiscriminately on civilian areas, including Tel Aviv and Jerusalem. That combination justifies Israel’s ferocious response and its effort to wipe out the terrorist group’s leadership.

A Wednesday tweet from the Israel Defense Forces showed the faces of 14 men it said were ­"neutralized."

"They were responsible for the rocket attacks against Israel in the last 72 hours," the tweet read. "They will never plan another terror attack again."

The decapitation strikes illustrate Prime Minister Benjamin Netanyahu’s plan to inflict massive and lasting damage on Hamas. To head off any push for quick restraint, which would give Hamas a public relations victory and spare its leaders, Israeli officials told the Biden adminis­tration to buzz off.

They want the freedom to act because they believe it is crucial that Hamas not only lose the war it started, but for its defeat to be widely seen and understood. Otherwise, the terrorists will gain stature and an incentive to do it again.

To achieve that success, Israel needs sufficient time to smash the organization’s operating ability and destroy its arms cache. How much time is a guess, but it is probably a matter of days, not weeks.

Israel’s superiority drives the left crazy, with the anti-Semitic wing of the Democratic Party calling the response inhumane and even terrorism.

Naturally, Israel’s superiority drives the left crazy, with the anti-Semitic wing of the Democratic Party calling the response inhumane and even terrorism. Rep. ­Ilhan Omar ridiculously claimed the war is unfair because Palestinians don’t have an Iron Dome.

She should have reminded ­Hamas of that before it started the rocket barrage.

Then again, the warning would have fallen on deaf ears because Hamas paints a target on its own civilians by hiding explosives in residential neighborhoods and putting rocket launchers near schools. If it spent half as much on schools, medicine and civilian infrastructure as it spends trying to kill Jews, Gaza would be far better off.

The vast tunnel system Hamas built under Gaza City is a glaring example of how it diverts millions of dollars and construction material to war while using ordinary Palestinians as shields. 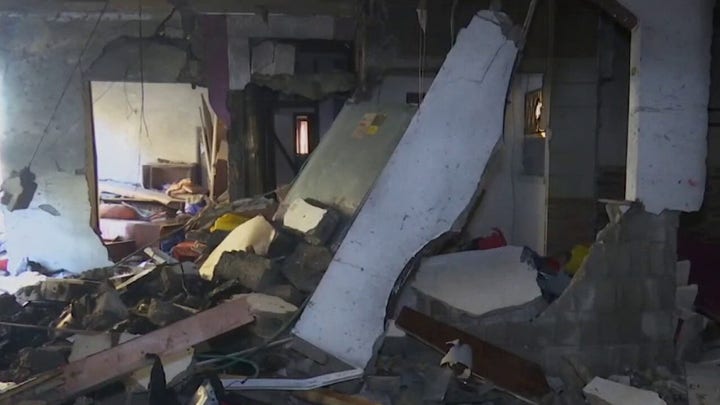 Israel goes the extra mile by often warning Arab civilians by telephone to evacuate buildings it is targeting, showing more concern for them than Hamas does.

Does Israel make mistakes, and sometimes hit innocent civilians? Of course. But these are accidents, while Hamas targets Israeli civilians. Where’s the outrage over that?

The latest media huffing and puffing involves a charge that the Israeli military spread a false claim that a Gaza invasion was underway, with the aim of luring ­Hamas fighters to tunnels, which Israel promptly bombed.

If true, the deception wasn’t ­kosher, but the outrage carries a whiff of hypocrisy. It’s as if the media demands a monopoly on fake news from Israel.

In fact, the war started as a propaganda bid by Hamas. Demonstrations over a Jerusalem property dispute led to violence near Al-Aqsa Mosque on Temple Mount, with Arabs throwing rocks and Israeli soldiers firing stun guns.

The confrontation came days after the feckless Palestinian President Mahmoud Abbas canceled elections in the West Bank because Hamas would have made gains and become part of the government. The rocket barrage is Hamas’ way of showing Palestinians it is their defender, and that Abbas can’t be trusted. 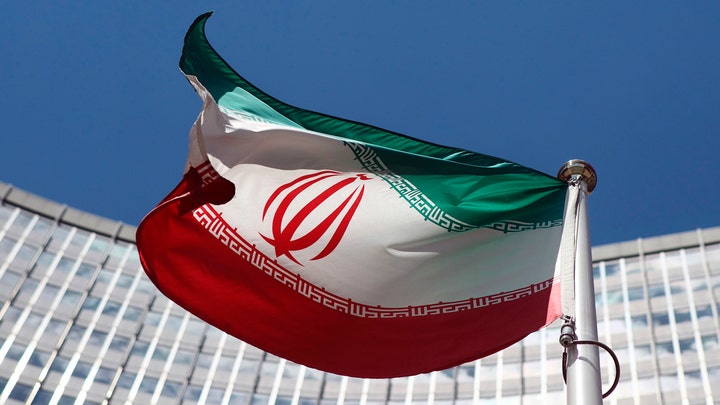 Oddly, Hamas is right on the trust issue. Now in the 16th year of a four-year term, Abbas foolishly rejected every overture from the Trump administration and ended up further isolated. His refusal to get to yes on any deal has impoverished his people and exasperated Arab and Muslim states.

The decision by Bahrain, the United Arab Emirates, Morocco and Sudan to recognize Israel and establish trade and tourism relations in part reflected their disgust with Abbas’ dithering.

It’s also a given that Hamas and Iran are testing President Biden. David Friedman, who was Trump’s ambassador to Israel, argues Hamas aimed to inflict damage on Israel while being spared a full retaliation because it believed Biden would quickly pressure Israel to de-escalate.

"I’m sure to Hamas’ dismay the Biden administration has not – at least not yet – sought to handcuff Israel and has supported its right of self-defense," Friedman writes in the The Hill.

Count that as another reason why Israel deserves the time to deal Hamas a crushing blow. Anything less will embolden the terrorists and Iran to start yet another round of bloodletting.