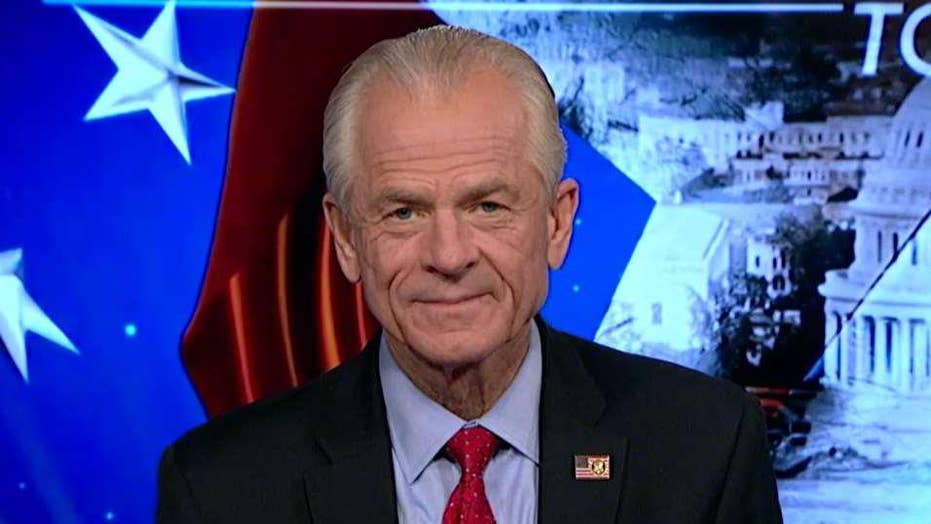 Despite pockets of global weakness, the Trump economy will remain strong through 2020 and beyond.

The economy continues to be lifted by corporate tax cuts that are inducing investment, deregulation and cheap energy. These positive developments are enhancing global competitiveness and tough trade reforms that are leveling the playing field for American workers and manufacturers.

On the wings of such growth-inducing policies, the Trump economy has created over 6 million jobs, including about 500,000 in manufacturing.

Unemployment rates for blacks, Hispanics, women and veterans hover near historic lows. Wages are rising, particularly for blue-collar workers. Over 1 million prime-age workers have returned to the labor force, and strong consumer spending above expectations points to solid third-quarter growth.

This bullish performance notwithstanding, the difference between a good Trump economy and a great one through 2020 will ultimately hinge on a set of actors outside direct White House control. Key among them are Congress, the Federal Reserve Board, the European Central Bank (ECB), and the governments of Britain, Germany and China.

According to the independent U.S. International Trade Commission, Congress can increase gross domestic product growth by as much as 1.2 percent by swiftly passing the United States-Mexico-Canada trade agreement.

USMCA would create over 100,000 jobs while helping to reshore the U.S. manufacturing base through tough rules of origin, strong labor and environmental protections, and clear enforcement provisions.

President Trump has kept his promise to renegotiate one of the worst trade deals in American history. We are confident that Congress will rise above partisan politics and do what’s right for America’s farmers, ranchers, manufacturers and workers and approve the trade agreement.

The Federal Reserve can contribute as much as a point of additional GDP growth in 2020 by promptly and aggressively lowering interest rates. This is necessary not because the Trump economy is weak, but rather because it has plenty of room to grow without triggering inflation.

With an initial 25 basis point cut in July, an early end to balance sheet normalization and the likelihood of more rate cuts to come, the Fed seems to have reconsidered its growth message.

The European Central Bank likewise seems to have gotten the message that the European economy is underperforming. Finland’s Olli Rehn, who sits on the ECB’s rate-setting committee, has clearly signaled an aggressive monetary stimulus package for September.

As this new ECB stimulus bolsters economic activity in Europe, it should ripple through to the Trump economy by fueling demand for U.S. exports – but only if the Federal Reserve matches any ECB cuts.  Otherwise, upward pressure on the U.S. dollar from the ECB rate cuts will dampen demand for American exports.

The problem here for the Fed is clear: any new ECB rate cuts will further widen the already substantial spread between U.S. bond yields and Euro bond yields. This spread is already needlessly restricting U.S. growth through unwanted carry trade effects as well as the aforementioned currency effect – which is a big reason why the Fed must swiftly cut rates.

In the chess match of central banking, the Fed does not set rates in a vacuum and must respond equally swiftly to any new easing by the ECB.

Britain also has an important role to play in any European recovery by resolving a Brexit stalemate now keeping at least some investment on the sidelines.

Prime Minister Boris Johnson is likely to remove such investment uncertainty by Oct. 31 one way or another. Putting Brexit in the rearview mirror will also allow the U.S. and Britain to negotiate a trade pact beneficial to both countries.

The last part of the European puzzle is Germany, where the Bundesbank is now warning of a possible recession. There is growing pressure both inside Germany and within the European Union for Germany to abandon its “black zero” policy of fiscal austerity.

A significant German fiscal stimulus combined with monetary easing by the ECB would provide a European growth boost with powerful and lasting legs – and positive ripple effects for U.S. exports and the Trump economy.

As for China, its economy began slowing long before President Trump was elected and long before the Trump tariffs were imposed. China’s slowdown has primarily been a function of the government’s crackdown on shadow banks, rising labor costs, falling productivity and the weaning off of a credit binge.

Such deleveraging notwithstanding, China remains saddled with a heavy debt repayment burden – its debt to GDP ratio, when factoring in provincial debts and state-owned enterprise balance sheets, has risen to over 300 percent.

Meanwhile, China has sought to offset much of the short-run impact of the Trump tariffs on its exports by slashing prices and through currency devaluation – the yuan has fallen by 12 percent since the tariffs began, though the tariffs have intentionally generated more economic pressure on China.

These painful measures have forced Chinese producers and the Chinese government – not American consumers – to bear virtually the entire burden of the tariffs.

Trump tariff pain is also quite evident in the exodus of foreign investment and key portions of the global supply chain from China. This disinvestment trend may be irreversible unless China quickly agrees to U.S. demands to restructure its economy, as corporate executives around the world more properly assess the risks of losing their technologies and intellectual property to Chinese theft and coercion.

There are at least two pieces of good news in China’s pain for the U.S. and global economies.

First, China may soon launch a large additional fiscal stimulus. If China pulls this Keynesian trigger, this would help stimulate the economies of many of the developing countries that export commodities like copper, nickel, and iron ore to China’s factory floor and enhance stability in emerging markets.

Second, disinvestment from China may be disruptive in the short run. However, the end result should be a more diversified, resilient, and secure global supply chain with expanded growth opportunities.

In summary, the Trump economy is strong. It will be even stronger if Congress, the Fed, the ECB, Britain, and Germany all implement commonsense policies.