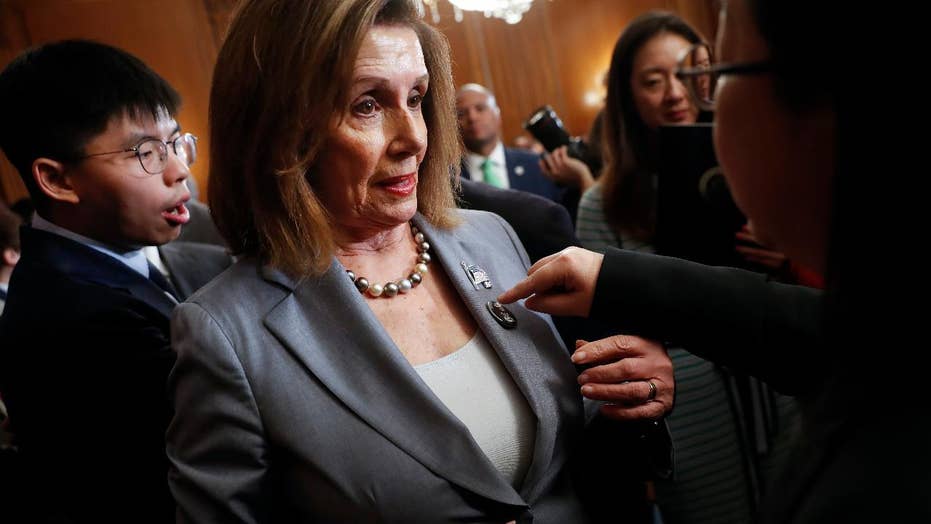 Nancy Pelosi on lowering the cost of prescription drugs

The cost of prescription drugs is way too high. Tracy Bush, a 45-year-old mother and an active and accomplished food allergy blogger from Pfafftown, North Carolina, knows this firsthand. Tracy always has two EpiPens on her. Her son, age 17 now, carries another. This practice began when he was diagnosed with serious allergies as a 2-year-old. This is life for Tracy, and for thousands of other parents across America.

But when a drug company charges $1,819.08 for three EpiPen two-packs – and the medicine in the device costs only a few dollars – alarm bells go off.

Since 2008, the price of EpiPens has skyrocketed by over 400 percent. Over the same time period the CEO of Mylan Pharmaceuticals, the maker of EpiPen, saw her salary go from $2.4 million to $18.9 million – a 671 percent increase. Tracy has felt the impact. Over the course of nine years, she saw a two-pack go from $146 to over $600.

You see this gross inequality and emotion immediately rushes in – a mix of anger, frustration, and desperation. You know—we know—this is not fair. This is why the American people say lowering prescription drug costs should be a major health care priority for Congress. We are the top Republicans on the three Congressional committees that work on health care and we agree. We hear you.

Americans pay too much for prescription drugs under the current system. It is not fair. That’s why Republicans have pushed for legislation to increase competition, transparency, and accountability so people pay less at the counter for their prescriptions.

House Democrats’ obsession with impeachment since November 8, 2016, is leading us down a path to have the least productive Congress in recent history, leaving us with no progress on an issue that more than 70 percent of Americans want Congress to address.

Under Republican leadership, we worked with our fellow Democrats to make real progress. The 21st Century Cures Act was passed in 2016 – an innovation game-changer for medical research while also speeding up access to treatments for patients.

Then in 2017, the Federal Drug Administration (FDA) Reauthorization Act was signed into law leading to the approval of 971 generics, or copies of brand name drug, including the first generic version of the EpiPen. Congress saw a problem, put aside politics, and made progress for families like Tracy Bush.

We started to do that this year, too. Republicans and Democrats on the House Energy and Commerce Committee moved three significant and bipartisan bills to the U.S. House floor in May. The CREATES Act, Pay for Delay, and the BLOCKING Act each removed barriers for generic drugs to get to consumers faster – pushing back on bad behavior from big pharmaceutical companies gaming the system and preventing competition. These policies would help bring down drug prices at the counter – an obvious win for the American people.

Enter Speaker Nancy Pelosi. The Speaker of the House opted to discard months of bipartisan work to put politics over progress. This Washington Post headline nailed it, “Democrats are putting a political pothole in the way of bipartisan drug pricing bills.” She snatched defeat from the jaws of victory, forsaking a bipartisan win on lowering drug prices for the American people.

Republicans were not deterred; we went back to work. Republicans and Democrats started working to modernize the already successful Medicare Part D program, which covers prescription drugs for seniors.

The Bush-era law has been a major success, with premiums falling to the lowest levels since 2013. A bipartisan deal was being negotiated to provide further benefit for seniors – including for the first time, ever, an out-of-pocket cap on their drug expenses.

Like clockwork, Speaker Pelosi entered the fray with her partisan drug pricing scheme – written behind closed doors. The Speaker’s drug plan attempts to nationalize the prescription drug industry through foreign price controls, retroactive tax penalties, arbitrary inflation caps, and federally mandated “negotiations,” which amount to nothing more than government extortion and price-setting. And as for Medicare Part D modernization? Once Speaker Pelosi’s plan was introduced, bipartisan negotiations ceased, making clear the Democrats’ position is their way or the highway. Bad news for seniors.

We want to work with Democrats to lower drug prices, but the Speaker’s partisan policies will not work. For one, they could lead to higher prices for consumers. Not lower. These policies would lead to limits on access, making prescription drugs less available. Not more. And these policies will freeze innovation, reducing the investment in advanced treatments to cure serious illnesses – like Alzheimer’s and cancer. We will not see the next generation of cures, and Americans will suffer because of it.

House Democrats’ obsession with impeachment since November 8, 2016, is leading us down a path to have the least productive Congress in recent history, leaving us with no progress on an issue that more than 70 percent of Americans want Congress to address. But there is still time to right the ship. We’re asking our colleagues, please work with us on solutions that can actually become law.

We can lower drug prices for seniors, workers, and families to help the American people if we work together; it does not have to be this way, Madame Speaker.

Reps. Brady, Foxx and Walden are the top Republicans on the three House committees that work on health care.

Republican Kevin Brady represents Texas's 8th Congressional district in the U.S. House of Representatives. He is the Republican Leader of the Ways and Means Committee.