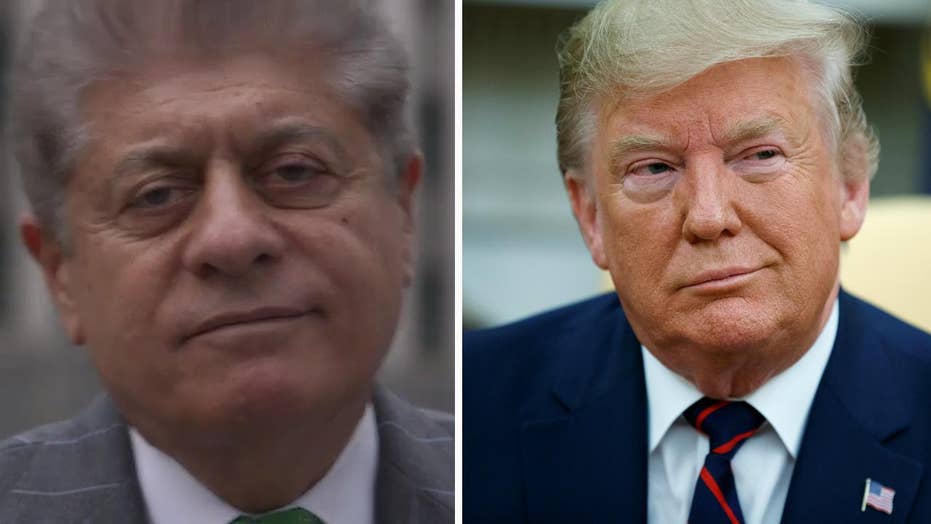 The illegitimacy argument contended that since the House has yet to vote to authorize an investigation of the president, its committees lack subpoena power. This argument contends that since impeachment seeks to overturn a valid election, it is a thinly veiled coup and thus is in violation of the Constitution. And the argument about unfairness states that the president is entitled to due process at every stage of the impeachment proceedings.

These are valid political arguments. But as legal offerings, they are profoundly misguided. Here is the backstory.

The Constitution gives the "sole power of impeachment" to the House of Representatives. Because this is an unambiguous delegation of power emanating directly from the Constitution, no person or other branch of government may constitutionally interfere with or frustrate it.

Thus, witnesses who testify before any House inquiry on impeachment – such as the one now being conducted by the House Permanent Select Committee on Intelligence – cannot claim any privilege, other than those that also come directly from the Constitution.

So if former New York City Mayor Rudy Giuliani – who has reportedly been conducting a secret shadow foreign policy with Ukraine at the president's request, during which it appears he has represented Trump's personal interests to the government of Ukraine and Ukrainian interests to the Trump administration – were to reject a House subpoena or claim the attorney-client privilege, he would fail.

The attorney-client privilege is grounded in a court rule, adopted by Congress, and thus it has the force of legislation. It permits clients to silence their lawyers about communications between them. Its sister privilege – the work product doctrine – also comes from a court rule, and it permits clients to keep secret certain documents prepared in furtherance of those legal communications.

But all legislation is subject to the Constitution and is subordinate to it. Thus, given the House's "sole power," any legislation interfering with the exercise of that power would become moot. Stated differently, Giuliani cannot constitutionally avoid a subpoena or assert the attorney-client privilege before a House committee, and could be jailed for doing so.

Can a House committee on its own issue a valid and enforceable subpoena? Yes, it can. House rules permit that and the Constitution provides that the House – just like the Senate – writes its own rules.

The president may not care for the House rules, but there is no appeal from them. The particular rule in question – the committee power to issue subpoenas without a full House vote – came about when Republicans controlled the House.

Impeachment is always constitutional if it originates in the House and if its basis is arguably for treason, bribery or other high crimes and misdemeanors. The "sole power" language enables the House to use the legal tools available to it – subpoenas, compelled testimony and other investigatory tools – to decide if the president has committed impeachable offenses and, if so, whether a case against him can or should be proven.

The manner of making such decisions – what is the quality of the evidence, does it come from credible witnesses, does it constitute impeachable behavior – are law enforcement-like decisions that are always made in secret.

When a prosecutor and investigators interrogate a witness or listen to a victim, this is never done in public, in order to enhance privacy, encourage candor and permit prosecutors to exclude witnesses who bring more baggage than evidence.

Stated differently, House rules permit inquiries in secret of witnesses who have knowledge of alleged impeachable offenses, and no one may interfere with the inquiry or refuse to comply with a lawful demand from it.

None of what I have written above is novel and all of it is based on the models dealing with impeachment proceedings against President Richard Nixon and President Bill Clinton and a fair reading of the Constitution.

Hence the demands of the White House legal counsel for the traditional adversarial system presided over by a neutral judge are based on the president's wishes, not on any due process or other known constitutional standard.

The due process Trump seeks – notice, hearing, fairness, counsel, cross-examination, confrontation, neutral judges – is only relevant during a trial. The House does not conduct trials; the Senate does. There and only there, if we get there, will the president have his due process rights.

The whole purpose of impeachment is to undo an election because of a strong national and congressional consensus that the president's mental state or official behavior is the literal, moral, or legal equivalent of high crimes and misdemeanors; and thus he is utterly unfit for office.

The president refused to deliver congressionally authorized and ordered military and financial aid to an ally threatened with Russian invasion until the ally’s government performed a presidentially requested favor for his reelection campaign – a favor that is unlawful to ask for. Is it an impeachable offense?

Under the Constitution, it is if the House says it is.