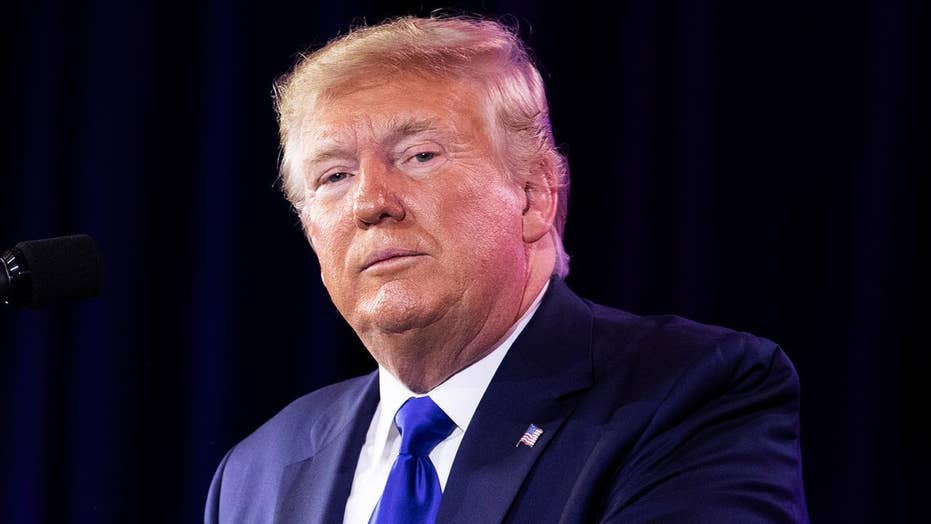 Relations between the U.S. and our NATO ally Turkey have hit a dangerous new low, following Turkey’s invasion of an area in northeastern Syria that was controlled by Kurdish forces until President Trump ordered a small contingent of American troops withdrawn earlier this month.

Trump’s decision to pull back was not easy, but it looks to have been the most feasible step he could take out of a poor set of military options baked in years ago.

Trump has sent Vice President Mike Pence, Secretary of State Mike Pompeo and National Security Adviser Robert O’Brien to Turkey on an important mission to meet with President Recep Tayyip Erdogan to try to arrange a cease-fire between Turkish and Kurdish forces in Syria and to patch up U.S.-Turkish relations.

Turkey is an important strategic ally that straddles the border between Europe and Asia and controls the access of NATO nations to the Bosporus straits that lead from the Mediterranean to the Black Sea and Russia.

The straits are narrower than the Hudson River around Manhattan. If a U.S. Navy destroyer wants to tail the Russians into the Black Sea it has to travel through the Bosporus.

Turkey is the bulwark of NATO’s southern flank and home to important U.S. military assets. Sophisticated American missile defense radar watches Iran. And the U.S. Air Force operates a major base at Incirlik.

The New York Times reported this week that up to 50 American nuclear bombs have been stored at the Incirlik base. Storing the tactical nuclear weapons that fit on fighter jets enhanced NATO’s deterrence policy, and showed real trust. The Pentagon won’t confirm or deny the presence of nuclear weapons.

For all these reasons, the U.S. can’t afford a complete break in relations with Turkey, despite Turkey’s move into Syria. The idea of going even further and having U.S. troops engage in combat with Turkish forces in Syria to defend the Kurds is almost unthinkable and would have disastrous consequences, driving Turkey into the arms of its neighbor Russia.

This is why the U.S. and European Union nations are issuing stern statements about Turkey’s cross-border operation in Syria, but applying only minor sanctions that amount to a slap on the wrist.

Keep in mind that Turkey has launched several cross-border offensives into Syria since the 1990s to disrupt threats from groups like the PKK – the Kurdish Workers Party, a nasty brew of Marxist-Leninist revolutionaries mashed up with terrorists.

Some Kurds in Syria, Turkey and Iraq have long sought independence – or more recently the more modest goal of greater autonomy – to create a Kurdistan homeland straddling the borders of the three nations. Turkey is determined to prevent that from happening.

Turkey’s cross-border offensives against Kurdish forces in Syria in 2016 and 2018 were barely noticed due to the ongoing battles between the U.S.-allied Kurdish forces and the ISIS terrorist group.

Few Americans are aware of the major Turkish incursions of the 1990s into Syria or the terrorist bombings inside Turkey by Kurdish separatists that prompted the Turkish response. Typically, NATO policy was to turn a blind eye.

Above all, the U.S. military was never supposed to get into Turkey’s border mess.

That all changed in 2014 when ISIS seized territory to create a caliphate in areas of northern Syria and Iraq inhabited by Kurds, driving to within 20 miles of Iraq’s capital of Baghdad.

The crunch came in the fall of 2014 in the Syrian town of Kobani on the border with Turkey. ISIS launched an all-out offensive and Kurds from Iraq, Iran and Syria rallied to defend the town against ISIS.

President Barack Obama and Secretary of State John Kerry dithered, then pounded out an emergency deal to send in massive US airpower and arm the Kurdish People’s Protection Units, known as the YPG, to battle ISIS forces. At one point, Turkey permitted military supplies for Kurds in Kobani to go through Turkish territory.

The U.S. arming of the YPG and other groups had one objective: to defeat ISIS. Some alliances spring from sharing a common enemy. Defeating ISIS was a task that brought in over 70 nations – including Turkey – at its peak.

Success at Kobani had another consequence. Overnight in 2015 – with advice from U.S. special operations forces – the YPG renamed itself the Syrian Democratic Forces and enlisted Arab and other Syrian groups.

“With about a day’s notice they declared they were the Syrian Democratic Forces,” Army Gen. Tony Thomas, former commander of the U.S. Special Operations Command, told an Aspen Institute Forum moderated by Catherine Herridge of Fox News in July 2017. The name change “gave them a little bit of credibility,” he said.

Political demands followed, to the point where “they were asking for things I couldn’t give them,” Thomas recalled.

American policy from Obama to Trump was to defeat ISIS. That was it. As far as I can tell, neither Obama nor Trump ever intended to create a sovereign political entity out of the Syrian Kurdish fighting groups.

In summer 2017, Trump gave Secretary of Defense James Mattis approval to send a few hundred additional U.S. forces into Syria to accelerate the defeat of ISIS. With this help, the Syrian Democratic Forces (the renamed Kurdish fighters) captured Raqqa, the capital of the ISIS caliphate. Mattis began winding down arms sales to the SDF and taking back heavy equipment.

With the ISIS fight on the ground over, Turkey fumed.

The low point came this summer when Turkey purchased a Russian S-400 air defense system and the U.S. kicked Turkey out of the F-35 fighter jet program.

America never planned to keep forces in Syria or to crash its relations with Turkey. In August, U.S. and Turkish forces were dismantling former YPG sites. About U.S. 50 elite special forces troops were there. A separate bare-bones U.S. military base remained in the south of Syria. France had forces there too, dependent on US logistics and the cover of US airpower deployed to the region.

By the way, Russian propaganda has been stirring in Kurd affairs at least since 1948, according to a CIA report from that year. And we know that now Russian President Vladimir Putin’s trolls are playing up the U.S.-Turkey split to embarrass the U.S. and NATO, which is pretty easy to do this time.

Russia’s glee is all the more reason why the U.S. and Turkey need to find a way forward. Or cede Russia the Black Sea.

You may have heard that the U.S. relationship with the Kurds and Turkey is complicated. Now you know why.