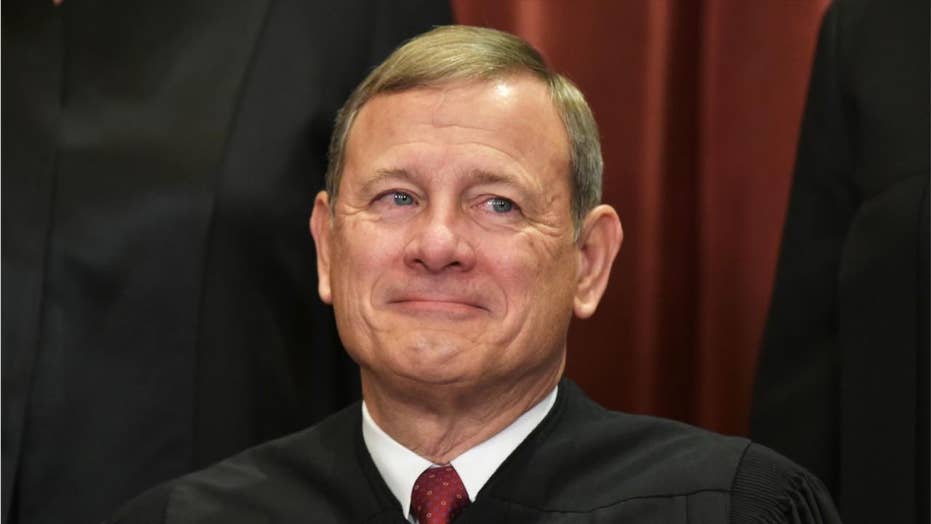 Over the ages, generations have competed, criticized and looked condescendingly down on each other. Most of us know for certain that our own generation is just right. Those older are clueless geezers and hopelessly out of it. Those younger are lazy, pampered spoiled brats who don’t appreciate the hardships we endured when we were their age.

I’m a boomer. Later generations look at us as a bunch of smug, self-satisfied types who rode rising stock and real estate markets to financial paradise and then yanked up the ladder so that younger people, drowning in college debt, were totally shut out of the American Dream.

JOSHUA ROGERS: I SAW A WOMAN DO THIS ON A TRAIN -- AND IT IMPACTS MY MARRIAGE TODAY

Boomers, repaying the compliment, tend to view those who followed us as self-absorbed, hand-crafted-mocha-latte-sipping, technology-obsessed, phone-staring, ridiculously tattooed, backwards-baseball-cap-wearing, layabouts whose greatest desire is to spend the rest of their lives smoking medical marijuana in their parents’ basements.

And of course, we’re all right.

I never cared one way or the other about all this intergenerational sniping … until now.

Some young whippersnapper had the clever idea to turn the “OK Google” command into the snide hashtag “OK, Boomer,” as if to say to folks like me: “Sit down and shut up, old man. Your time has passed.”

That got me madder than Joe Biden being asked about his son Hunter’s qualifications to earn big bucks from Ukrainian natural gas company, or Bernie Sanders being asked to explain how “Medicare-for-all” won’t bankrupt our government.

The “OK, Boomer” hashtag even made it to the hallowed halls of the U.S. Supreme Court. Chief Justice John Roberts – a dyed-in-the-wool boomer if ever there was one – asked recently whether using the phrase “OK, Boomer” in the workplace was not just patronizing but was evidence of age discrimination.

We boomers have put up with a lot of malarkey from self-congratulatory Gen Z types as they remake the world into something impersonal, intolerant, unrecognizable and all but unlivable, with their heads buried in their smartphones and their misguided conviction that there’s an app for everything that matters.

We tolerate their naiveté because we were young once, too. But we can’t even get through to them because their earbuds are cemented to their ears and they’re spending every waking moment staring, Narcissus-like, at their social media feeds.

Yet somehow that “OK, Boomer” thing put me over the edge.

Pro-tip, as you young folks like to say: The next time you see gray hair, think of it as a sign meaning “Information Center.”

I’m mad as hell at the younger generations. If you’re part of this group, I want to tell you why you’ve screwed up a perfectly great world, and just what you need to do next.

You spend your days staring into screens. By contrast, we make eye contact and therefore have empathy and real connection with other human beings.

You have hooking up. We have relationships.

You swipe right. We live right.

You live to get likes. We live for love.

You have influencers. We have thinkers.

You have politicians. We had statesmen.

We make commitments. You rent your furniture.

We win awards for accomplishments. You expect participation ribbons just for showing up.

We have tolerance. You have cancel culture.

On college campuses, we had open discourse and free speech. Today, you have a McCarthyism of the left and “trigger words,” because any idea you don’t agree with sends you screaming for crayons and teddy bears.

We won the Cold War. You guys have never met a left-wing totalitarian dictator from Castro to Maduro who you didn’t like.

When it comes to personal finance, we balance our checkbooks. You don’t even know how much you spend at Starbucks. (Hint: a lot).

You have McJobs. We have careers.

Culture? Same thing. We have classic music from the 1960s and 1970s – the Beach Boys, Beatles, Rolling Stones, Motown legends, Billy Joel, Aerosmith, ZZ Top and many more. You have Billie Eilish and other whiny balladeers who can only write songs about how some dope you met in the club won’t return your texts.

OK, Gen Z’ers, I get it. You’re in a squeeze because of student loans, and, yes, it looks like our generation pulled up the ladder. But that’s just like you kids to play the victim card. In truth, every generation has it hard, just in different ways.

You actually have the benefit of disintermediation, a word that didn’t exist when we were your age.

On Amazon, Etsy, Fiver, Upwork, and other sites, you can sell your ideas, creations, books, and time to markets all over the planet without ever having to create a resume or get a job. By contrast, we had to prove ourselves to gatekeepers and bosses, working our way up slowly, instead of starting tech companies and becoming gazillionaires not long after hitting puberty.

Pro-tip, as you young folks like to say: The next time you see gray hair, think of it as a sign meaning “Information Center.” We boomers didn’t get where we are by hanging around coffee shops and staring at Instachat and Snapface.

We earned everything we have, from our careers to our marriages to our houses to our 401(k)s.  And if you can get over your own youthful arrogance and ask us, we might just tell you how we did it.