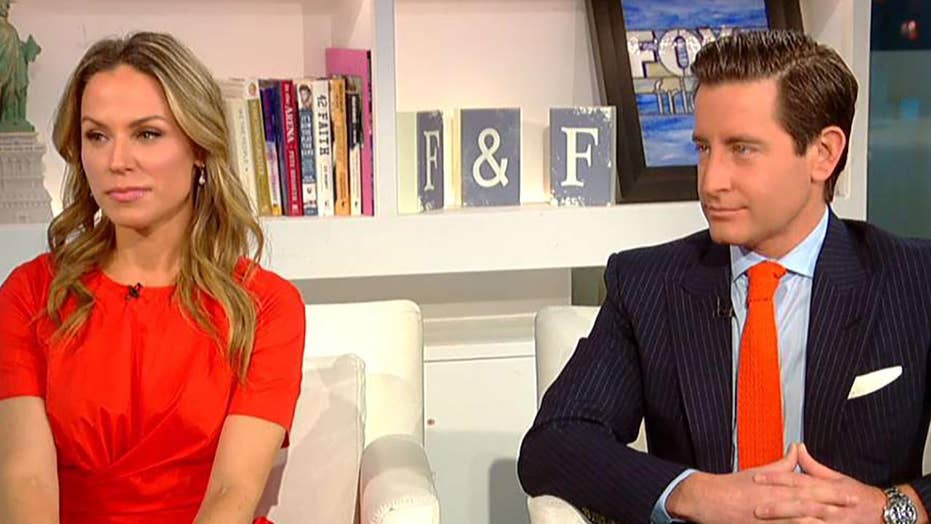 US cancer death rates dropping at fastest pace on record

A few months ago, I met with Kaitlin Sandeno, the new manager of the International Swimming League’s D.C. Trident Team, for coffee in Washington, D.C. We expected our first face-to-face conversation to focus exclusively on the league’s upcoming inaugural swim season. Sandeno has many talented swimmers on her team, including Olympian Katie Ledecky.

However, we both quickly realized we had something far more significant in common: family members and friends who are battling cancer.

In spite of back pain and upper respiratory problems, Sandeno demonstrated extraordinary perseverance, determination, and toughness as an athlete. At the 2000 Sydney Summer Olympics, Sandeno won a bronze medal in the 800-meter freestyle. In the 2004 Athens games, Sandeno won three more Olympic medals, including a gold medal in the 4x200 freestyle relay.

NANCY BRINKER, ERIC ROSENTHAL: THE UNSUNG HERO WHO BOOSTED CANCER AWARENESS WHEN IT WAS UNMENTIONABLE

She was naturally drawn to the brave children who suffer from cancer, who refuse to give up even under the most unimaginably trying of circumstances.

Sandeno is a national spokesperson for the Jessie Rees Foundation. Jessie was an 11-year-old junior Olympic swimmer who lost her fight with brain cancer 10 months after being diagnosed. While undergoing cancer treatment, she created JoyJars to provide comfort to young cancer patients. Filled with children’s toys and games, JoyJars are now distributed free of charge all over the world to children fighting cancer.

In her all-too-short time on this earth, Jessie Rees made an extraordinary and lasting impact on compassionate care for children suffering from cancer.

Dedicated to providing care until there is a cure, the Jessie Rees Foundation gives new meaning to the maxim, “One team, one fight.” Caregiving for cancer, especially children battling the disease, draws families and friends together. Together they share the most sacred responsibility, but too often sadness and grief as well.

Some believe elite athletes are one-dimensional, that they should not stray from their swimming, dribbling, catching or passing. But Sandeno proves that the very skills that enabled her to become a world champion swimmer also qualify her to be the most compassionate advocate

While doctors work on a cure, cancer patients rely on friends and family for their care. Especially when the patient needs a break, the Jessie Rees team steps in and keeps up the fight on their behalf until they are ready to keep fighting.

Sandeno has traveled extensively to children’s hospitals to provide kindhearted support and to spread Jim Valdano’s motto, “Never give up” (or NEGU).

According to the American Cancer Society, cancer is the second leading cause of death among children under 14 in the United States. Thanks to advances in treatment, more than 80 percent of children with cancer now survive five years or more. Like adult cancer patients, children undergo surgery, radiation, and chemotherapy. Unlike adults, lifestyle factors like smoking very rarely play a role in influencing children’s cancer risk.

The last thing children should be doing is fighting for their lives at such a young age.

Some believe elite athletes are one-dimensional, that they should not stray from their swimming, dribbling, catching or passing. But Sandeno proves that the very skills that enabled her to become a world champion swimmer also qualify her to be the most compassionate advocate, standing shoulder-to-shoulder and supporting the most vulnerable of our population, who suffer so cruelly.

Here’s some well-deserved applause for the kinship between the sports world and children battling cancer. May they continue to draw strength and inspiration from one another.