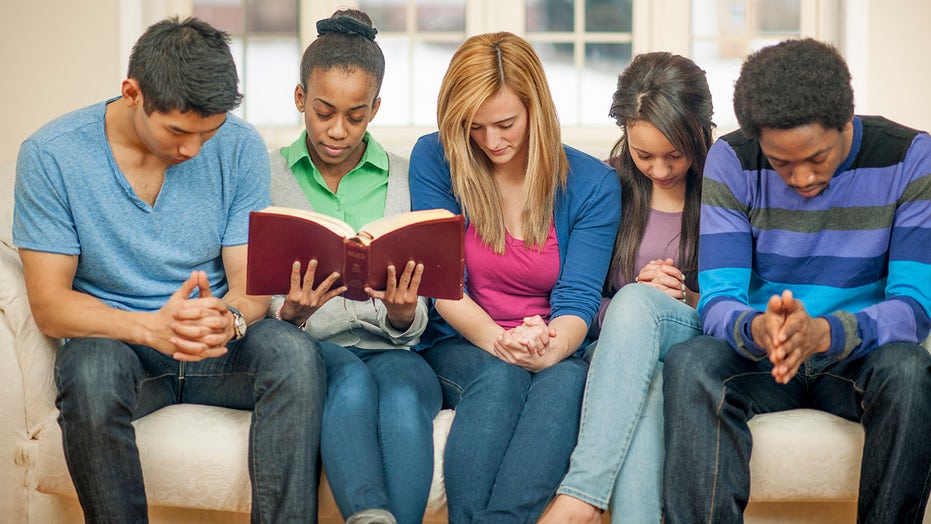 Fox News spoke with college millennials from prestigious New York City universities about the shift from traditional American values and found out what values were important to them.

The youngest adult generation in the country is the most accommodating to religious minorities in the workplace, according to a new nationwide survey on religion.

"Millennials (born 1981-1996), Gen Z (born after 1996) and younger generations are far more supportive than older ones of the freedom to practice religion in the workplace," the report states, which is surprising after other studies have shown millennials don't value religion as much as previous generations.

The Becket Fund for Religious Liberty released on Wednesday its first "Religious Freedom Index: American Perspectives on the First Amendment," which surveyed an unscientific sample of 1,000 American adults and their take on religion.

"Over the last 25 years, Becket has made a name for itself as the premier religious liberty law firm in the nation, representing people of all faiths and political views. We are eager to contribute a new tool for understanding Americans' sentiments towards our first freedom," Mark Rienzi, president and senior counsel at Becket, told Fox News.

The report lists three key findings: "Consensus in a polarized society, preference for hands-off government approach, and support for a culture of accommodation."

The Index concludes that despite culture wars, religious freedom is still important to a vast majority of Americans, well above 70 percent, across political and religious divides.

More than 87 percent of Americans support the right to practice religion in daily life without facing discrimination or harm. Even on views on marriage, 74 percent said individuals and groups should not face discrimination, fines or penalties from the government for those beliefs.

The overall score given for the first Index is 67 (out of 100) which the firm calls "strong support for religious freedom protections" in the United States and will serve as a baseline for future reports. The number comes from the six dimensions covered in the report (Religious pluralism, Religion and policy, Religious sharing, Religion in society, Church and state and Religion in action), with strongest support for religious pluralism (80 percent) to the lowest scores (63 percent) for religion in society and 58 percent for church and state.

While the findings may not surprise Americans, Becket points out that, when compared to other countries, these results "would certainly be outside the norm."

Becket concludes: "Future results will reveal whether religious freedom will remain a unifying value at the core of American cultural identity, or shift to a partisan and controversial topic like so many others."

Respondents for the unscientific survey volunteered to participate in online surveys and polls. Online opt-in panels such as the one used for this study do not use probability sampling, and accordingly the strict calculation of sampling error is not typically done.