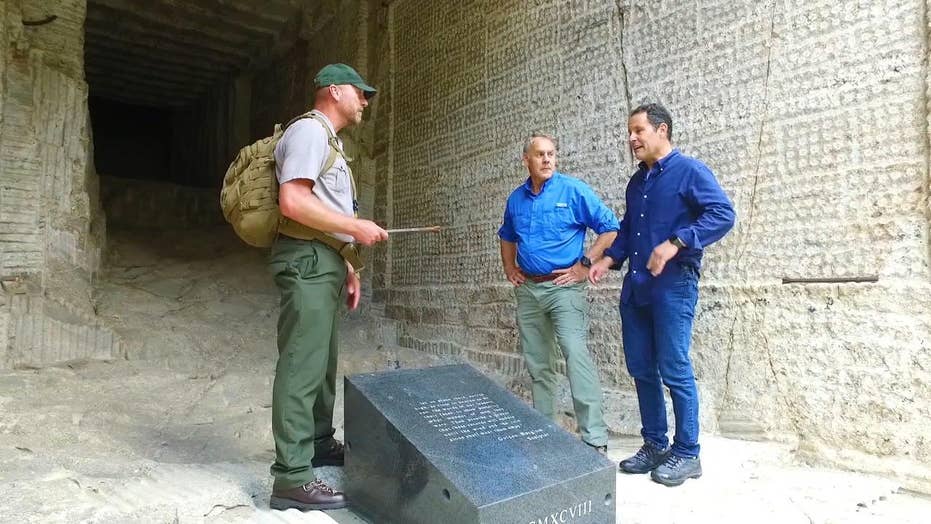 President Trump’s announcement that the annual Independence Day fireworks show over Mount Rushmore will be reinstated after more than a 10-year hiatus was delivered with something of a wry twist.

The popular event was canceled in 2009 over “environmental concerns,” including the risk of forest fires.

In announcing the return of the patriotic pyrotechnics, the president brushed aside any ongoing fear of the holiday show starting a fiery blaze.

10 OF THE TOP FOURTH OF JULY FIREWORK DISPLAYS ACROSS AMERICA

Of course, the nation’s chief executive is well aware there are trees surrounding the famed granite sculpture. But rather than catastrophizing the situation, the president balanced the minuscule risk with the magnificent reward of a crowd-pleasing, picturesque celebration.

Instead of finding an excuse, he found a solution.

I think Presidents Washington, Jefferson, Lincoln and Roosevelt would approve.

In Colorado, where I live, numerous fireworks displays have been canceled over so-called environmental fears also, including a longtime New Year’s Eve show in the quaint ski town of Breckenridge.

Haley Littleton, the village spokeswoman, said they decided to cancel the winter show to “provide consistency” with their July 4 cancellation and in order to “not disturb our wildlife.”

Sometimes I think liberals are just allergic to fun.

One of Trump’s draws during the 2016 election was his penchant for speaking bluntly. It enabled him, despite his massive wealth, to connect with everyday people. Behind the candor, though, was often common sense – something that’s historically been in short supply in bureaucratic Washington.

Whether he was talking about hysterics surrounding the environment or the need for the nation to dream again, his populist appeal was framed in shirt-sleeve English. In fact, he ran as a “common-sense conservative.”

I grew up on the south shore of Long Island, just about 12 miles from Trump’s childhood home. Over the course of the 25 years I lived there, I knew plenty of people who spoke in a similar straight-forward vein.

Although I don’t appreciate crass language, which Trump has been known to employ, I find it refreshing when people say what they mean – and mean what they say.

At the March for Life rally, where Trump became the first president to address the enthusiastic throng in person, the 73-year-old reiterated his strong opposition to abortion. Since running for president, he’s been criticized for speaking so bluntly about the horrors of the practice – but the killing of 3,000 innocent babies every single day is horrific to the extreme.

In Donald Trump’s world – and in the minds of millions of others of us who feel likewise – it’s common sense to give life a chance. And with a million abortions a year and a million couples waiting to adopt, the solution seems quite obvious if still not common practice.

My math teacher in seventh and eighth grade, Sister Maria Martin, often lamented, “The most uncommon thing is common sense.” Over 35 years later, my wise mentor just turned 90, and yet the problem has only gotten worse.

It’s common sense that when you disincentivize anything, you’re going to see less of it, whether it’s marriage, large families, work, retirement accounts, charitable giving or entrepreneurial start-ups. You have to inspect what you expect and give people a reason to want to reach beyond their grasp.

Yet, liberal politicians want to increase taxes on the very people who pay the vast majority of them, all while expanding entitlements, forgiving student loans and championing the lie that "free" equals "freedom."

From my perspective, true and ultimate freedom is independence from government and dependence upon the Maker of heaven and earth.

When Thomas Paine wrote his famous pamphlet, "Common Sense," on the eve of the American Revolution, he wisely observed that “a long habit of not thinking a thing wrong, gives it a superficial appearance of being right – and raise[s] at first a formidable outcry in defense of custom.”

Sometimes I wonder if that’s why the reaction to conservative, common-sense policies is so loud. So many have grown so accustomed and comfortable to liberal ways that an alternative path looks strange.

President Trump has promised to try and attend the July 4 extravaganza in South Dakota’s Black Hills. No stranger to stagecraft and a producer of pomp and pageantry, the real-estate magnate knows a good party when he sees it.

I think he’ll be most pleased to be standing in the shadow of four of our nation’s strongest purveyors of prudent wisdom, especially his fellow straight-talking former New Yorker, who was also known to speak his mind regardless of the consequences.

“There are many qualities which we need in order to gain success,” wrote Teddy Roosevelt, “but the three above all — for the lack of which no brilliancy and no genius can atone—are Courage, Honesty and Common Sense.”