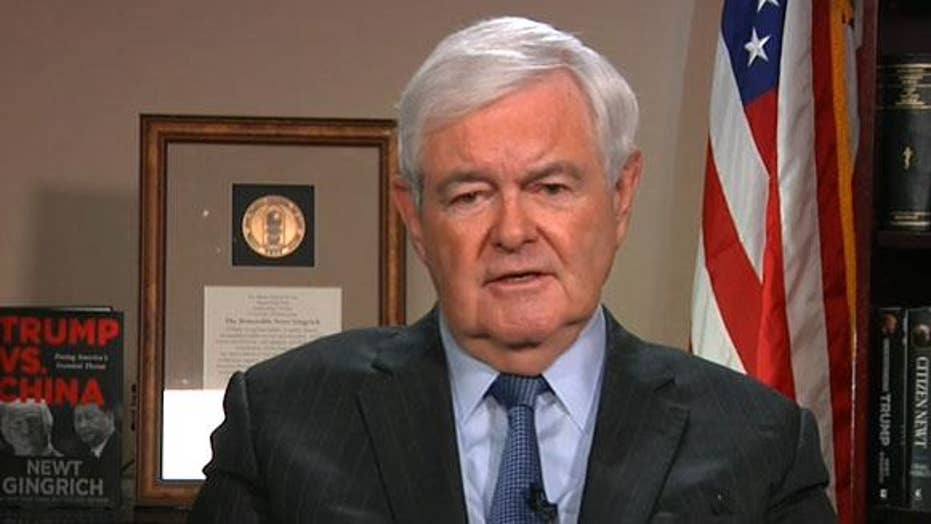 Nancy Pelosi said Bill Clinton was impeached for "being stupid." Newt Gingrich, former Speaker of the House, says there were eleven counts where Clinton was found guilty by an independent council and it was never about "sex in the oval office"

Since the start of the Democrats’ impeachment effort, I have been constantly asked by journalists about my experience from the Clinton impeachment in 1998 when I was the speaker of the House.

Frankly, I haven’t wanted to encourage the media’s maniacal, hyper-focus of the impeachment circus. But when I watched House Speaker Nancy Pelosi tell us that for two-and-a-half years she had been plotting this impeachment, I felt that I had to speak out about the vast differences between what we did in 1998 and what they are doing now.

This is why I’m devoting this week’s episode of "Newt’s World" to this discussion.

The truth is, in 1998, President Clinton and I didn't spend all our time fighting each other. We thought that as speaker of the House and president of the United States, we had an obligation to Americans to do things for America.

If you go back and look, you'll find that we passed a welfare reform – which was the most successful effort to help poor people leave welfare and get jobs (and get children out of poverty) than any other in American history. We passed Food and Drug Administration reform, something Congress had worked on for years.

Also, working with President Clinton, we passed four consecutive years of a balanced budget – the last time in many of your lifetimes this happened. We also had the economy growing faster because we passed the largest capital gains tax cut in history.

In fact, all through the period of the Clinton investigation and impeachment, we still worked together on things, particularly dealing with Saddam Hussein and the problems in Iraq.

Another thing the media regularly omits about the Clinton impeachment effort is that it was bipartisan. Democrats and Republicans voted to impeach him.

We were faced with a report from Independent Counsel Ken Starr which plainly said Clinton had violated laws on 11 counts – including perjury, which is a felony.

The charges were so serious, Clinton lost his license to practice law. He had to pay steep fines for having perjured himself, and he ended up paying the young woman who had sued him for sexual harassment when she was working for the Arkansas government.

Compare that with where we are right now. We had a two-year-long Robert Mueller investigation conducted by people who hated President Trump. They couldn’t find anything close to a crime.

Now, we are watching the culmination of Pelosi’s two-and-a-half-year impeachment effort – in which the Democrats failed to find anything close to a crime.

I hope you will join me for this week’s episode of "Newt’s World" and getting a better understanding of the differences between these two important moments of American history.