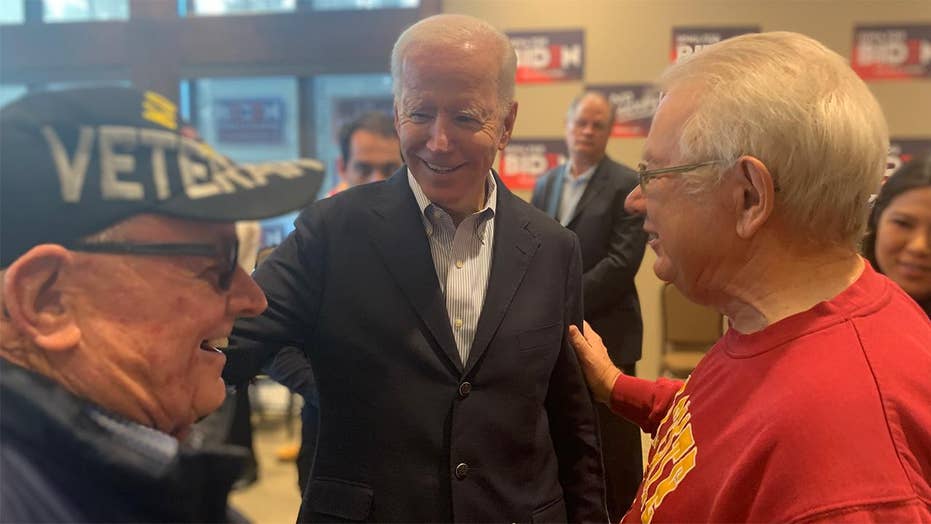 I recently received a fundraising email from former Vice President Joe Biden that captured the profound difference in the approach to foreign policy between Democrats and President Trump.

Biden wrote: “Did you see the video of our friends and allies in London this week? World leaders were LAUGHING at the President of the United States, after he once again embarrassed himself and tarnished the reputation of the United States at a summit.”

The Democrats’ desperate desire to be loved by foreigners runs through the entire email. In effect, Biden is promising to have policies that would lead President Emmanuel Macron of France to like him.

Macron, of course, recently called NATO “brain dead,” has about one half of President Trump’s approval rating and has hundreds of thousands of French men and women in the streets this weekend protesting his policies.

First, more than any president since Ronald Reagan, Trump represents American values and American interests. President Trump expects other leaders to argue for their country’s interests and he is certainly going all out in arguing for American interests.

Second, the Trump economy is getting stronger while the European economies are in bad shape. The day after the Biden campaign sent its email, the U.S. Department of Labor reported that the United States added 266,000 new jobs in November – about 80,000 more than economists expected.

While other countries languish with high unemployment and low growth, the Trump economy is producing steady growth, a huge increase in oil and gas production and the lowest unemployment levels in 50 years. Jealousy is a significant factor in the foreign leaders’ response to President Trump.

Third, with the largest economy in the world, the United States spends far more on defense as a percentage of its economy than Germany, the second-largest economy in NATO. Everyone recognizes that the American military is more powerful than the rest of NATO combined. This leads to jealousy rather than respect.

You don’t have to take my word for the scale of the Trump impact on NATO. Here is what NATO Secretary-General Jens Stoltenberg (a Norwegian) said about the American impact at a news conference with President Trump:

“Let me thank you for the leadership you show on the issue of defense spending because it is very important that we all contribute more to our shared security, and it is really having an impact because, as you said, allies are now spending more on defense,” Stoltenberg told Trump.

“So we see some real money and some real results. And we see that the clear message from President Donald Trump is having an impact.

“And the reality is that – not least because it has been so clearly conveyed from President Trump that we need fair burden-sharing – allies are stepping up,” Stoltenberg added. “And we are also modernizing this alliance, responding to new challenges in cyber, in space. We will declare space as a new operational domain for NATO, something we never had before.”

Just to be clear, NATO defense spending has jumped over $100 billion a year from 2016 to 2019. Over the next few years, the projections are that President Trump’s efforts will lead to a further half-trillion dollars in defense spending by NATO members.

This is an increase of strength that is a powerful signal to President Vladimir Putin’s Russia and other potential aggressors.

Biden is faithfully representing the left’s desire for a weak America – loved by foreigners while failing to represent his own country. He stands for military weakness rather than insisting on strength and for pandering to other countries as though the proof of a successful Biden presidency would be how many foreign leaders loved him.