Scott Brown on the spending bill: 'Manchin is the only one holding this freight train back'

The current fiscal situation is so dire, so out of hand -- and the dollar figures so enormous -- they’ve become almost impossible for the American people to comprehend.  And, the Democrats’ latest $3.5 trillion boondoggle is no exception.

There are two Democrats in the United States Senate -- in a caucus of 50 -- who’ve spoken out in recent months about the monumental price tag of the aforementioned $3.5 trillion budget reconciliation bill.  Sens. Joe Manchin of West Virginia and Kyrsten Sinema of Arizona have been working overtime trying to paint themselves as moderate voices of reason in a sea of socialist insanity.

DAN BONGINO: 'FLUSH YOUR MONEY DOWN THE TOILET' BEFORE THE GOVERNMENT GETS IT

It’s a nice try, but I say not so fast.  While Manchin and Sinema should be applauded for pumping the brakes on the radical left’s ridiculously expensive country-busting spending plan, they both appear poised to be in favor of a yet to be determined dollar figure somewhere below $3.5 trillion.

For Manchin, it’s reportedly around $1.5 trillion and for Sinema, it’s still unknown. But let me be clear:  for any politician looking to be awarded the "moderate" seal of approval, voting for another $1.5 trillion in completely unnecessary social welfare spending in the face of a $28 trillion national debt is anything but moderate.

The Democrats’ multi-trillion dollar socialist wish list is not emergency spending that must happen now -- far from it.  The high wire act being attempted by President Biden, Speaker Pelosi, and Majority Leader Schumer is truly shameful.

This trio of entrenched Washington politicians is trying to blur reality and rushing to take advantage of the COVID-19 pandemic one more time -- something Manchin and Sinema should reject entirely.  In fact, if Sens. Manchin and Sinema were really moderates, they would be talking about deficit reduction and entitlement reform, not more irresponsible spending. 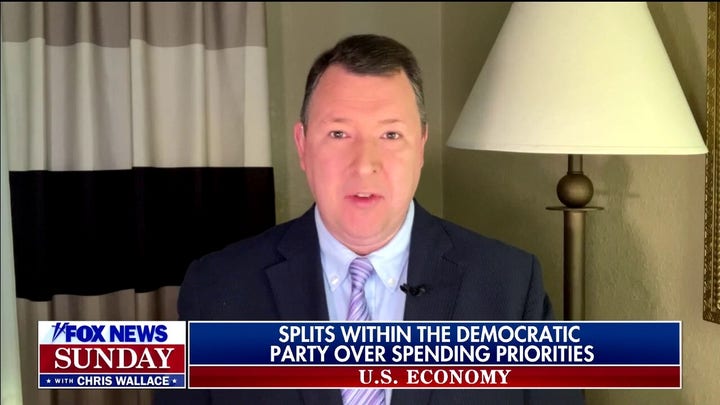 Alarms have been going off about our debt crisis for years, but far too little has been done to confront it.  And to make matters worse, the Medicare and Social Security programs are only years away from insolvency -- but you won’t find many in Congress willing to talk about that most inconvenient reality.

When considering this bleak fiscal outlook and our out of control spending habits, it’s only common sense to think that our leaders should be focused on fiscal responsibility, spending caps and cuts, deficit reduction, and entitlement reform.  Unfortunately, you’d be wrong -- dead wrong in fact.  Instead, Biden, Pelosi, and Schumer are all hell bent on doing the exact opposite: spend as much of your money as possible. 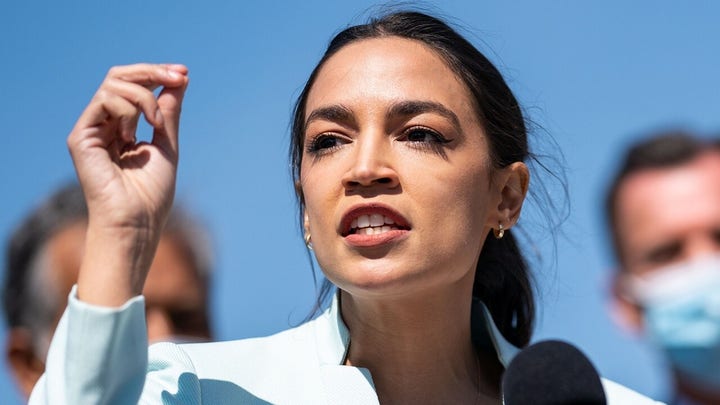 After 18 months and trillions upon trillions in COVID-19-related spending, these unhinged leftists want to continue spending and borrowing at the same unsustainable pace - not on emergency, mandatory spending -- but on infrastructure and Sen. Bernie Sanders’, I-Vt., socialist wish list.

Some people think that spending on infrastructure is a good thing, but when you’re $28 trillion in debt, is it really the right time? And of course, out of touch Washington politicians on a drunken spending spree don’t want to stop at $1.2 trillion for infrastructure, but now want to ram through an additional -- and totally irresponsible -- massive welfare state expansion bill through Congress for good measure.

We’re staring at a fiscal calamity and our left-wing leadership is choosing to make it a reality sooner rather than later.  It’s simply maddening what they’re going to leave behind for our children and grandchildren to deal with.

The Democrat leadership teams on both ends of Pennsylvania Avenue are so slick in fact, they’ll look you in the eye and say all of this is paid for -- just trust us.  Of course that’s a lie.

When liberal career politicians tell you that items with a still uncertain multi-trillion dollar price tag are fully paid for, should you believe them?  I don’t think so.

President Biden’s approval rating is plummeting because he’s overseeing all the crises his administration has instigated and the American people want our nation’s chief executive to fix problems, not create them.  And pushing radical socialist legislation that will tack on trillions and trillions to our national debt is only making our nation’s fiscal crisis worse.