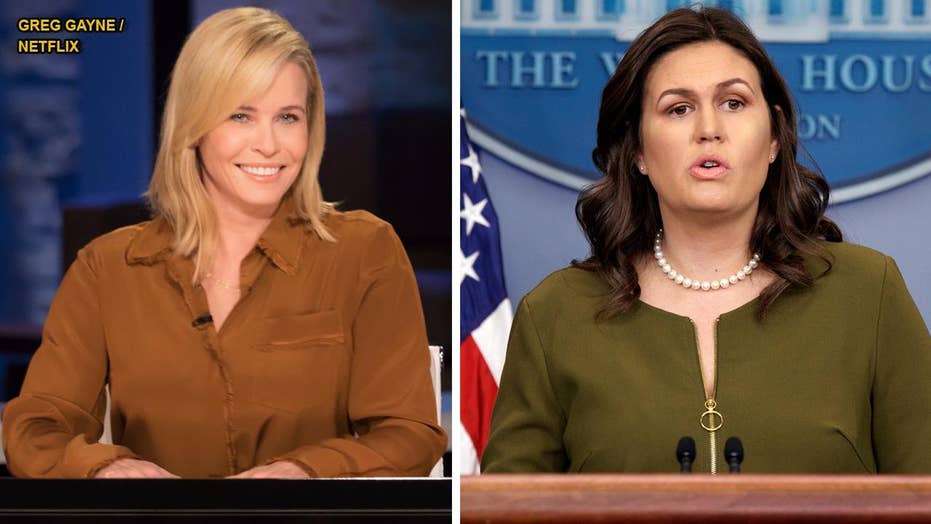 The days of ultra-liberal feminists in the media and Hollywood brainwashing women into believing they speak for the majority of us are coming to an abrupt and final end.

Conservative women have increasingly risen to more prominent positions with larger platforms and louder microphones, making it harder for their voices to be drowned out by the shrieks of the extreme liberal women.

MSNBC’s Mika Brzezinski erupted in hysterics on “Morning Joe” Tuesday, demanding all women who work in the White House – including the President Trump’s daughter, Ivanka – turn their backs on the president over a tweet he sent in response to Sen. Kirsten Gillibrand, D-N.Y., calling on him to resign over allegations of sexual misconduct. The president fired back saying that Gillibrand would do anything for campaign contributions.

Brzezinski went on to say that women in the White House “don’t care about this country” and are “worth nothing” unless the president deletes his tweet. She also singled out White House press secretary Sarah Sanders, saying that if Sanders defended the president at the Tuesday press briefing –  in other words, if she did her job – she should resign.

Brzezinski kept at it on Wednesday, directing her fire at First Lady Melania Trump, saying that her platform against cyberbullying is a joke and telling Ivanka Trump to “go home.”

Brzezinski’s outbursts are just the latest evidence we’ve seen that as more conservative women rise, far-left women are becoming more and more unhinged and hateful. They are terrified because their jig is up – and they know it.

This was also the case when comedian Chelsea Handler unleashed her middle school mean girl on Sanders last week. Handler viciously mocked  Sanders’ appearance in a promotional video for Handler’s Netflix show. She justified it by saying that Sanders deserves to be taken down because she’s “pure evil.”

Pure evil? Wow. When I think of pure evil, I think of Osama bin Laden, Adolf Hitler or Charles Manson – not a female White House press secretary who defends the president of the United States.

Nobody can say those safe spaces aren’t doing their job.

As intelligent adult women, we conservatives watched Handler’s video and felt like we were watching an episode of one of those catty tween shows – the kind I never let my kids watch. It’s like we were transported back to the superficial world of junior high, where appearance and body image are the biggest problems in the world.

Note to Handler: You’re no longer in 8th grade. Most of us have graduated from the superficial to the real world and you should too. The issues we’re tackling now are much bigger than makeup.

Part of being a grownup is being able to disagree by having an intelligent conversation using facts. However, as we’ve seen, when the facts get in the way of all the fiction liberal feminists try to peddle, they take their fight back to the playground.

For far too long, conservative women leaders have flown under the radar, but now we have a White House full of strong conservative women. The ultra-liberal feminists are absolutely losing their marbles over it.

The far-left women are scared to death and want the cat put back in the bag, so to speak. There is a president who was supposed to be anti-woman in the Oval Office, but the West Wing – specifically the Press Office – is stacked with women in high-powered positions who speak on behalf of his administration every day.

Echoes of feminist hissy fits from the likes of Brzezinski and Handler are being heard all over the place at the threat of losing their claim to the XX chromosome. And I’m sure we haven’t heard the last of them yet.

In Michelle Obama’s speech at the Democratic National Convention, she famously said that “when they go low, we go high.” Handler and Brzezinski certainly haven’t taken that advice.

Conservative women are finally realizing we are not alone. Women who were once afraid to speak up because they always assumed they were in the minority are now finding their voice and discovering there are more women out there like them than they ever realized.

Ultra-liberal feminists are in full-on panic mode. However, watching the extreme attacks that people like Mika Brzezinski and Chelsea Handler pull doesn’t help their cause with women outside of their bubble.

Out here in the rest of the world, where real women live, most of us find tactics like the assaults on Sanders to be vile and disgusting.

When we go high, their true colors show.