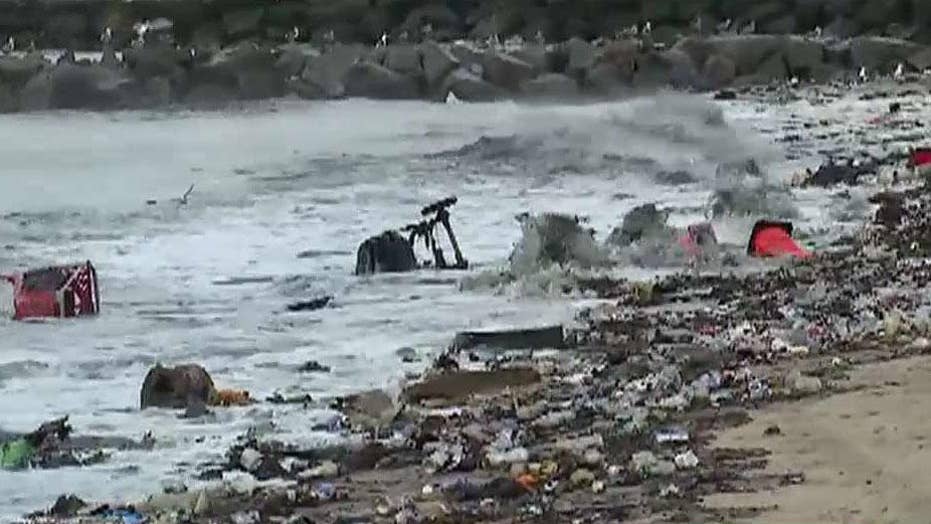 I was appalled when I read that President Trump’s reelection campaign has raised several hundred thousand dollars selling plastic drinking straws, branded as an alternative to "liberal paper straws."

The straw sales began after the president questioned why some communities are banning sales of plastic straws.

"I do think we have bigger problems than plastic straws," Trump told reporters at the White House last month." What about the plates, the wrappers and everything else that are much bigger and they're made of the same material?"

Now before I start getting email telling me that "Trump straws” are recyclable and reusable, please understand this: They’re still plastic, and plastic eventually is thrown away.

I live in California, and when the push to eliminate plastic straws gathered steam, many of us (yes, even liberals) rolled our eyes. Aren’t there more important issues to address?

But then I learned why it’s essential to get rid of them. Banning plastic straws isn't a lefty issue. It's an environmental issue, an animal rights issue – even a human health issue.

Most plastic straws can't be recycled and they don't biodegrade like the paper variety. A single straw may not seem to pose much of a problem, but Americans currently discard a huge amount of straws every day. No one knows the exact number, but estimates range from 170 million to 500 million straws daily.

Don’t care much about the environment? How about wildlife? Sea creatures?

Environmental advocacy groups estimate that plastic in the oceans kills 1 million seabirds and 100,000 marine mammals every year. Animals ingest straws and other plastic, causing them to choke or suffocate. Others starve because they've eaten too much plastic that they can't digest.

Most of you have seen those sorrowful social media videos of dead whales found to have swallowed thousands of plastic straws. Our hearts cry out when we see adorable sea turtles with plastic stuck in their nostrils. Countless dolphins are suffering a similar fate.

Plastic straws slowly fragment into tiny pieces known as microplastics that find their way into the food chain. When you eat fish that have consumed the particles – which can include carbon, hydrogen, nitrogen, sulfur, chlorine, fluorine, phosphorous and silicon –  your health can be at risk.

A simple way to help reduce plastic pollution and the environmental damage it causes is to stop using plastic straws.

There are lots of alternatives to plastic when it comes to straws. Maybe that's what Trump should be selling.