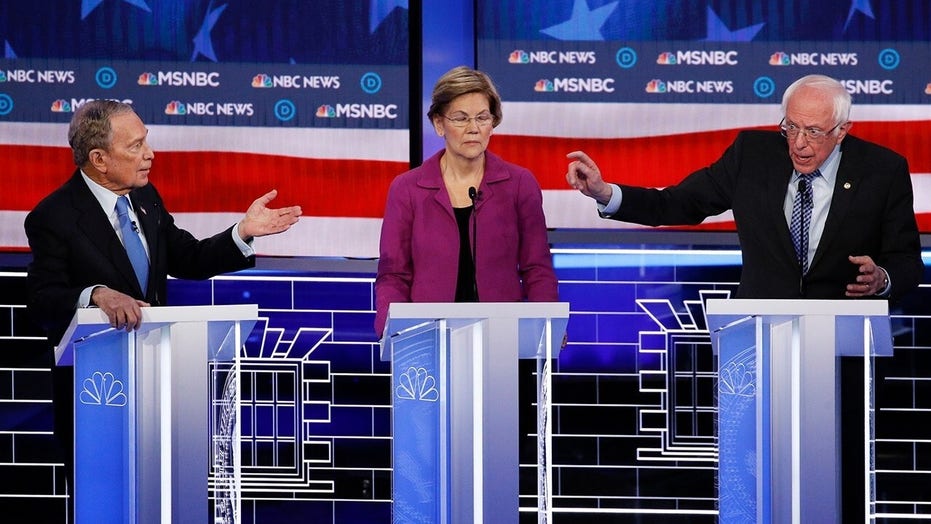 Democrat primary candidates come out swinging against Michael Bloomberg in Nevada; Griff Jenkins reports from Las Vegas with a recap of the night's biggest moments.

Presidential nomination candidates are continually tested. But not all tests are graded equally. The ones coming up in Nevada this Saturday, South Carolina the next, and 14 other states plus American Samoa on Super Tuesday, March 3, could be enough to determine the Democratic nominee and the next occupant of the Oval Office.

The most important test will be in South Carolina. Will black Democrats send Joe Biden roaring into Super Tuesday with a win, or doom his candidacy by defecting?

Mike Bloomberg’s strategy—skipping the first four contests and burying the competition under a mountain of cash come Super Tuesday—will also be tested. The former New York mayor’s team has warned other moderate candidates that by staying in the race, they’ll “propel Sanders to a seemingly insurmountable delegate lead.” Mr. Bloomberg has reason to worry: After spending more than $400 million on advertising, he’s at only 16.5% and second place in California in the RealClearPolitics polling average, 11.7% and fourth in Texas, and 17.3% and third in North Carolina.

It’s also worth keeping an eye on other, less obvious but still consequential tests. One is how much influence former Sen. Harry Reid has in Nevada. The former amateur boxer and Senate majority leader is retired and ailing but remains the Silver State’s Democratic heavyweight. This past Friday Rep. Steven Horsford, Nevada’s only black congressman, backed Mr. Biden, only three days after the former vice president took a gut punch in New Hampshire. This was an important get for Mr. Biden, and it’s hard to believe Mr. Horsford endorsed without being encouraged by his mentor, Mr. Reid.