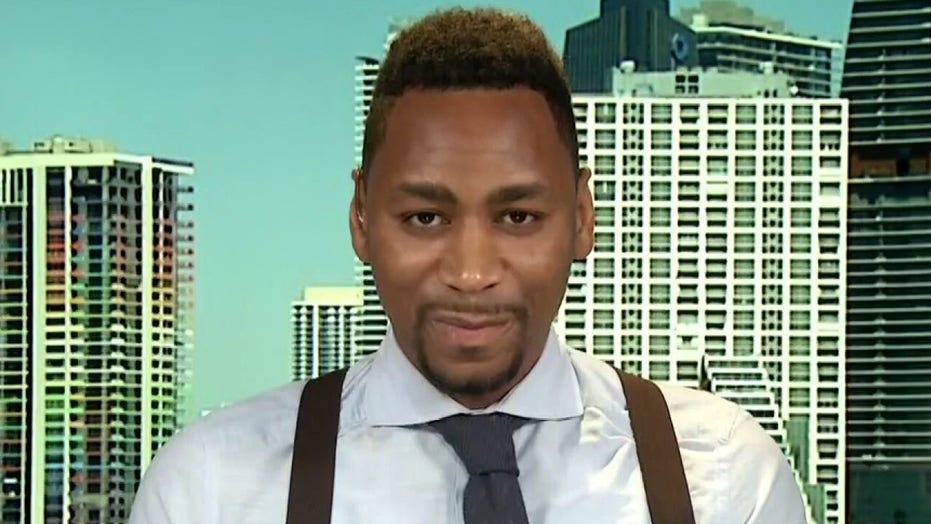 Fox News political analyst Gianno Caldwell weighs in on the toppling of Confederate monuments and discusses his op-ed on the GOP's Justice Act to reform police.

Each day – via protest, social media or face-to-face – people of all races and backgrounds have been coming together to share their stories, listen and advocate against racism in America.

These are the tough discussions that might, for reasons both hurtful and hopeful, bring tears to your eyes. I know it happened to me on Fox News while I discussed being black in America and our country’s need for more accountability and reform of our police departments.

Yes, I’d had negative experiences with the police when I was younger; police officers followed me for two miles once before they pulled me over, confused, wondering how I could afford the car I was driving. I can only assume they thought I was a drug dealer or gang member on the south side of Chicago.

In their eyes, how could a young black guy afford such a nice car? I’d obviously, in their eyes, done something wrong. That experience has haunted me for years and, even as a national TV personality, I still get concerned when police officers drive behind me.

Despite that alarm, I am still an ardent supporter of law enforcement. I’ve even worked for the National Organization of Black Law Enforcement Executives, helping craft their messaging on issues regarding the police and the communities they serve.

The leadership of that organization has, for years, been advocating for change via race sensitivity training, the increased recruitment of African-American officers, national use of force guidelines, as well as many other policies to help prevent another tragedy from ever happening. And now, more than ever, we need that change. As a conservative, I have discussed in my book "Taken For Granted" the necessity for conservatives to lead on police reform.

On Wednesday, Sen. Tim Scott, R-S.C., unveiled the Justice Act. This legislation will help to create a more fair and equal application of the law by creating changes to police procedures and accountability – including an enhanced use-of-force database, restrictions on chokeholds, and new commissions to study law enforcement and race

That's a good starting point. Still, as the legislation moves through its various negotiations and tweaks, there is one area that should be up for consideration and change.

This is the “fear of life” standard – also known as “objectively reasonable” – established in the case of Graham V Connor when, in 1989, the Supreme Court set the yardstick that a police officer’s use of excessive force must be seen in the context of what reasonable officers would do in the same situation. However, it is all too easy for an officer to assert that he was in fear for his life at any point after making a deadly mistake.

Sadly, many officers in the past have used this very defense, a defense that protects them without consequences, in cases that clearly showed the officer wasn't in danger. This standard must change, and including it as part of the current Justice Act will be one more step on the path of social justice for all of us.

The overwhelming majority of police officers are good people who put their lives on the line every day for our protection. It is fair, and obligatory, to demand transformation in racial justice while also supporting those tasked with fulfilling that change. Replacing the “fear of life” standard with a system that holds our protectors more accountable is a key part of this essential reform.