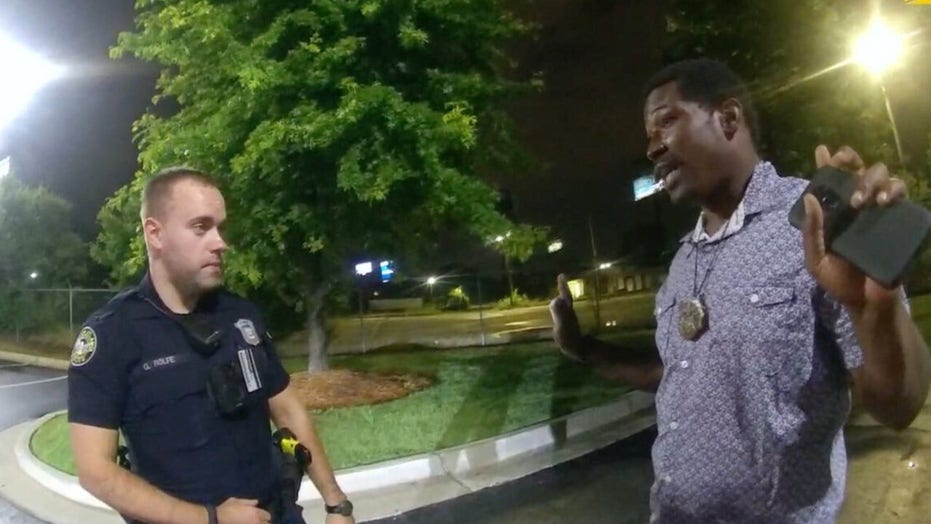 For much of American history, black lives didn’t matter. Enslaved Africans were brought to the British colonies and later the newly formed United States in chains and bought and sold like farm animals. And long after emancipation, racism was codified in discriminatory laws that made a mockery of the claim in the Declaration of Independence that “all men are created equal.”

The idea of a white police officer going to prison for killing a black person was absurd in those bad old days. Thankfully, while the promise of the Declaration of Independence remains sadly unfulfilled, much progress has been made and another important step was taken Wednesday. Two white Atlanta police officers were charged in the clearly unjustified shooting death Friday night of Rayshard Brooks.

Fulton County District Attorney Paul Howard Jr. said he filed 11 charges against fired Officer Garrett Rolfe, including felony murder, which carries a maximum penalty of a death sentence. Video showed Rolfe shooting Brooks in the back as Brooks ran away, not wanting to be handcuffed when Rolfe tried to arrest him for the minor offense of being intoxicated while sleeping in his car in a restaurant drive-thru lane.

Howard also said he filed three lesser charges against Officer Devin Brosnan, who was at the scene of the shooting.

The charges in Atlanta come after four police officers in Minneapolis were charged with second-degree murder or aiding and abetting second-degree murder after now-fired Officer Derek Chauvin knelt on the neck of George Floyd, a black man in handcuffs on the ground, for nearly nine minutes, killing Floyd.

Brooks and Floyd should both be alive today. Both were unarmed and did nothing to threaten police. Sadly, they were victims of overzealous law enforcement.

Hopefully, the charges filed against the officers who killed the two black men and the officers who stood by when the men were killed will send a loud and clear message to police officers across our country: You will be held accountable for your actions. Use as little force a necessary and don’t use deadly force unless your life or the life of someone else is threatened.

Because both the murders of Floyd and Brooks were captured on video, the officers involved could not lie their way out of the killings by claiming their black victims posed a serious threat to their lives. Before cellphone and security cameras were commonplace, officers who killed people could sometimes quite literally get away with murder by falsely claiming they were attacked.

It is abundantly clear to anyone watching the videos that in both cases officers could have employed de-escalation techniques and easily avoided their encounters with Brooks and Floyd having fatal endings.

Yet, here we are again debating the unjustified use of deadly force by law enforcement officers.

The swift decision to charge officers in the Brooks case is a welcome step as peaceful protesters continue to demand justice for both Brooks and Floyd, along with meaningful reforms to America's broken law enforcement system.

We should all hope that the charges against the officers in the two killings – coupled with proposed policing reforms at the state, local and federal levels – will be the deterrent necessary to stop police officers from acting like criminals in their use of force, especially deadly force.

Here is the truth: we need law enforcement to protect and serve all of us and maintain public safety. There are many fine men and women working as police officers. But in order for law enforcement officers to their jobs effectively, they need the trust, support, and respect of all segments of our society. Sadly, this social contract is broken, and we, as a nation, have been forced to deal with the breach.

Police officers should be held accountable for their actions, just like everyone else. Obviously, most officers do the best job they can and never kill anyone during their entire careers. And on some occasions – such as when a school shooter opens fire on students, or a terrorist launches an attack – police have no choice but to use deadly force.

Police officers should be held accountable for their actions, just like everyone else

But thanks to the charges in the tragic killings of George Floyd and Rayshard Brooks, the minority of officers who are too quick to use force will now have to think twice before they act, particularly before they fire a gun or take other lethal action. That’s a good step and indicates progress for everyone, not just black Americans.

For far too long in America, law enforcement officers has been allowed to turn to unnecessary violence with impunity. They have managed to live in a world where they can engage in harmful acts, disrupt thriving communities, and operate with bias without worrying about the consequence. Sadly, we the people have had to own the liability.

For decades, America – and disproportionately, black America – has had to bear the burden of bad policing. And the officers engaging in misconduct have been allowed to maintain their pensions, live freely with their families, and continue working in their jobs or a neighboring police department.

Just take the case of Eric Garner – a black man choked to death by a New York City police officer for allegedly selling loose cigarettes. For almost five years after Garner's death, Officer Daniel Pantaleo was allowed to work, play, and live in the community without accountability.

And the Eric Garner case isn't alone.  In every single one of the shooting of unarmed black people by police, the community is left dealing with the fallout for a misguided, mismanaged, and over-militarized police force.

We the community are tired of it bearing the burden of bad policing. The multiethnic coalition of folks marching peacefully in cities across America are exhausted from seeing incompetent police officers cause pain and suffering to our neighbors, friends, classmates and community members.

We want justice with longevity. We want an end to the racial hatred that would cause a police officer to draw his weapon and shoot an unarmed black man or woman.

The charges against police officers for the Brooks and Floyd murders are an important first step. But justice will not be served until the officers who killed these two black men – and the officers at the scene who failed to intervene – are convicted for their crimes.

Locking up bad cops will help not just the communities they serve but will also benefit the good cops who have been criticized for the actions of others. And convictions will make it clear that after hundreds of years of being demeaned, devalued and treated as less than full citizens, African-Americans will be a step closer to full equality and all Americans will recognize at long last that black lives matter.