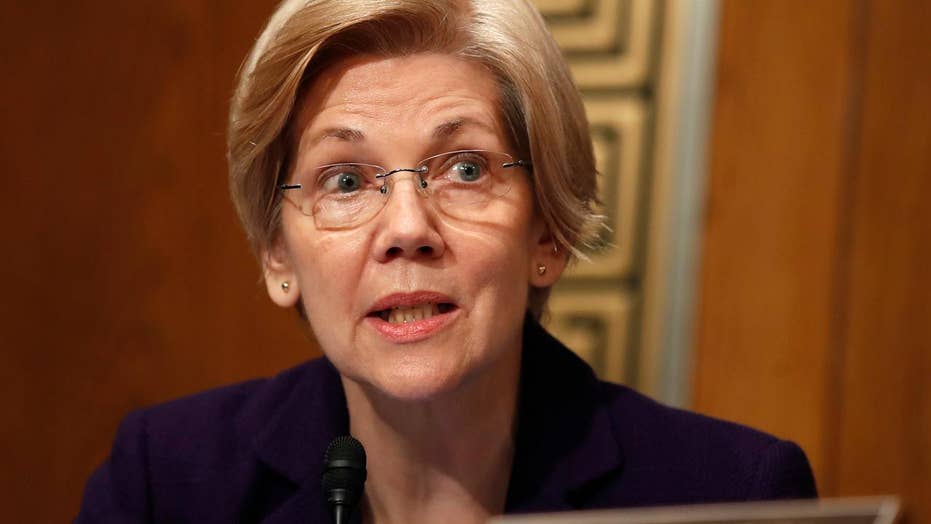 Warren gets cut off while criticizing AG nominee Sessions

Tense debate in Senate ahead of vote on attorney general nominee

The delay and denounce tactics of Democratic senators finally got to Senate Majority Leader Mitch McConnell. Tuesday night, he used a seldom-deployed  rule to end the speech Senator Elizabeth Warren (R-Mass.) was making against the confirmation of fellow Senator Jeff Sessions for attorney general. McConnell was upheld 50 to 43 in his view that Warren’s speech impugned the character of Sessions, but his move was politically awkward since it focused even more attention on Warren’s critique.

What Warren had done was quote from a pair of letters written by the late Coretta Scott King and the late Sen. Edward Kennedy (D-Mass.) opposing Sessions’ failed nomination to a federal judgeship in 1986. King’s letter accused Sessions of racial bias; Kennedy’s called him a “disgrace to the Justice Department.” Senator McConnell said such statements fell afoul of a 1902 Senate rule banning a senator for impugning the character of a fellow senator.

“McConnell got Warren to shut up; but he lost the war,” Democratic consultant Joe Trippi told me. “No one would have been talking about her late night criticism if he hadn’t made an issue of it.” Warren made the “gag rule” a cause celebrate on social media, and attracted some nine million impressions.

Adding to questions about the wisdom of McConnell’s move, former George W. Bush aide Brad Blakeman notes that both letters had been placed in the Congressional Record back in the 1980s making it difficult to say they were inappropriate merely because they now referred to a sitting senator.

Right now, Democrats believe they are keeping faith with their base by pursuing a strategy of scorched earth fights over every Trump nomination.  No other president has seen so few of his cabinet nominees appointed at the three-week mark of his first term.

A new POLITICO/Morning Consult poll shows that just 56 percent of Democrats believe their party’s members of Congress should block all legislation or nominees for government positions. Still, just 34 percent of Democratic voters want their party's elected officials to find ways to work with a President Trump.  “Democratic incumbents know they risk a left-wing primary challenge if they are seen as cooperating with President Trump” says Trippi.

That explains why a Democratic Senator like Jon Tester of Montana has announced he will oppose Jeff Sessions for Attorney General. “Trump may have carried Montana easily,” Trippi told me. “but he [Tester] has to worry about a primary race from his left wing first.”

The Warren-McConnell dustup illustrates just how the growing polarization in the senate is likely to continue. Democrats don’t have the power to stop many Trump initiatives or block his appointments, but they have to be SEEN as fighting them at every turn.  That is likely to lead to Republicans to take more steps to shut down debate in order to keep the Senate moving forward. That in turn will only increase the cycle of anger and polarization that is gripping Washington.