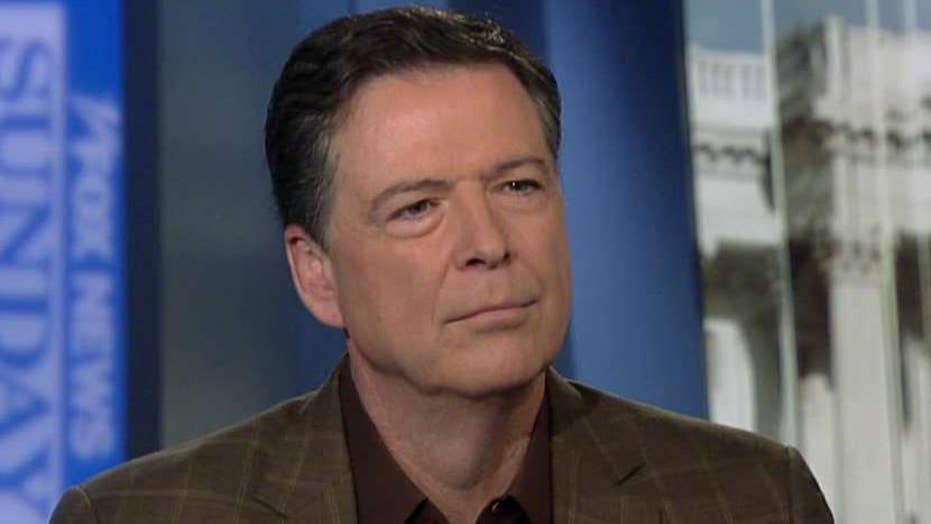 Former FBI director James Comey should be commended, not only for accepting Chris Wallace’s invitation to appear on “Fox News Sunday” for tough but fair questioning but also for acknowledging that serious abuses occurred in the surveillance the bureau conducted under FISA (the Foreign Intelligence Surveillance Act of 1978).

He insisted, for example, on portraying the discredited Steele dossier as if it were just one part of an evidentiary mosaic presented by the FBI to the FISA court – only grudgingly conceding the Justice Department inspector general’s finding that it was “central and essential” to persuading the court to issue warrants.

Nevertheless, Comey admitted that he had been wrong in asserting that the bureau’s FISA process had been rigorously followed and that the FISA court had been given all material information.

He conceded, moreover, that as FBI director, he bore responsibility for the bureau’s derelictions. To be sure, there is a troubling aspect to that part of the former director’s account. While taking ultimate responsibility, he declined to take direct responsibility.

Instead, he maintained that, as the head of an agency with 38,000 investigators and support personnel, it would simply be impossible for an FBI director to supervise an investigation “seven layers” down the chain of command.

This is unconvincing. The notion that the FBI’s top leadership would have only passing familiarity, rather than an active supervisory role, in such an investigation, defies common sense, the law, and what we know about the facts of the case.

At issue was the most significant FBI investigation in years – or, perhaps, ever. Let’s bear in mind, the bureau was in the FISA court, under oath, telling federal judges that members of the campaign of an American presidential candidate were likely in a cyberespionage conspiracy with Russia, a hostile foreign power, to subvert the 2016 election. How realistic is it that the FBI would or could put such a matter on autopilot, with low-ranking investigators making the judgment calls?

American surveillance standards do not permit FBI leaders to be passive bystanders. There are few things more controversial in American law than a warrant to monitor an American citizen in the absence of probable cause that a crime has occurred (FISA requires probable cause that a person may be acting as an agent of a foreign power).

Consequently, FISA mandates not only that an FBI investigator provide a probable cause showing under oath, but that the FBI director (among other officials) certify that the information sought is for foreign intelligence purposes and cannot reasonably be obtained by less intrusive investigative techniques.

Director Comey provided this certification twice – in the initial FISA warrant application in October 2016 (i.e., during the final weeks of the presidential campaign), and in the first renewal on January 12, 2017.

That renewal occurred just a week after Comey met in the Oval Office with President Obama, Vice President Biden, National Security Adviser Susan Rice, and Deputy Attorney General Sally Yates to discuss – according to a memo authored by Rice – aspects of the ongoing Russia investigation that they decided should not be shared with the incoming Trump administration.

The day after that meeting, Comey joined other intelligence chiefs in briefing then-President-elect Trump on Russia’s interference in the 2016 election and part of the Steele dossier.

Moreover, we now know, based on Inspector General Horowitz’s report on Comey’s handling of his memos of conversations with Trump, that Comey and the FBI treated the director’s January 6 briefing of Trump as an investigative opportunity – such that arrangements were made to enable Comey to write an investigative report about his interaction with Trump as his car sped away from Trump Tower, after the completion of which the director briefed the investigative team.

It is inconceivable that an investigator of Comey’s experience and sophistication would contribute a critical report to an investigation – as, in effect, one of the case agents – without being clued into the facts and purposes of the probe.

The Trump-Russia investigation was overseen in a very hands-on way by Comey’s deputy, Andrew McCabe, who had frequent meetings with the director. The texts make reference to meetings with the director. They also outline a contentious dispute between the FBI and a Justice Department lawyer about whether the original warrant application – on which Comey eventually signed off – was legally sufficient.

The warrant application addresses a letter Carter Page wrote to Comey to protest being placed under investigation (as a press report indicated he had been). And in congressional testimony, Comey has recounted discussions with his advisory team about the investigation and the dubious decision to tell President Trump he was not a subject of it.

Interestingly, the same advisory team was deeply involved in the Hillary Clinton email investigation, with which the Russia probe overlapped.

In the case of the emails, Director Comey was so informed about the evidence and decision-making, he gave a remarkably comprehensive press conference about what the investigation yielded, how the Secretary of State had been “extremely careless” in handling classified information, and why the espionage act nevertheless did not support prosecution – at least in his view, which he said was informed by careful study of all relevant Justice Department precedents.