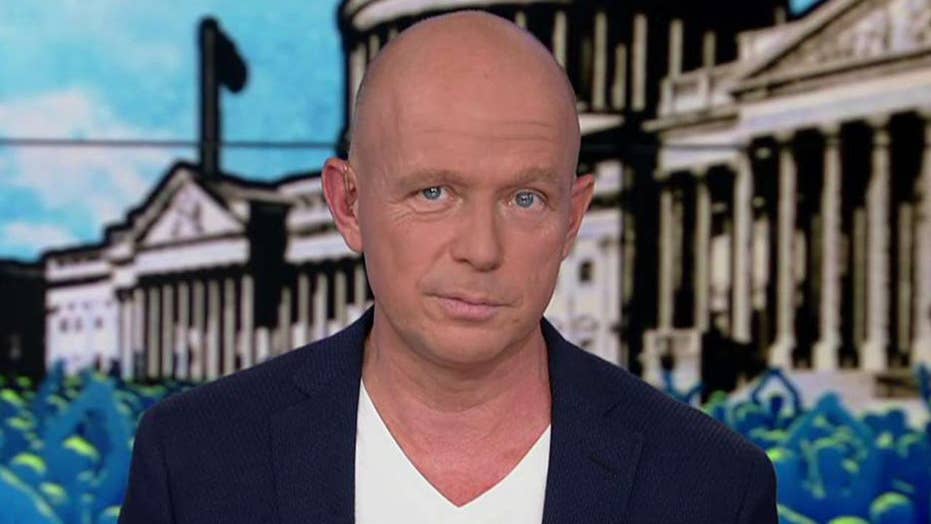 In a week that the Trump-hating establishment and ruling class state TV endlessly, breathlessly described as "historic," we bring you the truth about the Democrats' hate-driven partisan impeachment. It's not so much historic as pathetic.

I've got to tell you, my favorite moment of the whole ridiculous week was when California Republican Tom McClintock perfectly captured the mood of an exhausted, exasperated nation towards the end of 14 hours of pompous, sanctimonious, achingly tedious grandstanding by Democrats.

Rep. Tom McClintock, R-Calif.: In the last three hours, the same talking points have been repeated over and over again, ad nauseum, by both sides. So if I could just offer a modest suggestion -- if no one has anything new to add that they resist the temptation to inflict what we've already heard over and over again.

"If you haven't got anything new to say, don't say anything." I think he spoke for all of us there. And he's absolutely right.

We heard nothing new from the Democrats last week. It was the same old debunked conspiracy theories.

Rep. Jerry Nadler, D-N.Y., House Judiciary Committee chairman: President Trump asked for a favor. He wanted Ukraine to announce two bogus investigations: One into former Vice President Biden, his leading opponent in the 2020 election and another to advance a conspiracy theory that Ukraine, not Russia, attacked our elections in 2016.

No, they just keep making it up. No one's saying Ukraine and not Russia interfered in 2016. The question is did Ukraine meddle as well as Russia? Just the contact between the Ukrainian government and DNC operative Alexandra Chalupa, never mind other evidence, suggests that, at the very least, it's worth investigating.

Don't you love how the Democrats are obsessed about "getting to the bottom" of election meddling except when it's done on their behalf?

The IG report literally just confirmed that Hillary Clinton didn't just invite foreign meddling in the 2016 elections; she paid for it. Then her team pushed Russian lies to the FBI. And stand by for the Democrats to totally blow off the anti-Trump meddling by China in 2020 -- there is no doubt that's in the works right now.

As for the Biden thing, the Democrats talk as if the only possible description of Joe Biden is "Donald Trump's political rival." How about this description: Former vice president who controlled U.S.- Ukraine policy while billions of taxpayer dollars went to the Ukraine energy industry, which was paying his son at the time? Yeah, I think most Americans would agree that's worth investigating.

The country is turning against the Democrats and they know it. That's why they just want to get impeachment over with quickly. Well, I say not so fast. Make them pay for what they've done to this president and this country. Make it hurt by making it last.

But according to nincompoop Nadler: "The evidence proves that these requests were not related to any real interest in rooting out corruption. President Trump eagerly does business with corrupt governments every day."

And then he comes out with stuff like this.

Nadler: There can be no serious debate about what President Trump did.

Have you noticed that they keep talking like this? "It's uncontested. There can be no serious debate." Of course, there's a debate. What do you think we've all been doing the last three months, Nadler, you absolute tool!

Even the Democrats' own witnesses couldn't agree about the president's phone call. Republicans totally disagree with the Democrats' interpretation of it.

Who writes this stuff for Nadler and Pelosi and Schiff and all the rest of them? Do they even realize how arrogant it makes them sound?

No serious debate. It's like ... you know what? That's it. I'm just going to stop because it's not worth it. It's not actually worth dignifying this vapid pap with actual analysis. Psychoanalysis, maybe. But engaging with the Democrats' arguments -- they have no argument. They have nothing, literally nothing.

The country is turning against them, and they know it. That's why they just want to get it over with quickly. Well, I say not so fast.

Make them pay for what they've done to this president and this country. Make it hurt by making it last. So once this gets to the Senate, let's get their dirty secrets out there. Call Joe Biden, call Hunter Biden, call the whistleblower. And while we're at it, call ex-Secretary of State John Kerry and the Democratic senators who are up to their necks in the Ukraine cash-for-gas corruption scandal, too. Ed Markey, Jeanne Shaheen, Richard Blumenthal -- call them all. "Get to the bottom of it," as the Democrats constantly say.

For the last three years in England, the establishment tried to overturn the 2016 Brexit vote. And last week the people told them to get lost. They meant it the first time and they voted for it a second time.

Here in America, it'll be the same, but even more so because while in England, nothing got done during the establishment's attempted counter-revolution, in this country, unbelievably, while all this has been going on -- the obstruction, the resistance, the impeachment, Russia, Ukraine, whatever -- through it all, President Trump has managed to deliver not just his promises, but a record which on policy substance surely adds up to one of the most successful presidencies in history. 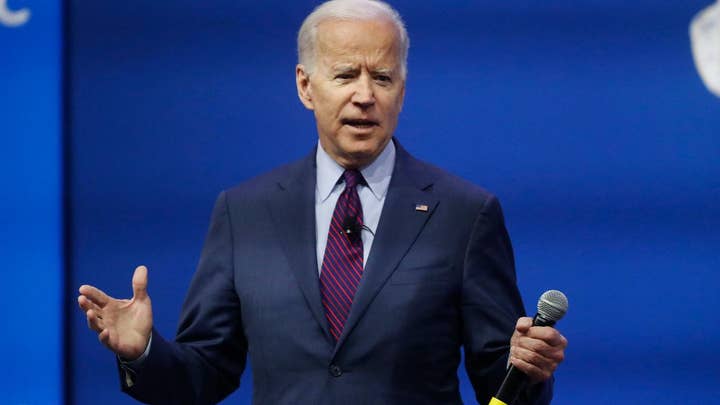 But above all, they hate the fact that this president is delivering concrete and substantial policy results for the working Americans who put him in the White House. And they're terrified that they can't beat him in a fair fight next year.

Adapted from Steve Hilton's monologue from "The Next Revolution" on Dec. 15, 2019.