It was 9:20 a.m. on a Monday morning and I was about to appear on “Fox & Friends” for an interview with Steve Doocy.

The interview happened after FoxNews.com published a piece of mine called “What happened when my daughter saw me kiss my wife” and it went viral. Two days later, I was sitting in front of a camera listening to Steve prep me for the interview.

JOSHUA ROGERS: I THOUGHT I WANTED TO MARRY HER, THEN SHE DID SOMETHING MY MOM HAD NEVER DONE

When the conversation began, Steve and I talked about the op-ed; but eventually, I shared how my wife, Raquel, and I had struggled for control during our marriage. I talked about the ways we had grown and then offered advice to the audience, encouraging them to take little steps to improve their marriages.

After the interview ended, the Fox News staff wished me goodbye and I walked out the door feeling grateful — not only because I’d had the opportunity to be on the show — but because I had gotten a chance to draw attention to the love of my life in front of national audience. Even so, my heart was heavy, and the further I got from the studio, the less upbeat I felt.

I was drowning in a sea of pain and grief. My dad was dying, I was wrestling with a chronic illness, and my kids were heartbroken that I was working late hours and seeing them less and less.

I felt so lonely and weighed down by the feeling that nobody could understand what I was going through — that is, nobody but Raquel. She had been standing by my side for months, constantly reminding me that God was at work in all of the pain. 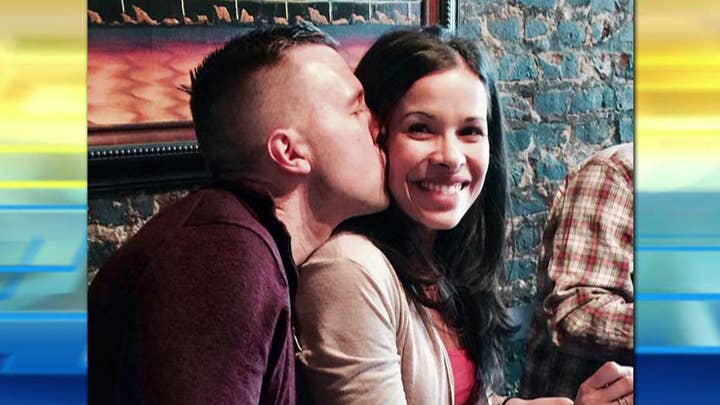 In my book, “Confessions of a Happily Married Man,” I describe what was going on in my heart at the time:

It was rather surreal. There I was, suspending my depression for five minutes to talk about how Raquel and I had released control so that we could grow as a couple. Five miles away, Raquel was watching, knowing just how much control I had released by dropping my guard completely with her. Behind the smile and the makeup, she knew me — the real me.

I’ve wondered all of my life what it would be like to be in the presence of Jesus, and during those months of grief and depression, Raquel offered a glimpse of Him. I looked in her eyes and saw His faithfulness and compassion. I heard the echoes of His voice every time she said, “Don’t give up. The Lord is with you in this, Joshua.”

When couples stand at the altar and take their vows, the euphoria of the moment numbs them to the magnitude of their promises. Then real life happens. It calls us to make good on our promise to love “for better or worse,” to let go of what we hoped marriage would be — to know and be known for who we are, including the burdens we bring into our homes.

Perhaps you feel as though your spouse doesn’t understand your inner world. But what if your spouse is the one who feels unknown and isolated? You can set the example and demonstrate what it means to show love in the midst of the heaviness of day-to-day life. It would take so little.

Maybe you could give a heartfelt compliment, offer physical affection when you don’t feel like it, buy an unexpected gift or just ask, “How are you really doing?” There’s infinite value to that kind of affection and it’s because you’re the one who’s offering it.

Nobody knows your spouse like you do and that’s why your unconditional love means so much. It says, “I know you—all of you. And no matter how heavy your burdens may be, I’ll walk with you and help you carry them. Until death parts us, you’re never going to be alone.”