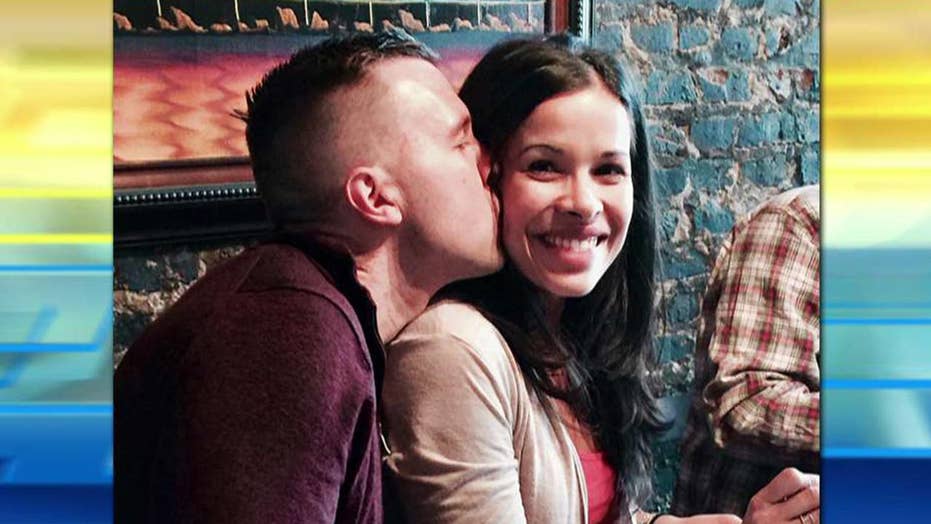 Dad shares touching story on importance of kissing his wife

Attorney and writer Joshua Rogers shares his message of love, faith and family on 'Fox & Friends.'

The day my oldest daughter was born, I held her in my arms in the hospital and made two promises: "First, I promise I will never leave your mother; and second, I'll show up. I'll do everything I can to be at your recitals and ball games and dinner around the table."

My baby laid there in my arms blinking, breathing, oblivious to the magnitude of the words I was saying.

My promises seemed so valiant when I made them at the hospital. But when I got home, I realized my daughter was going to need my wife and me to do a lot more than just stay married and love each other. She needed to see a regular demonstration of our love. That was not our strong suit.

While we loved each other deeply, we were in a constant battle for control and both of us were losing as we bickered and bickered. Having a baby in the house made us more self-conscious about what we sounded like – especially to the ears of a little one. We made an unspoken agreement to change.

I'd like to say we immediately abandoned our old habits and learned how to disagree without being disagreeable. That, however, would not be true. We still struggled, but at least we were finally making an effort to resist our dysfunctional patterns of behavior.

Over the years we made a lot of progress, which was largely due to confessing our struggles with Christian friends and praying things like "Father, please show me how I need to change."

God responded, showing us unflattering things about our character that we didn't want to see. It was humbling and made us less likely to assume we were always right when there was a conflict. It also had an unexpected benefit: We became more affectionate to each other.

One day, we were all listening to a playlist of Disney songs when the sentimental love song "I See The Light" from “Tangled” came on. I walked over to my wife, who was in the kitchen, took her in my arms, and started dancing with her slowly. I could tell it caught her off-guard and embarrassed her a little – it came out of nowhere. Thank goodness she stayed in my arms and danced with me anyway.

As the song approached the final chorus, I looked in my peripheral vision and suddenly realized we weren't alone. Our daughters, who were five and seven, were standing there watching us in silence.

The song approached the end, and as the strings played the last notes, I decided to give the girls a Hollywood ending. I took my wife's face in my hands and kissed her. After I pulled away, I looked over and saw my oldest daughter's face lit up with adoration, and her eyes filled with tears. Then she came over, buried her face in my wife's legs, and cried.

"Why are you crying?" my wife asked.

"Can you at least give me one word to describe how you're feeling?" I asked.

My daughter paused, looked up at us and said, "Loved."

That one word – "loved"— took my breath away. Like so many others, I work hard to be a good parent and spouse, but I typically see those roles as having separate tasks and separate functions. My daughter helped me see that there's far more overlap for children than we realize.

Parents are the first two people who get the opportunity to teach children what love looks like, and our kids are counting on us to prove that love is real.

Children want to see their imperfect, dysfunctional parents dance in the kitchen, say "I love you" when they get off the phone, pray together, kiss as they say goodbye and speak highly of each other. Those moments of affection provide assurance to our kids – the world isn't all bad. Things are going to be OK at home.

Demonstrating marital love to our children is a privilege, a unique opportunity to be both a good parent and a good spouse. To love each other well is to love our children well.