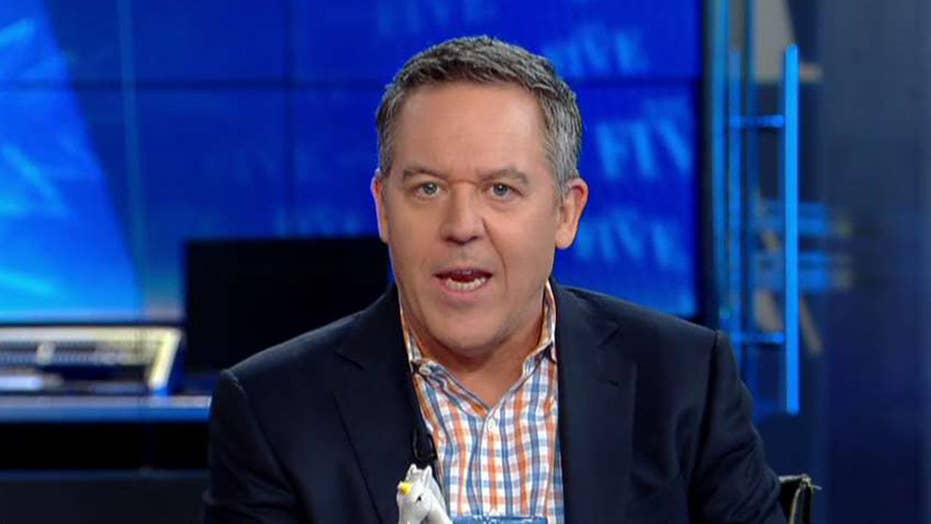 Gutfeld on Trump's tweets about Baltimore

The media think any attack on a politician of color is racist.

Once again, the media is calling President Trump racist, this time for exposing the obvious: Baltimore's Democratic machine has failed the city.

After decades of doing what big-city Democrats do so well — running their cities into the ground — Baltimore is crime-ridden, drug-ridden and rodent-ridden.

But now the media really cares about Baltimore, because Trump tweeted!

Meanwhile, what else is our racist president up to?

It’s the liberal machine inflicting the suffering. No wonder they want Trump to shut up about it.

Wow, Trump sucks as a bigot.

But the press deems any criticism of a "politician of color" racist.

Of course, what’s really racist is that kind of pandering.

As always, Trump hits everyone — 600 targets on Twitter alone. Still, the media claims he targets only minorities.

I guess that makes the BBC racist too! "If you wanted to know what poverty in America looks like, well, this is it," the network said in one broadcast featuring Baltimore. "Incredibly, this entire block here is pretty much made up of dilapidated, abandoned houses. Incredibly, some people still are living in between this, though."

Ugh, racism with an accent.

"What the hell? We should just take all this [stuff] down," then-Baltimore Mayor Catherine Pugh said during a 2018 tour of the city. "You can smell the rats ... you can smell the dead animals."

Then there was also the New York Times claiming Baltimore’s hell is one "few American cities have seen in years."

What do they have in common?

No wonder they want Trump to shut up about it.