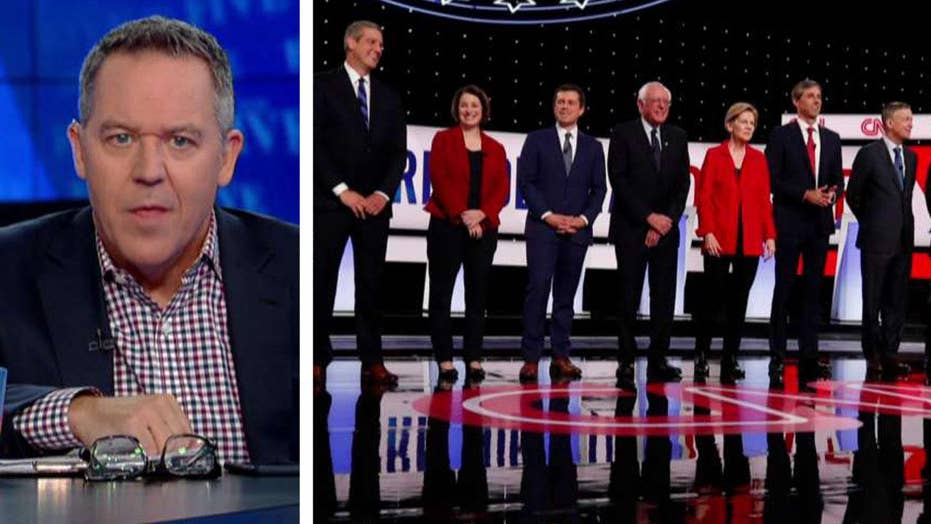 Well, that was a weird little affair in Detroit.

It was less of a debate among Democratic presidential candidates and more an awkward family squabble in front of all the neighbors.

"I think if you're going to force Americans to make these radical changes, they're not going to go along. Throw your hands up," former Colorado Gov. John Hickenlooper said. Sen Bernie Sanders, I-Vt., obliged him.

Let's bring the group counseling inside. It's making the kids and dogs uncomfortable.

Thank God there was a therapist on hand to make things better. Or worse.

"What do you say to those Trump voters who prioritize the economy over the president's bigotry?" moderator Don Lemon asked.

There's no bias there! No wonder CNN’s bleeding viewers.

Next time, leave the hard news to Jake Tapper and Dana Bash.

"If you think any of this wonkiness is going to deal with this dark, psychic force of the collectivized hatred that this president is bringing up in this country, then I'm afraid the Democrats are going to see some very dark days," Marianne Williamson said.

Love her or hate her, she's got two things in common with Trump.

She's no politician, and she's got a point of view.

Just don't ask her about her pet.

"Do you have a pet?" a child asked Williamson. "My cat died," she responded.

That ain't no politician’s answer.

But she wasn't the only one with Trump on the brain.

It’s weird how 10 people talking trash about you makes you seem so much bigger.

Yep, Trump loomed over the debate like the devil in "The Exorcist," reducing the party to a bunch of possessed children helplessly shaking in their beds.

No comfort came from that room, but also, no candidate either.