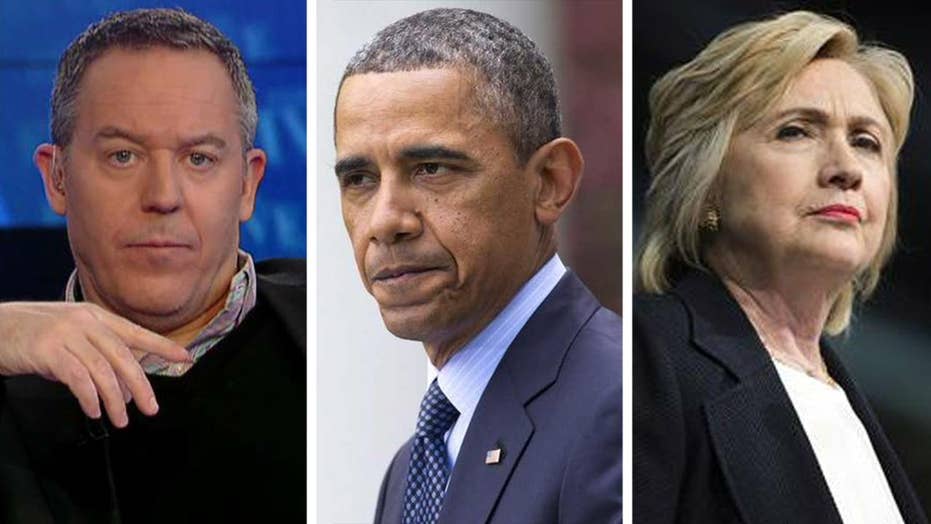 Gutfeld on the Democrats' shifting stance on immigration

Democrats silent as caravan of over 7,000 migrants makes its way toward the U.S.

What happens when Democrats are in charge? Sometimes they grow up.

Chuck Schumer, 2009: "Illegal aliens should not be treated the same as people who enter the U.S. legally."

Hillary Clinton, 2015: "I voted numerous times when I was a senator to spend money to build a barrier to prevent illegal immigrants from coming in."

Wow -- who are these bigots and why are they so mean to illegal immigrants?

Actually, they were just being adults because they were in charge. Once.

Now, no longer in power, they depend on the Republicans to play grown up, and they can be the kids -- as thousands of migrants come our way. Fact is: Democrats need Republicans to be the bad guys, i,e the adults -- so the Democrats can hold dumb stances they don't even like.

We've been watching the Democrats offer emotionally lopsided views of the caravan, then they smear you and me for bringing up any consequences. But imagine if there were no border constraints to stop the caravan. Imagine if we just hummed John Lennon songs as we waved everyone thru. Of course you'd only launch a dozen new caravans, each filled with knowns and unknowns. Oh wait -- that's already happening. That's a consequence.

So, why aren't the Democrats worried?

Because they know the Republicans and the U.S. Border Patrol will end up being the bad guys and bail them out.

It's perfect for Democrats. Because really, It's all about looking good by feeling really bad about telling the migrants they cant stay.

It's all theater. And in this theater, the evil characters are anyone who thinks critically. And the hero? The progressive who pushes emotion without consequence. And he wins because he can fake empathy, still have a border, and an orange villain to blame it on.

It's great being a kid. You can demand the dumbest things and secretly hope your parents aren't listening.