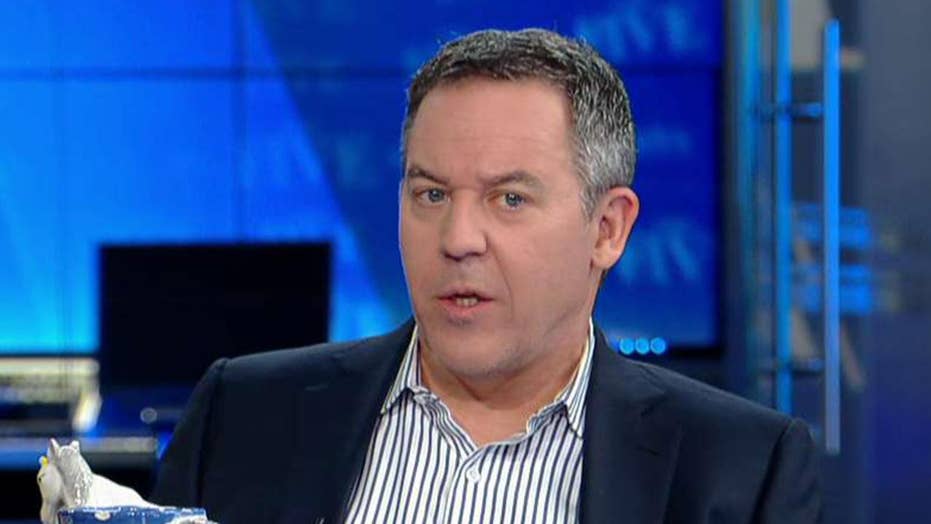 Gutfeld on Day 2 of the hearing circus

We're now into the fourth year of the Democrats' election tantrum. That would be old enough for kindergarten, but maturity matters more than years. So they'll never get in. And they've learned from the best: the media.

Don’t expect a rational analysis from many in the media. But going to “The View” for political insight is like going to the zoo for an oil change – or Hillary Clinton for legal expertise.

Imagine, getting legal advice from Hillary. That’s like getting driving tips from Beto O’Rourke. Or facts from showboating politicians you see in the media.

It’s like they all took the same drug. Now, unless you can claim them as dependents, you don't need these people. Why? They lie to your face. They tell you what’s in the report by Special Counsel Robert Mueller isn't really there. But it is.

And in case you forgot – and the media's hoping you did – the Mueller report is public. Sorry guys, it’s all in there. If there were any crimes, we'd know.

Attorney General William Barr said: “The evidence is now that the president was falsely accused of colluding with the Russians … and we concluded the evidence developed during the special counsel's investigation was not sufficient to establish that the president committed an obstruction of justice offense.”

So one wonders – what kind of bozos relitigate what’s over and done with? The folks on CNN and MSNBC.

So the Democratic media complex held a hearing to complain about getting dumped at the prom.

In retaliation, they wasted your time, your money, to throw a public tantrum, fully embraced by a bedwetting media that hates you. And hates themselves. After all, who else would choose to relive their failure every day but a group of self-loathing saps?

They relive Nov. 8, 2016 every day, just to make a buck. It’s not “Groundhog Day,” because that's a funny movie.  It’s “Titanic.” And they're the boat. Guess who that orange iceberg was?