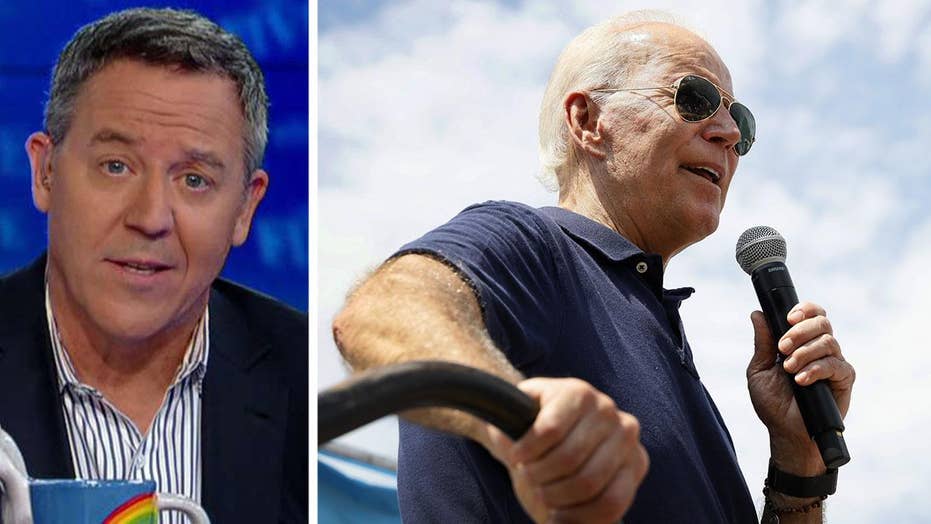 Gutfeld on Joe Biden's new ad and his wife's endorsement

Former Vice President Joe Biden has released his first ad, and his wife is trying to help.

"Your candidate might be better on, I don't know, health care, than Joe is, but you've got to look at who's going to win this election ... your bottom line has to be that we have to beat Trump," Biden's wife, Jill, told voters at a campaign event.

Talk about a ringing endorsement!

GUTFELD ON TWEETING WHILE WASTED

Please vote for my husband. He's really not that bad!

But I get it. It's hard to nail President Trump when everybody's got a job, the economy is humming along and peace is breaking out all over.

The psychological. And the hypothetical.

First, the psychological from Joe’s ad. "Most of all, he'll restore the soul of the nation, battered by an erratic, vicious, bullying president," the ad's narrator says.

Because things are going well, this attack is now about an emotional feeling. It’s funny. Could you imagine any other country saying "please get rid of our leader because he's a big meanie?" Or a coach saying, "Joe’s taken us to the championship, but he's a big jerk, so cut him."

If this were a good idea, every brilliant M.D. would be out of work.

Democrats cannot separate Trump's personality from how well he runs the country. They conflate words with deeds, the real world with the Trump show. It saves them from having to come up with anything better, which they lack.

Then there's the hypothetical.

It’s been all hypotheticals for three years. At any moment, unstable Trump could lead us somewhere bad, even though he’s actually been leading us to something good.

As you scan their choices for president, you gotta feel bad for Democrats. They're playing pin-the-tail on the donkey in a room full of asses.