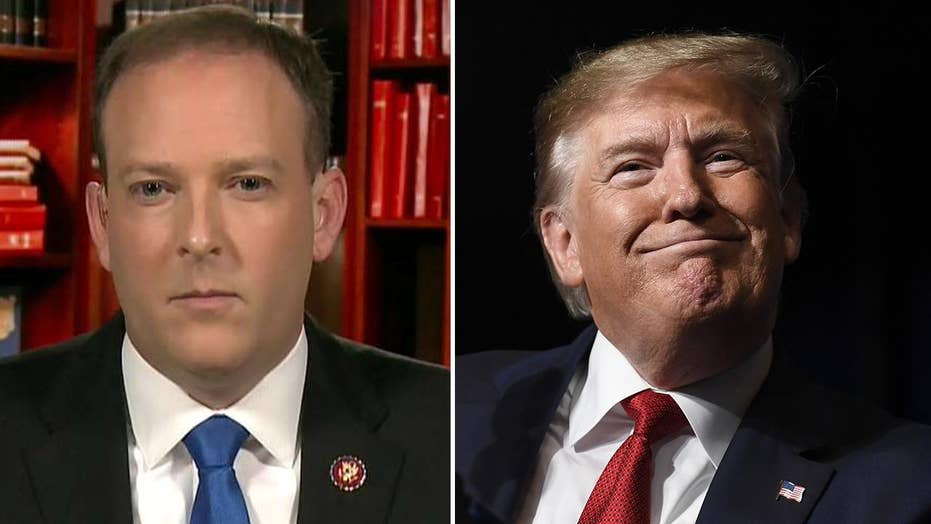 It should come as no shock that Democratic Reps. Ilhan Omar of Minnesota and Rashida Tlaib of Michigan are unwelcome in Israel, a nation they are taking great pains to tear down. Their latest PR stunt is an attempt to victimize themselves, whitewash history and spin reality – providing even further proof of their worst of intentions.

Israel is our greatest ally in the Middle East – a beacon of freedom, liberty, hope and opportunity. It is the U.S. government’s policy, as well as the priority of the American public, to strengthen that relationship, not rip it apart.

Meanwhile, Tlaib and Omar are the leading proponents in the United States for the anti-Israel and anti-Semitic Boycott, Divestment and Sanctions (BDS) movement that seeks to delegitimize and weaken Israel. Tlaib has even gone so far as to endorse a one-state solution that would remove Jews from power in Israel.

Not only have these two individuals been silent regarding the terrorism targeting Israel; they purposefully and dangerously have attempted to rewrite history and spread mistruths about Israel and the existential threats it faces.

The two congresswomen attack Israel while remaining silent on Hamas using women and children as human shields, denying humanitarian aid to its own people, calling jihad an obligation, and launching rockets into Israel that kill innocent civilians.

I'm not aware of Tlaib and Omar ever criticizing these facts, including the Palestinian Authority's "pay to slay" policy of financially rewarding terrorists who murder innocent Israelis, or Hezbollah stockpiling 150,000 rockets on the border with Lebanon and building terror tunnels into Israel.

Meanwhile, Omar has tweeted “Israel has hypnotized the world, may Allah awaken the people and help them see the evil doings of Israel.” She has stated that if you support Israel it means you have pledged allegiance to a foreign power and have been bought off by Jews.

Tlaib has said that thinking about the Holocaust gives her a calming feeling, because of the safe-haven the Palestinians provided to the Jews – something that is factually inaccurate.

In recent weeks, Tlaib also gave a speech on the floor of the House of Representatives comparing boycotting Israel to boycotting Nazi Germany.

Israel has a law banning BDS activists who seek to harm the country from gaining entry. The founder of the BDS movement is blatantly anti-Semitic. All around the world, including on college campuses here in the United States, Jews are being targeted with blatant anti-Semitism in the name of BDS.

The two congresswomen attack Israel while remaining silent on Hamas using women and children as human shields, denying humanitarian aid to its own people, calling jihad an obligation, and launching rockets into Israel that kill innocent civilians.

The BDS movement goes way beyond any legitimate, reasonable criticism of a government. Additionally, the movement has not distanced itself from Hamas, a designated terrorist organization. The movement’s leaders have not distanced themselves from Hamas either.

When Tlaib and Omar first announced their intentions to travel to Israel, the Israeli government was originally going to allow the visit, out of respect and with the hopes that it would be used to strengthen the United States, Israel and the historic bond between our great nations. But the Israeli government eventually determined that obviously wasn't the case.

Israel nonetheless consistently offered Tlaib the opportunity to travel to Israel to visit her grandmother under a humanitarian visa if requested. Tlaib made that request, Israel complied and then Tlaib immediately turned against Israel yet again and said that she would not go. It was clearly a bad-faith PR stunt.

The Tlaib and Omar itinerary didn’t even recognize Israel and instead referred to it as "Palestine." I'd travel to Israel with them myself if they demonstrated a genuine desire to actually listen, learn and evolve from that trip.

When I made my first trip to Israel as a member of Congress, not only did I meet with the Israeli president and prime minister, but I also traveled to Ramallah to meet with the prime minister of the Palestinian Authority. That's what being a member of Congress is about. I could have just as easily passed on traveling to Palestinian Authority headquarters, but I did not.

Unfortunately, it is abundantly obvious that Tlaib and Omar are all about weakening Israel and the bond between our two nations, not strengthening it. This was evident by their latest press conference, which only showcased their refusal to be neutral arbiters or honest brokers.

It just so happens that Israel has a long history of LGBT protections. In addition, women's rights are enshrined in Israeli law. There are broad freedoms in Israel. In fact, Israel’s Declaration of Independence grants all Israel’s inhabitants equality of social and political rights irrespective of religion, race or gender.

It is hypocritical that Tlaib and Omar go around criticizing Israel while failing to confront the blatant disregard for basic human rights by the Palestinians. With its action, the Palestinian Authority exposed its extremist views. Yet Omar and Tlaib continue to turn a blind eye in an effort to peddle their agenda to tear down Israel, victimize themselves, and step on the true victims of this conflict as they claw to forward their own political careers.