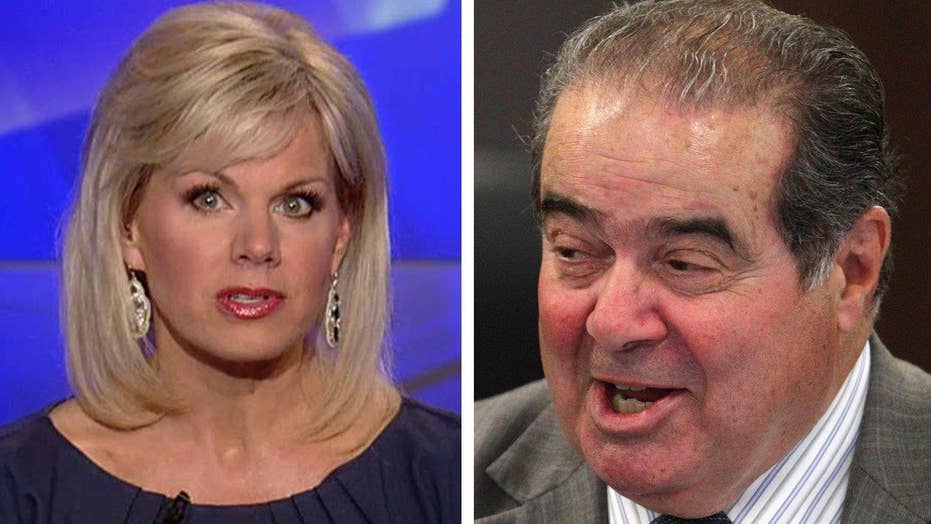 Gretchen's Take: What Scalia may have wanted in a successor

Don't think for a minute if there was a Republican lame duck president in office right now with a democratically controlled Senate we wouldn't be hearing the same thing from the left that we're now hearing from the right -- how dare a President in his last year pick a justice he wants. Fox News alert -- every president tries to pick candidates with whom they are ideologically aligned. What I find far more interesting is how sometimes those picks end up not being what thought they would. Case in point, Chief Justice John Roberts. Then Senator Barack Obama voted against Roberts -- and yet in an ironic twist -- Roberts not once but twice saved Obama’s signature domestic policy -- Obamacare. It’s also interesting to note what Justice Scalia may have wanted in a successor. In a largely overlooked part of his dissent from the Supreme Court's decision in June saying yes to same sex marriage, he talked about the make-up of the high court saying, "The Court consists of only nine men and women, all of them successful lawyers who studied at Harvard and Yale Law School." "Four of the nine are natives of New York City. Not a single South westerner".

Maybe Scalia was saying in making such important decisions, Supreme Court Justices should be just a little bit more like the rest of us.