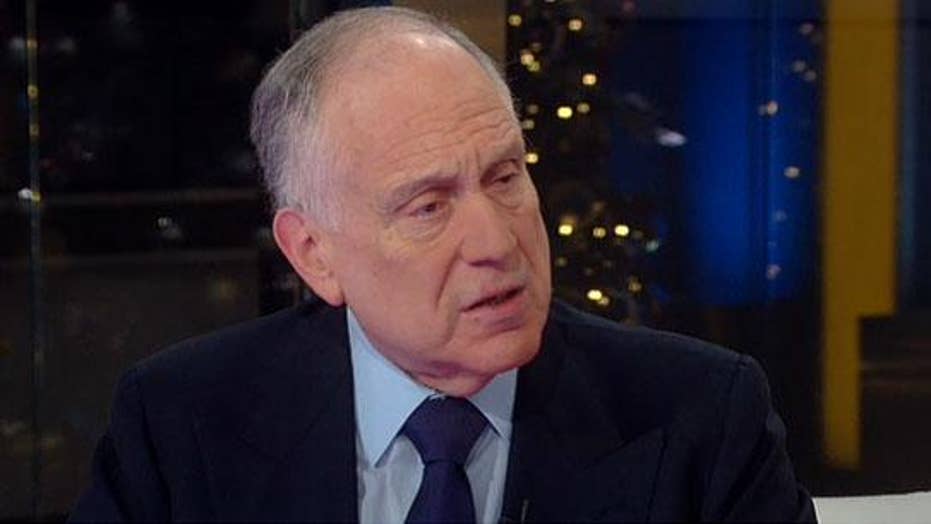 In frightening and uncertain times – like those we are facing now with the coronavirus – some people all too often and dangerously look for and unjustly blame scapegoats.

There is an open effort on the part of some fear mongers – some little more than troublemakers but many in positions of leadership or influence – to dub COVID-19 something other than what it is: A disease caused by a virus that knows no political or social boundaries.

Holding Asian-Americans responsible for the coronavirus merely because it originated in China is deeply offensive and a genuine threat to them. Such scapegoating is terrifyingly familiar to my community, the Jewish people. And we are also being targeted now.

In the 21st century, anti-Semitism wears chinos and carries Tiki torches, but like any social ill, it has always been adaptable, attaching itself to whatever its proponents found most threatening.

When the bubonic plague swept through 14th century Europe, Jews were held responsible, as rumors spread that our forefathers had poisoned community wells. Political and religious leaders declared the plague a punishment for having allowed Jews to live in Christians’ midst.

Despite the utter madness of all of this, untold thousands of innocent men, women and children were viciously slaughtered, and entire Jewish communities were wiped out as if they’d never existed. Needless to say, all that Jewish blood did nothing to stop the plague.

Following the end of World War I, Adolf Hitler and other extreme German nationalists blamed German Jews, who had fought valiantly in the Kaiser’s army, for their country’s defeat. Hitler went on to blame Jews for all the ills that beset German society – with catastrophic results culminating in the Holocaust that saw the mass murder of 6 million Jews.

We have seen those old tropes employed again, whether in the darkest corners of the Internet or on Twitter feeds.

It’s all frighteningly familiar. In the United States and around the world, ominous references to Jewish philanthropist George Soros, grotesque caricatures of hook-nosed Jews, and messages and images implying that Jews are exploiting positions of power in politics, finance and health care to spread the virus have emerged. Malicious, ugly jokes are being made about ridding the world of its Jewish problem by letting us die.

The truth is, Orthodox rabbis have closed synagogues, schools and ritual baths and encouraged congregants to stay home. Israel’s Chief Rabbi Yitzhak Yosef has urged Jews to cease coming together to pray at the holy site of the Western Wall in Jerusalem.

Blaming Jews for the coronavirus has become a guiding force for anti-Semites worldwide. The extreme right-wing and notoriously anti-Semitic Greek newspaper Eleftheri Ora wrote: “The coronavirus pandemic and the disastrous path of contemporary public life at the level of religion and politics is an intensive work of the anti-Christ Zionist powers.”

The Jerusalem Post reported that Fatih Erkaban, the head of the Refah Party in Turkey and the son of a former prime minister, reportedly said March 6: “Though we do not have certain evidence, this virus serves Zionism’s goals of decreasing the number of people and preventing it from increasing." He then added ominously: “Zionism is a 5,000-year-old bacteria that has caused the suffering of people.”

And the Algerian news outlet Al-Masdar published a conspiracy theory under the headline: “A Zionist organization is behind the coronavirus and the Zionist entity [Israel] claims to have found the vaccine.”

Those people using ethnic modifiers to ascribe COVID-19 to Asians of any country are engaging in the same hateful rhetoric.

Whether in a meme or in real life, the effect is to demonize and dehumanize anyone who “looks” Chinese. Asian-Americans of all backgrounds have reported deeply troubling encounters with Americans of other backgrounds. Those in a position of influence need to stand up and say: "No more."

As unequivocally as I stand against this latest evolution of hate directed against my people, it is vital that the Jewish people and all Americans take an unyielding stand against any and all efforts to vilify any individual, community, people or nation for the crisis unfolding around us.

This is a moment for coming together in a globally shared experience as we recognize what we have in common, not for driving wedges or parroting falsehoods that only add to the anxiety in our midst.

One thing that has become excruciatingly clear over the last several weeks is that we are all, very literally, in this together. COVID-19 doesn’t differentiate between rich or poor, urban or rural, Asian, European, African or American. Creating and driving divisions between people of different backgrounds threatens not just the individuals who are targeted, but American society and free societies all around the world.

Simply put: We will need each other on the other side of this. If we’ve spent these dark days demonizing and blaming each other, it will be much harder to heal not just from the disease itself, but also from the as yet untold social and economic repercussions.

And it will not be enough to simply refrain from using hate-filled language. We must also speak out against it to refuse it any quarter. Anyone using such phrases must be called to account, and individuals repeating what they’ve heard from influential figures must be corrected. There is no time to waste as the virus spreads and as we work to protect ourselves, our families and our communities.

This is not the first time in American history that members of the Asian American community has had to grapple with dangerous bigotry on behalf of their fellow citizens. Any who doubt the impact of incendiary language need only reflect on the internment camps into which so many Japanese-Americans were forced in the course of World War II.

The scars left by these internment camps are still carried by entire families today. This, too, is a thing with which the Jewish people have far too much experience. We dare not repeat the sins of the past.

We have no way of knowing what COVID-19 will yet take from us, but we can decide right now that we will not allow it to rob us of our civility, our pride in our nation’s diversity, and our ability to build a more perfect union across the many communities that call America home.

Ronald S. Lauder is president of the World Jewish Congress.