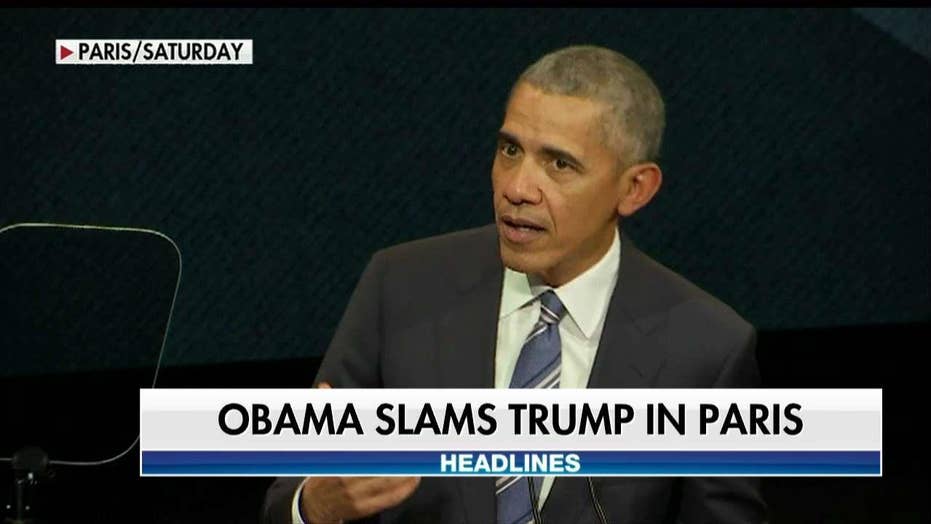 The Democratic Party I see today is very different from the one I knew and worked for in my younger years. Instead of seeking support from the center of the political spectrum it has moved ever leftward, embracing positions that leave millions of Americans feeling left out.

The centrist policies that made Bill Clinton a two-term president are far different from the radical leftist policies of Sen. Bernie Sanders of Vermont, who calls himself a Democratic Socialist rather than a Democrat. Even President Clinton’s wife, Hillary, embraced positions considerably to the left of her husband when she defeated Sanders for the Democratic presidential nomination last year and went on to lose the election to Donald Trump.

I was active part of the Democratic Party apparatus during the first decade of this century and though much of President Obama’s time in office. I worked at the Democratic National Committee’s Political Department in Washington, served as a national official in the High School Democrats and College Democrats, worked on the Obama campaign’s National Youth Committee, and did consulting work for Democratic candidates.

During the early years of the Obama administration I saw firsthand how the optimism and audacious hope that brought President Obama to office soon began to turn to resentful hatred of conservatives and worsened as time went on.

Nowadays this new visceral hostility has led many on the left to paint even the most mundane policy action by Republicans as “racist” or “killing people.” This was a standard liberal talking point during the fight over Republican efforts to repeal and replace ObamaCare and in the current fight over the GOP tax bill – “Armageddon,” as House Minority Leader Nancy Pelosi, D-Calif., has called it.

This hostility explains how we went from the party of Bill Clinton, which won states and districts deep in Middle America, to Hillary Clinton dismissing half the country as “deplorables” two decades later. Hillary Clinton contributed to the seemingly unbridgeable and historic political divide we now see in our country.

I believe the origin of the turn towards hatred of conservatives and hyperbolic rage was in the 2009 to 2010 ObamaCare legislative process and the subsequent 2010 midterm election sweep by Tea Party Republicans.

When President Obama took office at the beginning of 2009, the attitude in the country was one of excitement and hope. While many Democrats still harbored extremely distasteful attitudes towards President George W. Bush, the Obama administration that entered office nonetheless made serious attempts at unity and bipartisanship.

Many in his administration tried to carry out President Obama’s pledge at the Democratic National Convention in 2004 when he said “there is not a liberal America and a conservative America – there is the United States of America.”

On the right, a deep opposition was brewing. The Tea Party formed in early 2009 during the fight over the economic stimulus bill that ultimately passed and soon transitioned to rallying against the ObamaCare bill at town halls across the country.

Democrats were shocked when the people they were seeking to benefit began protesting their policy ideas. Rather than exploring free-market proposals from conservatives, Democrats pressed on and passed ObamaCare. They hoped for a vote of confidence in the 2010 elections from a thankful American people.

A wave came, but it was in the opposite direction as Republicans achieved a historic sweep of Congress. Democrats lost over 63 seats in the House, the largest House swing since 1948.

My Democratic colleagues and associates at the time were flabbergasted. The very people they believed they had been trying to “help” turned against them in droves.

I believe that was when the modern hard left began to take shape. Some Democrats saw all their efforts at cooperation during the early Obama administration years as futile and completely rejected, leading them to believe that Republicans could not be reasoned with, would not compromise and were in some cases ill-intentioned.

As the years went on, the Obama administration itself took a more hard-left turn as well. There was far less outreach to Republicans in Congress, as well as a dramatic drop in cross-party Republican appointments.

President Obama’s rhetoric turned from humorous playfulness with conservative America to often outright open disdain.  Away from Washington, the attitudes of many of those on the left turned even more resentful.

Today we see the manifestation of those attitudes now in full bloom. Few Democrats now have any more interest in bipartisanship, instead preaching to the choir in fundraising emails or on MSNBC about how Republican actions are evil and cruel.

Many “establishment” Democrats still hope for the return of a time when our discourse and process was less polarized. Nonetheless, a new breed of Democratic activists that is rising in the party has no such inclination. For them, destroying conservatives is almost as worthwhile a goal as promoting their progressive causes.

There is no easy solution to our country’s current dysfunctional polarization and lack of political unity, which Defense Secretary James Mattis has described as the problem that worries him most.

But for the sake of our country, Democratic and Republican partisans need to realize that they can be adversaries without engaging in total war, and try to reach compromises that will benefit the American people and move our country forward. As each party moves farther from the center on the political spectrum, working together becomes more difficult. America suffers as a result.

Erich Reimer is a DC-area policy strategist, entrepreneur, financial commentator, and political columnist. He has worked in various roles in government, business, politics, and law over the years. You can reach him at questionsforerich@gmail.com.