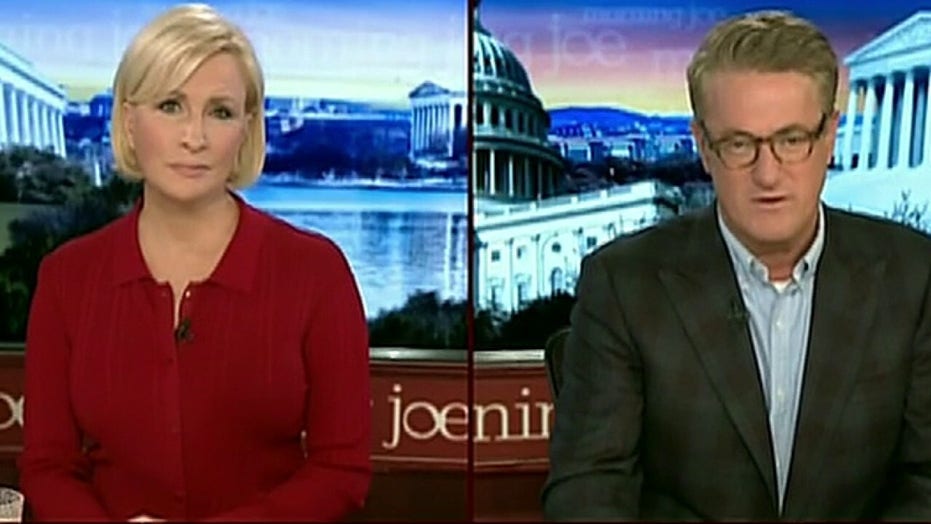 The press go as far to suggest that President Trump demonstrated 'deep psychological distress' during his White House address; reaction and analysis on 'Outnumbered.'

Love is never having to say you’re sorry. Hate, on the other hand, demands an apology.

That’s how the vengeful anti-Trump media handled the post-impeachment week – expecting an apology from President Trump.

The Washington Post was typical, tweeting out a reminiscence from the Clinton impeachment. “After impeachment acquittal, Bill Clinton was ‘profoundly sorry.’ Trump not so much.” The “CBS Evening News” reported that Trump “was not contrite.”

SEAN HANNITY ON THE PRESIDENT'S CRITICS: 'THEY ALL LIVE IN A BUBBLE'

Of course, Trump has also maintained his innocence. But the left-wing media hate the president too much to give him the benefit of the doubt. So they skewered him.

It wasn’t just the lack of apology that infuriated the media. Everything Trump did the rest of the week set them off – from speaking at the National Prayer Breakfast to a victory lap event at the White House celebrating his acquittal in his Senate impeachment trial.

Then Friday night Trump removed officials who he didn’t feel he could work with and journalists went ballistic once more.

CNN’s new White House Correspondent John Harwood may have already set the world’s record for the most bizarre thing said in the first few days on a job. Any job. His take on Trump's victory celebration was the icing on the cake. Speaking about Trump, Harwood said: "It was dark because he's made clear that his mind is dark. This is somebody in deep psychological distress right now. Self-pitying, insecure, angry."

A 2009 New York Times article said that Harwood had studied both history and economics at Duke University. It didn’t say anything about him getting a psychology degree.

Harwood’s network joined him, slamming the event conservatives found entertaining. Anchor Brianna Keilar was ever-so neutral in her description: "You have been watching the president of the United States with an unscripted, vindictive, at times profane, angry, rambling response to his impeachment acquittal.”

CNN’s Chief Political Analyst Gloria Borger followed that with equal viciousness, saying Trump began with “an avalanche of grievance.” She said the speech was “was vindictive.” Borger added: “It was full of revenge, it was mean-spirited, it was poisonous, it was spiteful."

That kind of demented commentary was commonplace.

The week was filled with hyperbolic reactions to all things Trump.

CNN’s Chief White House Correspondent Jim Acosta warned Point Park University students of the threat Trump posed to journalists. Acosta cautioned about “the moment that there’s a dead journalist on the side of the highway, because of the rhetoric coming out of the White House from the president of the United States.”

The Washington Post led its front page with a new round of fighting, declaring: “In acquittal’s wake, a surge of hostilities.” Another story said Trump was targeting “perceived enemies over impeachment.” No matter where you stand on impeachment, people who tried to destroy Trump probably count as real “enemies.” Not just “perceived” ones.

CNN even seemed to be drumming up support for Impeachment Part II. Chief National Correspondent John King told viewers that “double jeopardy does not apply in politics.” That means Congress could go after Trump again.

As the week ended and Trump’s opponents were pushed out of the administration, the media’s fury became volcanic. Both CNN and MSNBC called it a “Friday night massacre.”

The Daily Beast and NPR referred to it as a “purge,” a term usually reserved for Third World nations and third-rate movies. Politico depicted the action as a “Trump revenge campaign,” and then added that “The purge of impeachment witnesses has begun.”

The Washington Post ran an Ann Telnaes cartoon with Trump drawn as a mobster, complete with brass knuckles, under the headline: “Trump: It’s payback time.”

After all, what president who just survived impeachment and a three-year phony Russia collusion investigation isn’t eager to work with the people who tried to destroy him?

Sen. Marco Rubio, R-Fla., addressed media complaints directly in a tweet. “Col. Vindman wasn’t ‘fired’ he’s still an Army officer. He was assigned to NSC to serve the President who has a right to have people he trusts on his staff. Sondland was a politically appointee. No point in having a political appointee who no longer has the Presidents confidence.”

The interesting backdrop of the media meltdown showed how great the week was for Trump. CNN Editor-at-large Chris Cillizza wrote about “8 very good things that happened to Donald Trump this week.” His list included the Iowa Democratic caucuses disaster and strong economic news.

Slate had a similar analysis, saying “Trump is tops this week” because “many signs point favorably in the direction of Trump’s reelection.”

That’s what the freak-out was all about – reelection. Trump lived up to his promise that “we will have so much winning if I get elected that you may get bored with winning." I don’t think any of his supporters were bored. Giddy, more likely.